Retaining the character of a traditional villa often means innovative solutions are required for garaging. Architect Jane Aimer of Scarlet Architects talks about a major renovation to a character home that provides internal access, a new kitchen, outdoor room and pool landscape.

It’s often easy to see at first glance the changes to an older villa or bungalow when living areas are opened up to the outdoors. But there can be a lot more going on behind the scenes that makes a renovation truly magical. This traditional villa, built around the turn of the last century, had plenty of charm, with its gabled roof, bay windows and beautiful return veranda. But a lean-to housing the kitchen and family area at the rear was well past its use-by date, says architect Jane Aimer of Scarlet Architects. “There were other rooms upstairs that had been added, along with dormer windows, at some stage. But these were not working very well either.” Aimer says the owner wanted to open up the house to a new landscaped pool area. But moving an existing garage in the rear yard was the first challenge. “We needed this area for the pool, and we didn’t want to compromise the character of the house by putting a garage at the front,” she says. “So we decided to excavate an area beneath the house at one side to accommodate a double garage with internal stairs. This was the starting point – it freed up the outdoor space.” The architect says the entire lean-to was then demolished and the rear of the house rebuilt. The walls were pushed out slightly to provide a bigger kitchen, dining and family room, and a large covered deck was introduced. “With its long window seat and painted tongue-and-groove ceiling, the deck is reminiscent of an old-fashioned sun porch. It faces north, so it gets the sun all day, and it has lovely views of mature trees and Mt Eden.” The extension features similar painted weatherboards to the original house, and has matching bay windows. It also has large bifolding windows in the kitchen that open out to the deck, creating a flush serving hatch for the barbecue area. “We kept the kitchen in the same place, as the owner liked the way this worked,” says Aimer. “But everything else changed.” The new kitchen has a large island that is almost a square. This provides plenty of bench space for food preparation and serving. The front of the island features backlit Opalite translucent laminated glass that helps to bounce light around the room. The large pocket doors concealing the pantry are also frosted glass. These can be pulled right back, so the entire pantry is open to the kitchen. To add visual definition to the rear wall of the kitchen, the high bank of cabinets around the tall appliances features a dark-stained timber veneer, while the rest of the cabinets have a white lacquer finish. “The stairs from the garage come up into the house on the other side of the pantry wall, so the access is a lot easier than it was with an external garage,” the architect says. “The owners virtually arrive straight into the kitchen.” A long living room in the original part of the house was opened up to the family room. Formerly, it was a closed-off room that opened to a side passage from the front door. “We also widened the hallway near the kitchen so the space doesn’t seem so cramped,” says Aimer. “It has become a much more free-flowing interior, which is better suited to a young family. At the same time, however, the house still retains its traditional elements – there are formal rooms off either side of the entry passage.” Further major changes were made to the upper level, which now houses a new master suite, two bathrooms, another bedroom, home office and storage area. “Essentially, this became a three-storey renovation,” says the architect. “We created a new wider stairway to the upper level, so it is more in keeping with the rest of the house. We also added a new gable end and dormer windows for the master bedroom, which echoes the look of the original gables.” The landscaping is another major feature of the remodel. Wide concrete stairs now lead down to a swimming pool with an integrated spa pool. A fixed louvre fence along the side boundary is angled to provide a glimpse of the lush greenery on the other side, while still providing privacy for both properties.

Addition of a contemporary library to this grand house using natural materials including schist.
Bookmark0 Save0 Share0 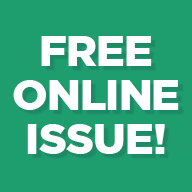