Strange’s building in Christchurch, by Sheppard & Rout Architects, has an exposed steel structure, coloured glass fins and a vibrant laneway with bars and cafés. Architect Jasper van der Lingen talks about the influence of the earthquakes on the building design.

As the first permanent buildings to be completed in the former Christchurch CBD Red Zone, the Strange’s and Glendenning Hill buildings have caught the eye of designers, developers and locals alike. Architect Jasper van der Lingen of Sheppard and Rout Architects says this is not surprising, as everyone has been waiting with interest to see what forms new CBD buildings will take in the post-earthquake reconstruction. “We were the first cab off the rank, so to speak, so we spent considerable time discussing this very issue with the owner, KPI Rothschild Property Group,” van der Lingen says. “The city was still experiencing large aftershocks, but the owner was adamant the damaged heritage building should be replaced as soon as possible. We had considerable debate and discussion about the design, and it became clear that the buildings needed to look strong. Being able to see the structure of a building is a visual reassurance that it will withstand future earthquakes.” Van der Lingen says the same owner had only recently strengthened the historic 1882 Bonnington brick and stone building that adjoined the original Strange’s building, so it survived the quake. The team realised it could play a crucial role in the design, creating a raw, textural backdrop to a new laneway and courtyard that would be home to a number of cafés and bars. “The Christchurch City Council is encouraging such mixed-use developments and laneways as part of the urban blueprint for the city. It is all about revitalising the city and making it a lot more liveable and friendly.” “For the new Strange’s and Glendenning buildings, we chose to express the steel framework on the outside of the building, so the bones and structure are clearly visible – the strength can be seen at a glance. The two buildings are seismically separate, however, and the Glendenning building has a Lichfield Street address.” Sheppard and Rout Architects also created a large egg-shaped cylindrical concrete core, which provides the main structural support for the Strange’s building. The form of the cylinder, which features concrete half a metre thick, is exposed on all levels, and pops out the top, so it can be glimpsed from many areas. “The oval shape is one of the strongest forms in nature,” says van der Lingen. “The client wanted a building that would last forever. It wasn’t enough to just meet earthquake codes – we needed to surpass them, so this building is built to IL4 level, which is usually restricted to emergency facilities. This means the building is built to a standard that is 188% of the earthquake code for Christchurch.” 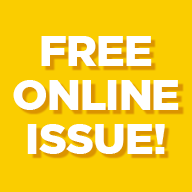