The Australian Institute of Architects raises the benchmark with its new commercial office building on a prominent city corner. Architect Adrian Stanic of Lyons Architects discusses key points of difference that set 41X apart from other commercial building projects.

There was a lot of interest in what was proposed for this prime corner building site in the heart of Melbourne. And it's scarcely surprising -- the site at 41 Exhibition Street was owned by the Australian Institute of Architects, which was looking to develop a new commercial building. Architect Adrian Stanic of Lyons Architects, the firm that won a competition to design 41X, as it is known, says the word "exemplar" was used a lot. "The institute was looking to create a benchmark office building that would achieve a very good outcome in terms of both architectural excellence and commercial performance," Stanic says. "In addition, it became increasingly clear as the design evolved, that the building should set a precedent for sustainability." AIA president Paul Berkemeier says that not only was the institute wanting to set serious design benchmarks, but the development also needed to be a prudent investment that would stand the institute in good financial stead for many years to come. However, at 300m2, the size of the site was a challenge for the design team. Stanic says compared to other city blocks, it is a postage stamp. "But it is a premium location amid a lot of solid stone and concrete commercial buildings, and prominent heritage buildings, such as Parliament House. We chose to reference this typology in the materials and form, but in an abstract way. Cost considerations meant we couldn't build in stone, so we chose concrete." 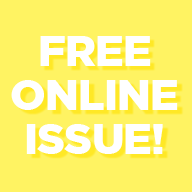