Rapid economic growth in China over the past decade has prompted a major shift in focus for trade and industry operations as closer ties are forged with western countries.

With many of China's exports heading offshore from the southern provinces, the country has responded to a need for a new financial gateway to the south – just as Shenzhen, near Hong Kong, was developed as a new industrial centre to service the growing export market.

The Shizimen Central Business District in Zhuhai has been earmarked for this role, and the recent soft opening of the Zhuhai International Convention and Exhibition Centre is the first stage of the masterplan.

The development, strategically located on the Zhuhai waterfront, is designed to maximise Shizimen's close proximity to Guangdong, Hong Kong and Macau – it is envisaged the development will be a catalyst for economic development of the entire Hengqin Region.

Establishing a new CBD from the ground up has also given the Zhuhai Municipal Government an unprecedented opportunity to create purpose-built facilities and distinctive architecture. Architect Gordon Affleck, formerly of RMJM and now with 10 Design, was commissioned to design the concept plan and lead the design team right through to the detail design phase. 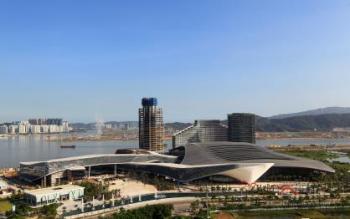 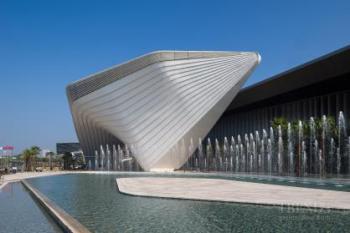 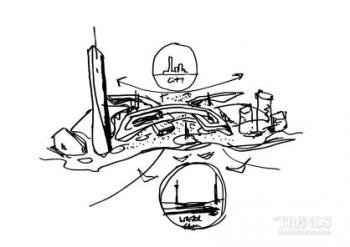 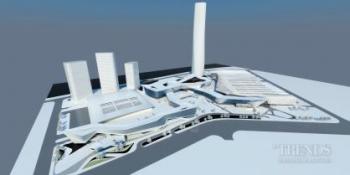 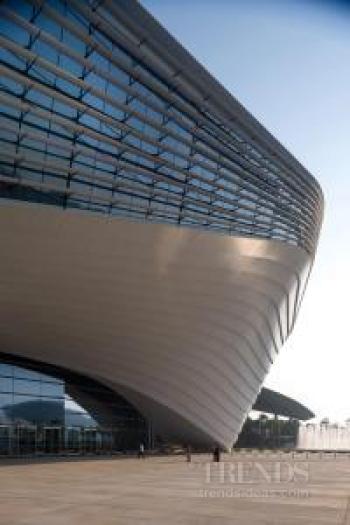 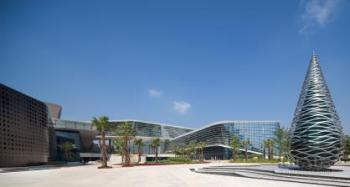 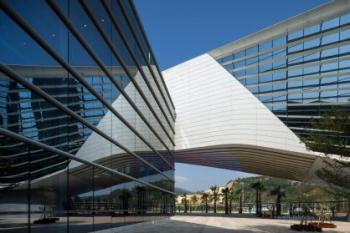 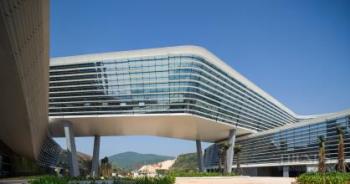 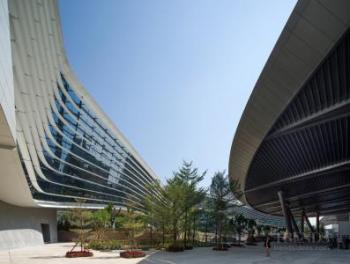 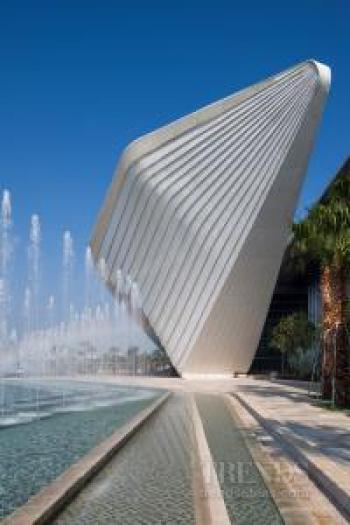 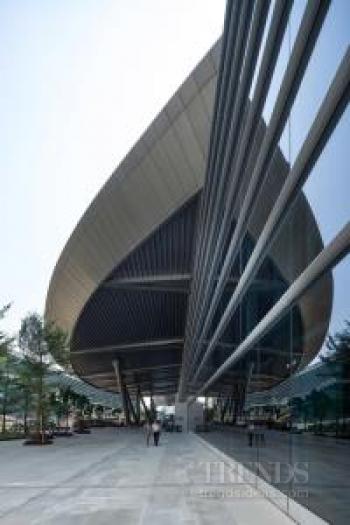 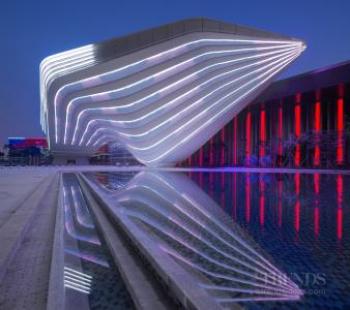 "Commercial sustainability was critical," Affleck says. "Many centres are admired for their civic grandeur, but they do little to activate a site outside of the days when conventions, conferences and exhibitions are being staged. They are often empty for long periods, or used for private functions. This facility needed to provide a public amenity as well as a civic one, and this principle has been adhered to throughout the whole design process."

In keeping with this aim, the team designed a lively pedestrian plaza linking the main road in front of the centre with a waterfront plaza behind. This in turn is activated by retail, food and beverage and garden areas.

"A commercially successful development also requires a complementary mix of uses to make it work as a stand-alone destination, with continual occupation beyond the limited convention and exhibition centre operations," the architect says. "So we set out to create an urban waterfront destination. In addition to the conference and exhibition centre, the first phase incorporates low-rise offices, serviced apartments, an international 5-star hotel and a Super 5-star hotel on top of a 62-level office tower, which is still under construction.

"All these facilities will be used on a permanent, ongoing basis, so the retail and food-and-beverage outlets will be sustainable, with constant revenue. And they will in turn attract more business."

But it's the innovative architecture that is turning heads in Zhuhai. Affleck took his design cue from the natural landscape.

"Zhuhai is a place of great natural beauty – it is regarded as China's ‘Garden City', due to its rich natural resources and its famous coastline, which is characterised by unique rock forms," he says. "The organic architectural elements emulate this sculpted shoreline, so they sit at ease with the waterfront setting."

The convention and exhibition centre has a vast, curving roof that swoops low on two sides, providing cover and shade for the entrances.

"It is almost as though the entire building has been shrink-wrapped," says Affleck. "It's a very large volume, but we wanted to retain as much of the wider landscape as possible, and the shape helps to achieve this – you can still glimpse the natural landscape that lies beyond."

The sense of connection is enhanced by an elevated architectural ribbon of offices and retail outlets that winds around the site, helping to link and define the public and civic spaces.

"The urban ribbon houses a variety of purely public functions, with offices on the upper levels," the architect says. "It physically connects the main road with the waterfront. But it also acts as a screen, separating the public from the semi-public functions, while at the same time framing key views, both internally and externally."

The ribbon wraps around specific civic spaces, such as the theatre and convention centre.

"It lifts and opens to create a number of special entry points to varying zones," says the architect. "For example, facing Nanwan Road, the ribbon creates a formal entrance to the exhibition centre by day, and a vibrant arch by night. It also frames the entry to the music hall and theatre on the elevated plaza, which provides views to Macau."

In addition, the ribbon helps to define a series of intimate garden spaces, which are key circulation areas. These sunken gardens also provide daylight wells to the car park below. Again, both the hard landscaping and planting reference the sculptural forms of the Zhuhai coastline.

The ribbon is articulated by sun louvres, and shiplapped aluminium panels on the sections that touch down on the ground.

"We spent a lot of time rationalising the geometry of the ribbon, and the fenestration," says the architect. "But it is a fairly simple construction. The deeper sections, where there are no windows, accommodate mechanical plant. Energy efficiency is aided by the sun louvres, and also by the narrow width of the ribbon, which allows natural light to penetrate easily from both sides."

Flexibility was another key driver for the design. In order to cater to a wide audience, it was critical that the convention and exhibition centre could hold a multitude of diverse events, and have the ability to segregate or mix delegates.

"This required a high degree of planning flexibility," says Affleck. "So, while the exterior of the building that incorporates the offices, retail, food and beverage facilities is sculpted in form, the internal planning is rational and flexible."

Altogether the development provides 360,000m2 of floor space, including the towers, hotel and convention centre. The centre itself incorporates large banquet rooms that can host 4000 people, a music hall that can seat 800 and a full orchestra, and a 2000-seat theatre.

The first phase of the CBD development includes a 548-room Sheraton Hotel that had a soft opening at the end of 2014 – this wide building tapers symmetrically towards the upper levels. It sits near to a tower block featuring 450 serviced apartments.

The 320m-high, 62-storey tower is designed to act as a visual beacon. It addresses the Macau Tower across the water, and the future super high-rise buildings of the Henqin region on the opposite shores.

"The tower has a dynamic form, but it is not twisted," says Affleck. "The larger floorplates that service the Grade A offices are at the bottom, with smaller floorplates for the 250-room St Regis Hotel on top. It's a simple sculptural transition that also acknowledges the view."