An extension to this traditional bungalow has created space for a light-filled, contemporary kitchen that opens up to an expansive outdoor living area

It's a story repeated all over the older suburbs – a traditional bungalow is loved for its charm and character features, but the kitchen leaves much to be desired.

While most of these bungalows have undergone several kitchen renovations over the years, sometimes a more dramatic approach is called for.

For this project, an extension was added to the rear of the house to accommodate a new kitchen and family living area. Kitchen designer Anna Welsh says that while the traditional features of the bungalow have been retained at the front of the house, the rear reflects a much more contemporary architectural influence.

"The kitchen consequently needed to have a very modern look, but it also had to work in with the older part of the house," she says.

To provide visual continuity, Welsh says she chose to paint the entire interior in Resene Quarter Parchment. The kitchen cabinets are lacquered in a similar colour, and a low-iron glass splashback was also painted to match. 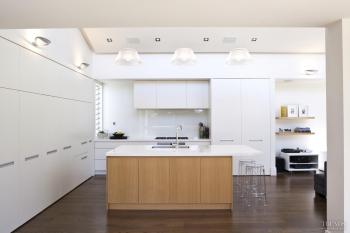 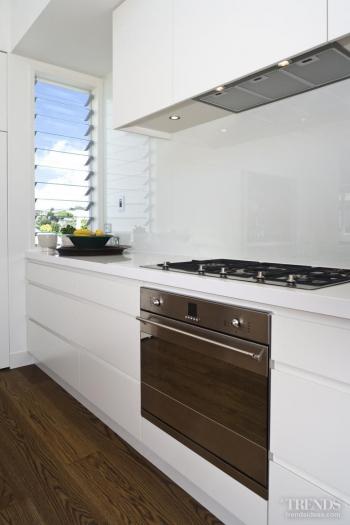 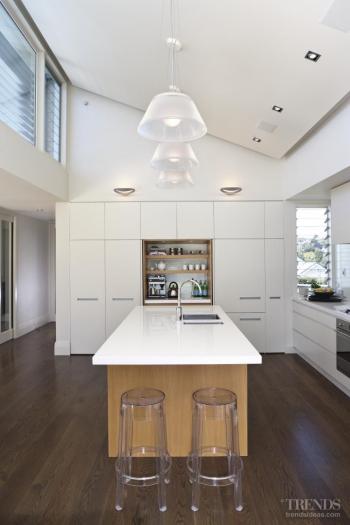 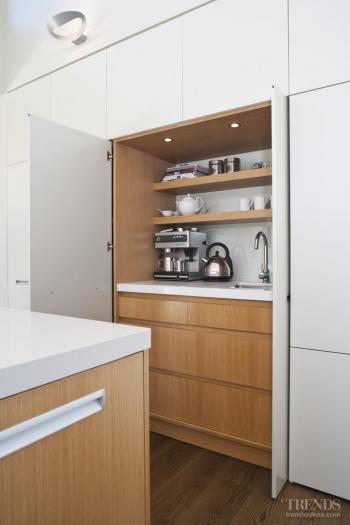 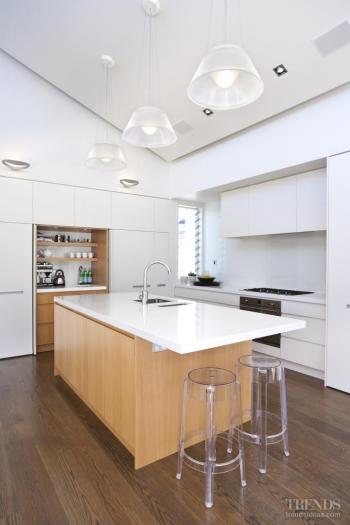 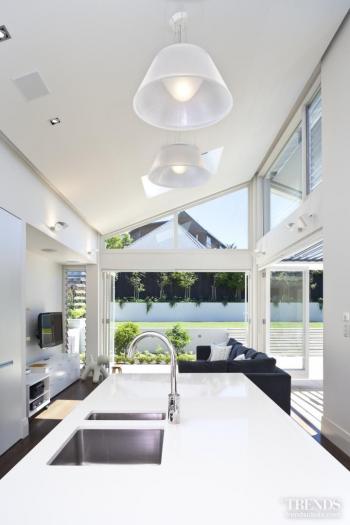 "Keeping everything streamlined and uncluttered was essential," says Welsh. "For this reason, the cabinets are all flush and the drawers have shadow gap handles. The main bank of cabinetry has a secondary food preparation area and coffee machine hidden behind pocket doors that fold right back when open. This area features solid American oak shelving that matches the veneer on the island."

Wherever possible, appliances were integrated to enhance the sleek look. The pantry, on the right of the cooking centre, also accommodates a food prep area, with a bench and storage for small appliances.

Welsh says dramatic lighting was needed to set off the high, architectural ceiling – so Flos Romeo Moon pendants were suspended above the island.