What is the most appealing feature to consider when buying a condominium for remodeling? When one potential owner is a writer and the other a playwright, it makes sense that light-filled windows and a peaceful air would be high on the list.

This was the criteria when owners of this second-floor condominium first considered buying the space as a creative bolt-hole in close proximity to their own home. While the dilapidated condo was severely rundown – the wiring had even been stripped from the walls – it clearly exhibited the necessary amount of window space. However, it required architect and designer Todd Pritchett to introduce the peaceful flow and light-filled ambience to the compartmentalized rooms.

"Initially the couple had thought a minor renovation would be sufficient but the poor state of nearly all the rooms necessitated a complete revamp," says Pritchett. "We stripped the unit back to its studs with only the living room French doors, refinished wood floors and floor tiles in the bathroom remaining intact."

A substantial aspect of this project was removing all windows and replacing them with identical custom versions that could carry the appropriate insulation. Great lengths were taken to preserve the look of the turn-of-the-century exterior – layers of paint were applied to the window frames to achieve the right time-worn appeal.

"I opened up the rooms, previously connected by modest doorways. However instead of removing the walls completely, I left the edges as open-partition framing to retain the existing spacial proportions." 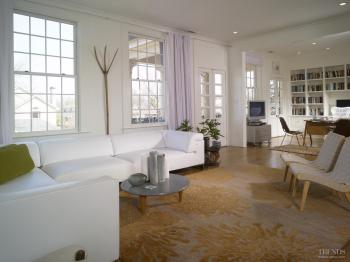 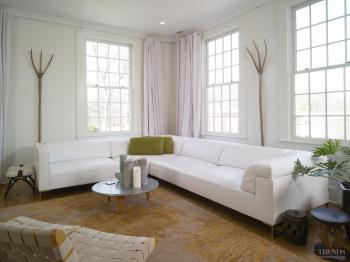 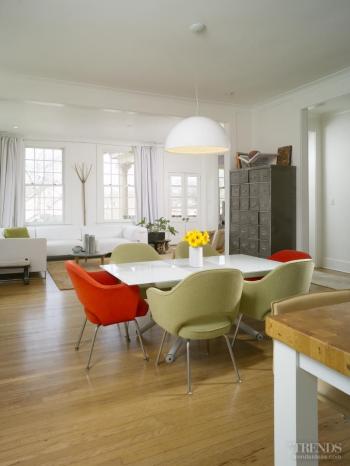 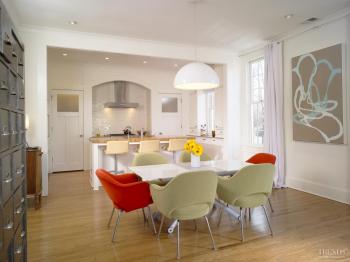 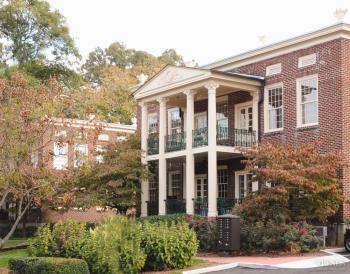 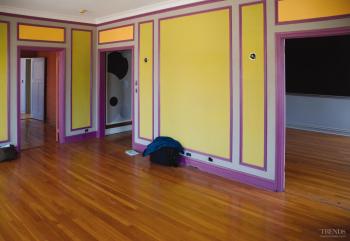 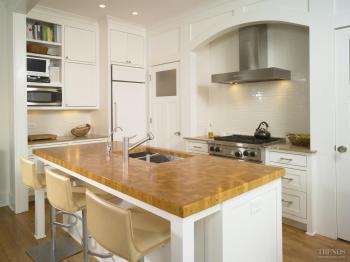 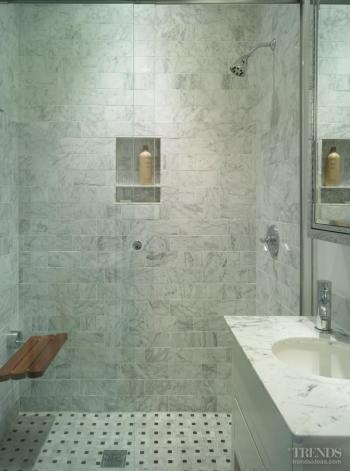 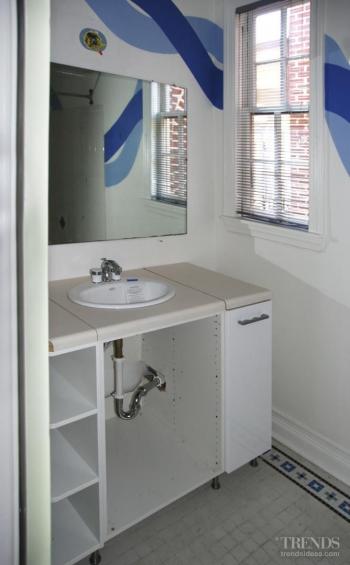 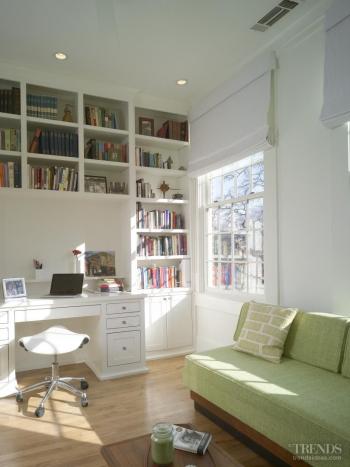 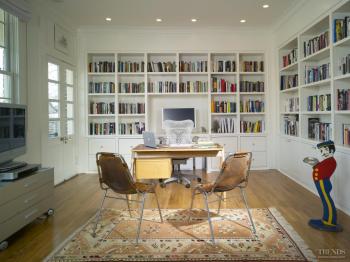 These century-old spaces were closely considered in terms of relationships between windows, wall heights and room lengths and Pritchett kept to that balance.

"An important part of the renovation was improving the connections between areas of the unit," says the architect. "A door to the hall and bedrooms from the study was closed off – deftly separating the public spaces from the private areas.

"Similarly, the hall and kitchen areas were reworked bringing additional closet space to the master bedroom."

In terms of decor, the clean, minimalist lines of the condominium are heightened by expanses of white walls and a large white sofa in the living area.

"Detailing, such as the trim, is kept minimal, offering a bridging element between the building's age and the modern layout and decor," says Pritchett.

The owner says the pitchforks in the living area provide a rustic contrast to the contemporary aesthetic. They also draw the eye up through the 13ft-high space.

While one owner has the open study as his workspace, his partner prefers the intimate setting of a repurposed bedroom as her place of writerly inspiration.