In the current economic climate, no company makes it to the top 50 of the London Stock Exchange without showing an ability to adapt and move with the times. Experian, a company specialising in the provision of information services and decision analytics for the financial sector, is not only on the FTSE top 50, but in 2008, it boasted the third best performing stock.

Experian's continuing high performance can be attributed to a number of factors, including a recognition of the value of its employees. The provision of an attractive, contemporary work environment has long been a priority for the company, and is reflected in the design of Experian's new research and development centre in Cyberjaya, Malaysia.

Operations director Andy Went says the new office had to meet the needs of a predominantly young research team – most of the staff members are aged between 25 and 30.

"We wanted an exciting office with a strong focus on social elements – much like a corporate internet café," he says. "It had to have that kind of buzz. We wanted people to want to go there, rather than feel they have to go there. We also believe that if you get the best people and provide the best office, you have no excuse for not producing the best software."

Axis Identity Group won the tender for the project, with a design that places all the workstations and meeting rooms around the outside of a social hub. Design director Yenn Yap says the social hub, which is accessible from 360°, incorporates break-out seating areas, a cafeteria, games and television rooms, including blue and red rooms with coloured glass walls. 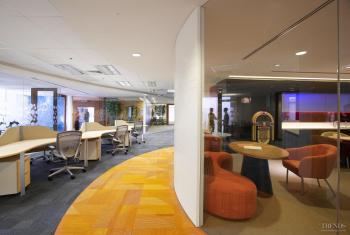 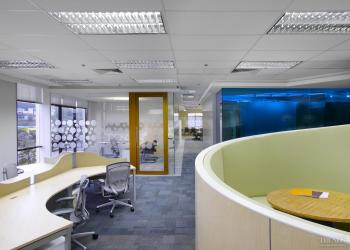 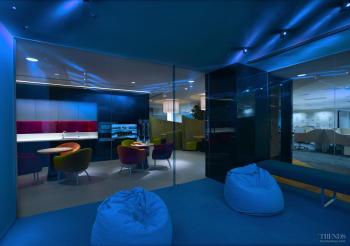 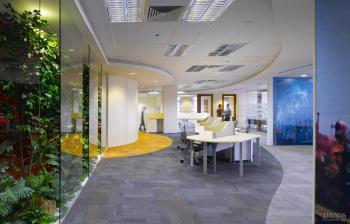 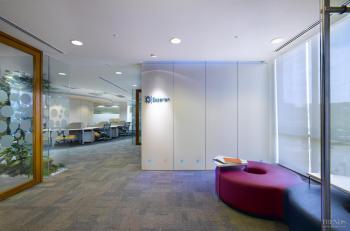 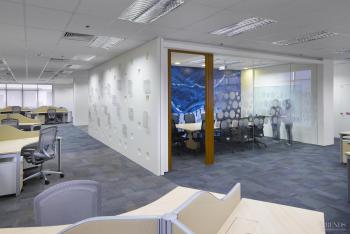 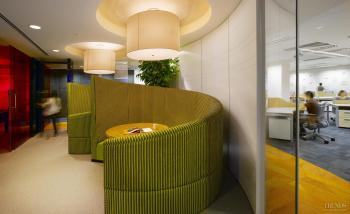 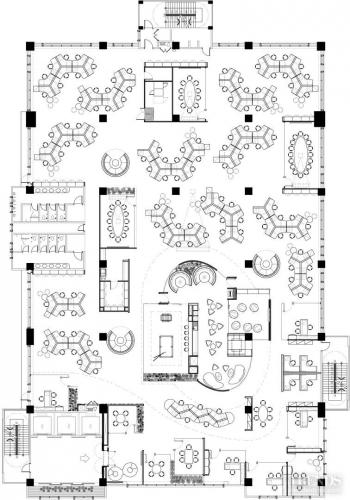 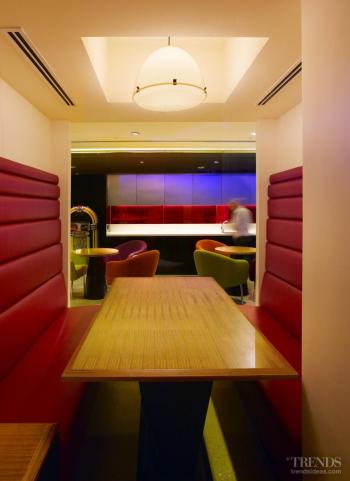 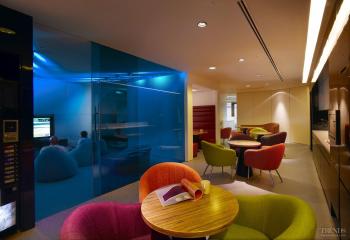 "A lot of the space in this office has been given back to the staff," Yenn Yap says. "Experian has a very open-minded approach to the workplace. The company encourages communication and co-operation and understands the benefits of social interaction."

In keeping with this philosophy, the hub is designed to provide transparency – staff can see through to other areas of the office, so there is no sense of being cut off. At the same time, however, semi-circular pod seating helps shield the social area from the workstations, providing a buffer zone and a place for impromptu meetings.

"The company recognises that meetings don't necessarily have to take place in a formal meeting room," says the designer. "Consequently, we have provided plenty of informal seating areas for casual meetings, in addition to the six meeting rooms scattered through the office."

The interior was also designed to meet Experian's corporate guidelines.

"The company already has a very strong presence in the market, so it didn't need a loud, brash fit-out," the designer says. "The entrance, for example, is rather understated. The company's blue logo sits on a white wall with a row of small blue LED lights and one red one lined up along the bottom. And Experian chose not to have a reception desk – the staff sitting closest to the entrance greet visitors."

Lush greenery, in the form of vertical gardens, helps soften the entrance. It is also a visual acknowledgment of the sustainable design practices implemented in the fit-out. Sustainable materials were used wherever possible. The nylon carpet was manufactured from recycled materials, as were the circular MDF walls. The design team also used recycled compressed plywood to form table tops in the café and wall panels near the entrance.

Other key design features include a series of large, blue-toned wall murals in the meeting rooms, which highlight some of the seven wonders of the world. Further colour is provided by the office furnishings. The '50s-style diner booth seating in the staff café is vibrant red, and there are green, orange and fuchsia-coloured chairs around café tables.