With an English accent

With an English accent Discover this article's resources 0

No matter what architectural style you prefer, good landscaping will enhance the character of your home. It can also provide attractive outdoor living areas that can be enjoyedall year round.

For the owners of this English-styled manor home, landscaping was an intrinsic part of the overall design, says architect Bill Harrison.

"The main living rooms at the rear of the house were designed to flow out to large terraces and gardens," he says. "They were also positioned to maximize an attractive view over a golf course."

To overcome the challenge of a site that sloped up from the house, the garden was terraced with small stone walls. This created attractive sunken gardens near the house, says Harrison.

Landscape architect Mary Palmer Dargan ASLA, who was involved with the garden design from its conception, says the owners had clear ideas on the look they wanted. 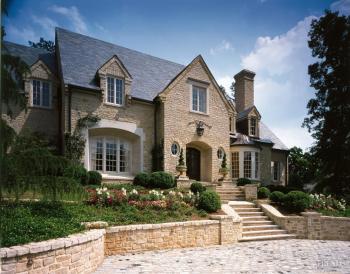 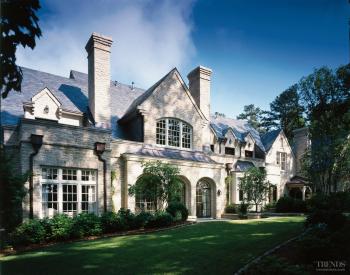 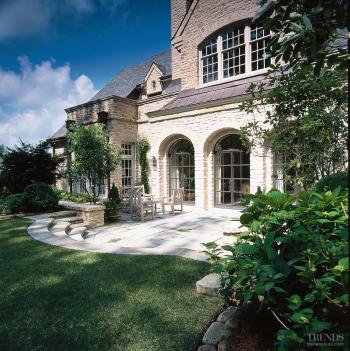 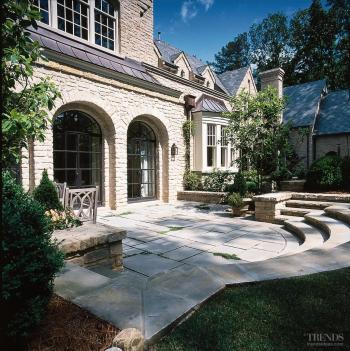 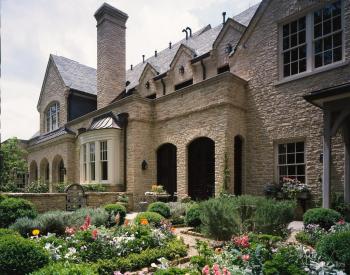 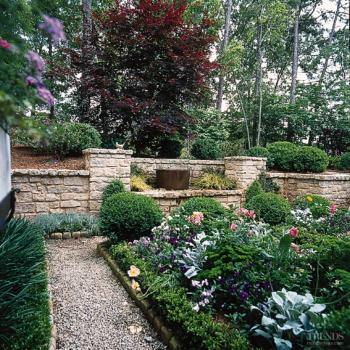 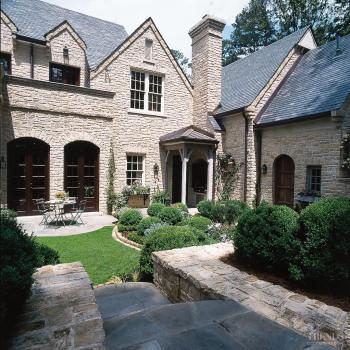 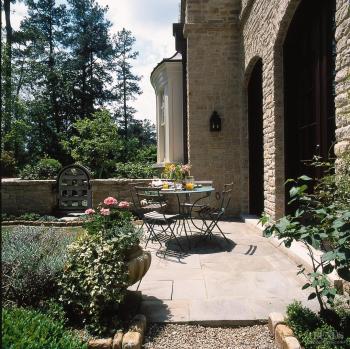 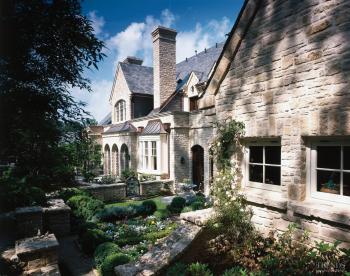 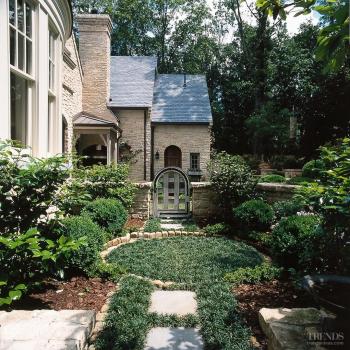 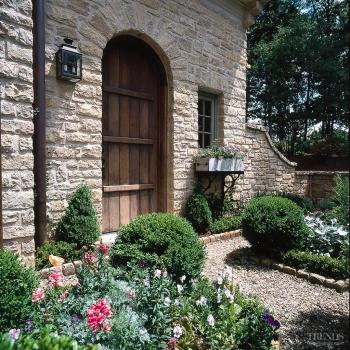 "The garden needed to have English undertones," she says. "For example, they wanted a kitchen garden that would be overlooked from the breakfast room. It was also important to have seasonal perennials, so there would be vegetables and flowers to pick all year round."

Dargan designed this garden on a formal four-square layout with a circular plot in the centre.

"This is one of the earliest garden designs, which dates back to 800AD," she says. "It helps to make the garden feel as though it has always been rooted in this spot. The plantings also havean old-world flavor."

The kitchen garden includes verbena, salvia, pineapple sage, parsley, thyme, rosemary and chervil – the herbs and vegetables change with the seasons. Rounded forms of American boxwood anchor the corners of the gardens, while Kingsville box features as an edging.

Gravel paths, cobblestone borders and stepping stones add to the authenticity of the landscape, as does an arched trellis gate that separates the kitchen garden from the more formal landscaping.

"The path and gate are in line with an arched door to a potting shed, so the eye is lead on," says Dargan. "Similarly, an old copper, which we have made intoa fountain, is a focus of the view in another direction."

A large, semi-circular terrace that is reached from the formal living room is the centerpiece of a separate outdoor room on the other side of the trellis gate. This is bordered by perennial gardens, which include roses that are visible from inside the house. Winter flowering closer to the walls of the house is provided by camellia bushes, both sasanqua and japonica varieties. Stepping stones leading away from the terrace are interspersed with Ophiopogon grass.

Wide stone steps from the terrace lead up to a swathe of lawn and a landscaped area featuring native trees and bushes. Flowering plants in this part of the garden include magnolia, azaleas and hydrangeas, chosen to meet restrictions imposed by the proximity of the golf course.