With a suburban edge

With a suburban edge Discover this article's resources 0

Success in manufacturing invariably leads to expansion. But it's not just space issues that can be addressed with new premises – buildings can also be designed to reflect changing work practices and company values.

Tasti, a confectionary manufacturing business founded in the 1930s, commissioned a new head office to replace the two small Lockwood houses it had been using for many decades.

Architect Colin Leuschke of Leuschke Group says the company had outgrown its office premises, but there was ample land available on the site to create a new building that would link to the manufacturing facilities.

"While this has been an industrial zone for many years, the site is a little unusual in that it has residential neighbours across the road and behind," says Leuschke. "Consequently, the building needed to blend in as much as possible. It needed to have a low profile and not announce its presence as a large industrial concern. We wanted to break down the building visually, and give it a human scale so it would not be too imposing." 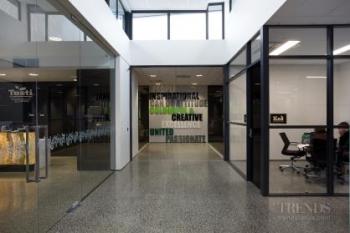 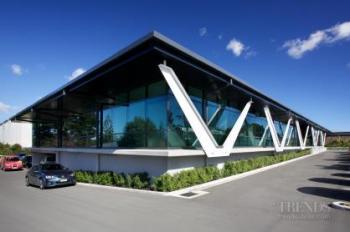 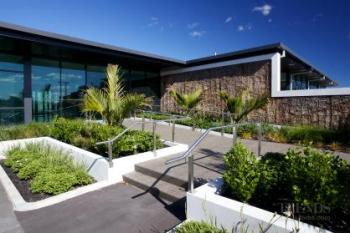 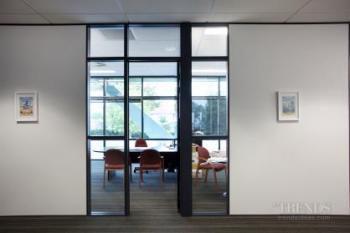 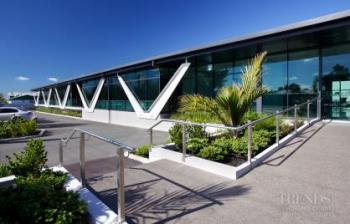 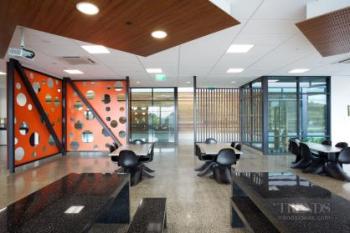 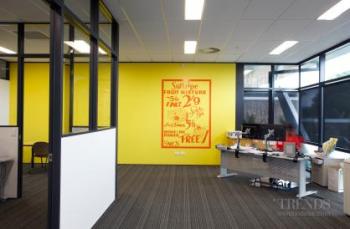 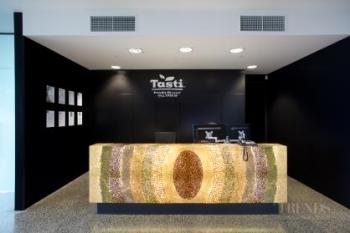 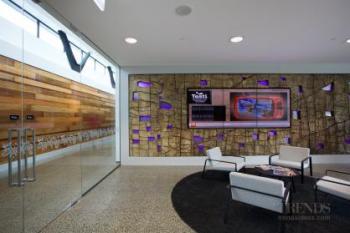 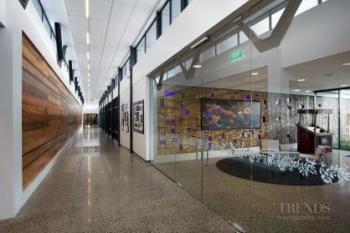 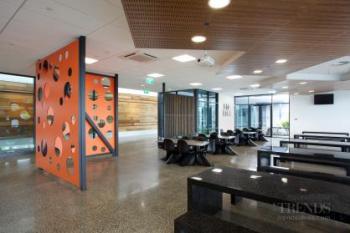 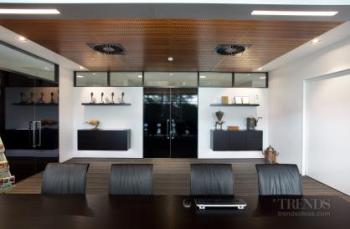 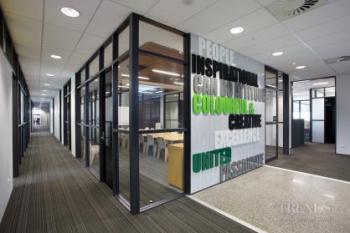 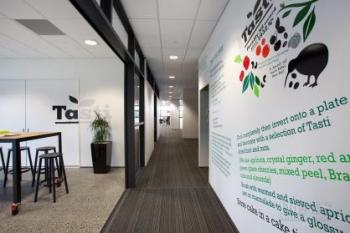 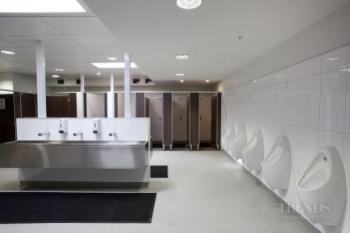 "These elements provide a degree of separation between the people on the inside and those on the outside. We also terraced and landscaped the entry so it is very understated and almost domestic in scale. In a sense, this could almost be a very large family home."

Textural elements feature strongly – a urethane art wall created by Unique Ltd forms a backdrop to the landscaping. The wall, which references the history of the company and its people, extends through to the interior where it incorporates irregular cutouts backlit by LED lighting.

"The visuals were a key part of the brief from the company, which values its staff highly," says Leuschke. "It was essential to make this a pleasant, inviting workspace that would help the firm attract and retain good workers."

The architect says the visuals were also a way to inject a little humour into the design. The reception desk, for example, resembles a giant muesli bar, with nuts and seeds embedded into the front panel. A black backdrop, which relates to the Tasti corporate colours, enhances the visual drama.

In terms of the interior layout, the main organising element is a wide corridor that forms the spine of the building, connecting all the offices with the cafeteria, staff facilities and the factory beyond.

"This circulation zone, which is defined by a long timber wall made from recycled rimu and matai, functions as an architectural street," says Leuschke. "It links every aspect of the Tasti business and encourages interaction between employees. All the offices open to the street."

Natural light pours into the street, through a band of clerestory windows. Small V-shaped structural steel supports beside these windows echo those on the other side of the building. But the interior supports are black so they stand out against the windows and the white ceiling.

"We brought the garden inside at the far end of the street," says Leuschke. "Workers walking to and from the cafeteria are exposed to greenery and natural light –– it offers an escape from the inside of the factory."

Screens and contemporary furniture in the cafeteria also enliven the work space, with a large orange screen helping to organise any queues that may form.

Leuschke says the office is a very dignified, egalitarian working environment, one that is both grounded and engaging for the workforce.