ELECTRONIC SWIPE keys. Infrared and seismic sensors. Finger print recognition. Anti-bandit glass. In-ceiling barriers ... Mission: Impossible? Could be, but these are all integrated components of the Auckland offices of New Zealand Lotteries.

When you are responsible for millions of dollars, and subject to strict legislative and regulatory requirements, you need to ensure your business is synonymous with state-of-the-art security. And, when you are the public face of a nationwide corporation, and responsible for the training of hundreds of employees and retailers each year, you also want to ensure that the general public has straightforward access to your premises, and your staff has a congenial working environment.

How then to reconcile security needs with the need for general admittance? This was the conundrum presented by NZ Lotteries' new premises.

"The security aspect was always in the back of our minds, but we were keenly aware of the needs of our staff as well," says New Zealand Lotteries special projects manager Kathleen Andree Wiltens. 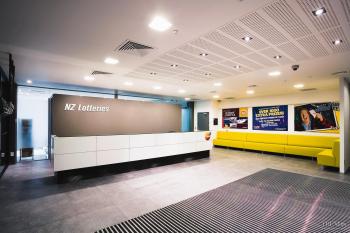 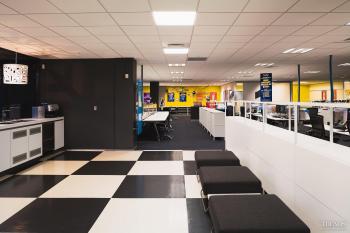 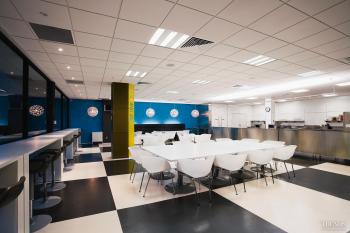 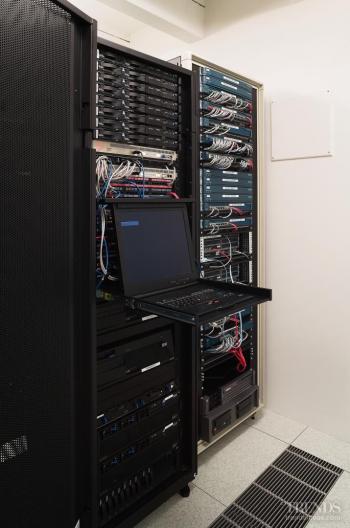 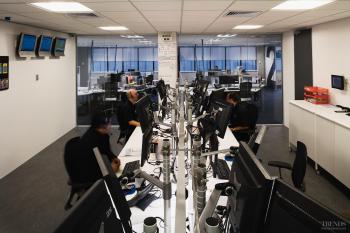 "Although a single level premises would have been more appropriate for such a facility, the design team used the three floors to create a viable split between the functional activities."

Whilst the building houses the Lotteries' 70-plus Auckland staff, the primary function is that of National Operations Centre (NOC). Due to this distinction, the integrity of the data compiled by the centre has to be secured under international guidelines, which necessitated a multi-faceted security system.

"A number of layered security measures have been incorporated to monitor the building both internally and externally," says Hutton.

A range of sensors and in-ceiling barriers inhibit access from the adjacent building, roof and rear of the buildings, as well as what are considered weak points such as ground floor doors and upper floor balconies. Security aside, the NOC also needs protection from power outages, and an equally intricate Uninterruptible Power Supply (UPS) system has been installed.

"One of the reasons for choosing the current site was because it was not connected to a single power grid," says Andree Wiltens. "However, should the supply fail, the UPS has two backup generators, each fully capable of running the system individually."

As a further fail-safe, a network of batteries acts as a back up to the generators.

A number of structural improvements also needed to be carried out to suit the division of the various operations being undertaken in the building.

"For several reasons – most importantly the need to separate visitor areas from the more sensitive areas of the building – it made sense to locate the NOC on the first floor. However, the resulting increased load meant the slab had to be strengthened with steel beams on columns passing down through the building to new foundations at the basement level," says Hutton.

Now you may be forgiven for thinking that all these extra columns, generators, banks of batteries and the like do not paint a pretty picture when it comes to providing an agreeable working environment. That is where David Wingate and Blair Farquhar of Wingate + Farquhar were called in by Beca to provide the interior design solution.

"New Zealand Lotteries had a clear idea of what they wanted to achieve – a durable and collaborative working environment – at the heart of which was the NOC," says Wingate.

The first step was the total gutting of the building and a reworking of the floor plan, which resulted in the meeting rooms being placed against common walls and the office space being moved to the front of the building.

"This allowed us to make the most of the natural light – resulting in a reassessment of the level of artificial light needed – and ensured a better quality of light throughout the space," says Wingate.

Adding to the congeniality is the bold interior design that links the common areas on each floor.

"Staff interaction was a high priority for the new offices, and while the physical restraints of the building meant that not all of the staff could be housed together, the solution was to incorporate a chill-out area on each of the levels," says Farquhar.

These chill-out areas include a canteen on the ground floor for staff and retailers, as well as kitchenettes and balconies on the upper levels. The spaces encourage staff and retailers to interact, fostering camaraderie across all business lines.

Even while working the comfort of the staff and trainees is paramount. Herman Miller workstations ensure total adaptability whether standing or sitting.

"In all we've given them a workplace based on a sound philosophy of being crisp and corporate but with fun and energy across all lines of the business," says Wingate. "The finished result is a perfect amalgamation of our need for security and the desire to provide for our staff," says Andree Wiltens.