What lies beneath – Loft-like apartment by Torrance Goh

an office becomes a home in this Torrance Goh remodel

Usually, it takes an architect or a designer to see the potential in a run-down building. However, occasionally an owner is able to look past the obstructed lighting, ill-considered layout and dilapidated interiors and imagine the transformation that is possible.

This is just what happened when the owners of this Singapore house found a dreary office space, and asked the design team at Farm to reinvent it as a loft apartment.

Lead designer Torrance Goh says the unit was on the second storey of a shophouse in the charming Joo Chiat area.

"We wanted to transform the space for residential living. And, given the setting, our concept was to create a chic, industrial loft – a style made so famous in New York City.

"It was important to optimise the natural light flow to the interior, and access also needed to be improved. We stripped out an earlier addition cluttering the rear entry, and created an airy entrance courtyard in its place. To make the most of the light from the newly opened space, we added massive wood-framed glass doors." 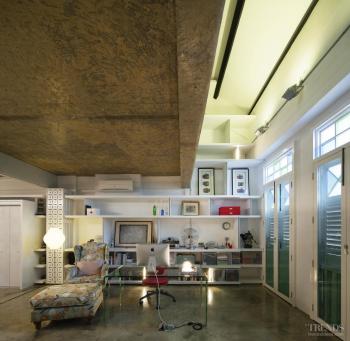 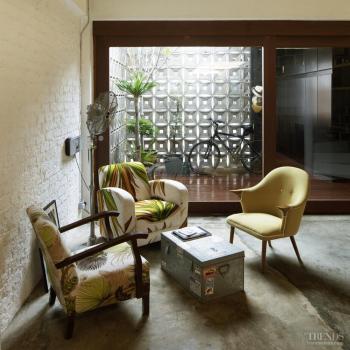 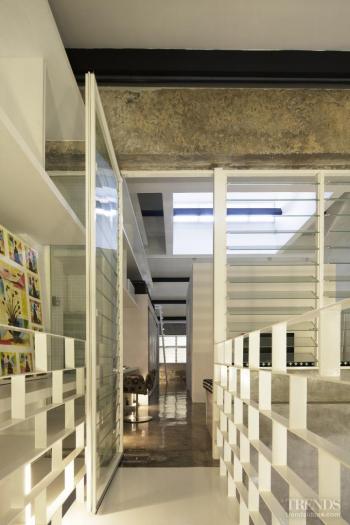 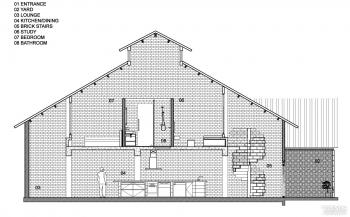 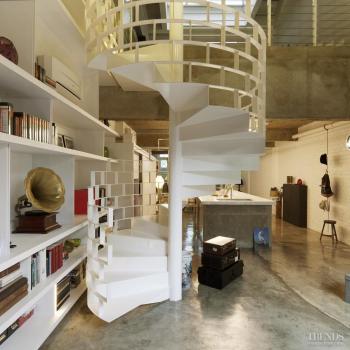 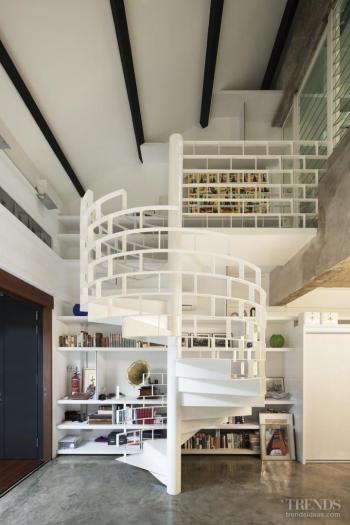 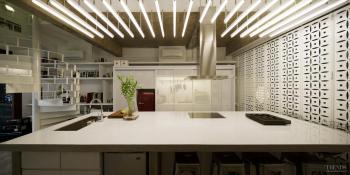 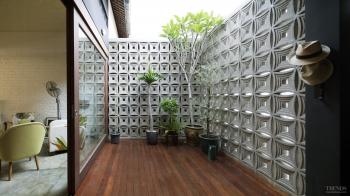 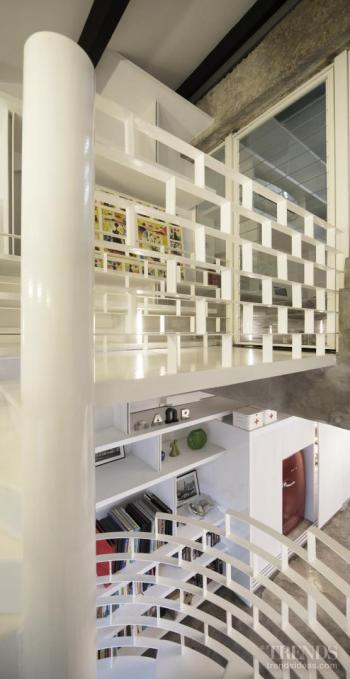 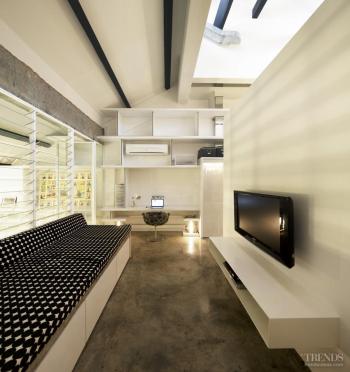 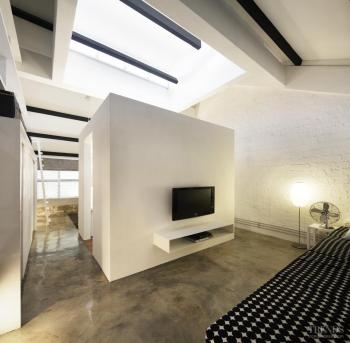 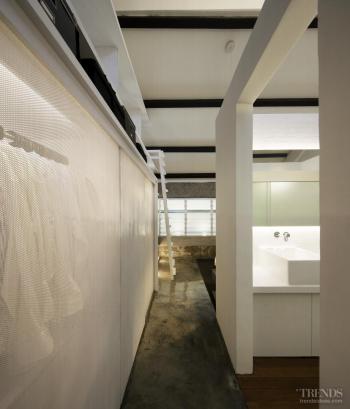 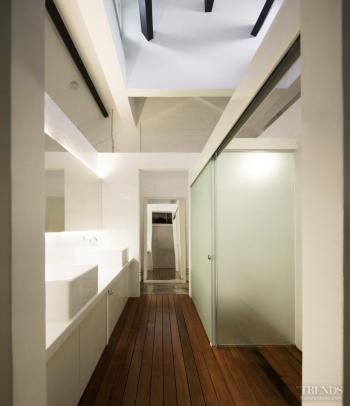 Goh says the courtyard fence was designed to evoke the look and function of classic Asian ventilation screens, which provide fresh air as well as privacy.

Inside, much of the existing office interior was gutted. When the top level of the three-tier unit was taken out, the original skylights were uncovered, and these were replaced by the designer. An end section of the floor beneath was also removed, creating a double-height void which benefits from the light flooding down from the skylights.

One or two concrete beams were retained for character but otherwise, all the internal walls and structures were taken out. The result is a single, open-plan space at ground level. This includes a sitting area by the entry, a kitchen in the middle and a second seating area and office space at the other end.

The room now runs from one end of the apartment to the other, and can be divided by an operable screen to provide intimacy for work meetings. The pattern on this metal screen echoes that of the fence in the courtyard.

Next to the screen, the kitchen has a large island with an expansive work counter, selected because the owners love to cook and entertain. The rear cabinetry is faced in finely perforated mesh, so cupboard contents can be seen when the internal lighting is switched on.

Upstairs, there is a bedroom at one end and a small living area at the other. A cube-shaped bathroom inserted between acts as a divider, with halls along both sides. The geometric form of the bathroom gives it a sculptural appeal – the look is accentuated by the position under the skylight. And as the room has no ceiling, it can take full advantage of the natural light.

"While the new layout optimises light flow and accentuates the good bones of the building, we also wanted to use materials to extend the loft aesthetic," says Goh. "We scraped the old plaster off the walls to reveal rough, red brickwork, which we painted white as a feature wall. On the wall opposite, we created shelving units in a style that mimics the brickwork. And we chose brick-shaped subway tiles for the front of the kitchen island."

The key feature of the interior, a stainless steel staircase and balustrade, is finished in the same brickwork pattern, cut from the metal.

With so many walls removed, the floor had to be completely relaid. This was specified in distressed concrete that fits with the look of the retained concrete and wood ceiling beams.

The design celebrates an industrial rawness often seen in loft-style settings but is tempered by touches of refinement, says Goh.

"Lighting is a key aspect of the design and can change the ambience dramatically. We installed recessed LED lights in the vertical dividers on the bookcase. With these glowing and other lights turned off, the whole space takes on an ethereal feel."