Houses built around the turn of the last century have plenty of character, but they can also be a little too formal for modern family living.

This house, for example, reflected the typical architecture of the period. The formality of the exterior and entry was echoed on the interior, which meant the kitchen was in a room of its own with no real family living space.

The new owners embarked on an extensive remodeling program, which included updating and expanding the kitchen to incorporate a family room, adding a new bedroom for their infant daughter, and adding a resistance swimming pool in the basement.

Architect Joseph G Metzler of SALA Architects was commissioned to design the addition, which was built by Vujovich Design Build.

Metzler says the only area where they could expand the house was to push it out towards a garage, which was connected to the house by a raised trellis walkway. 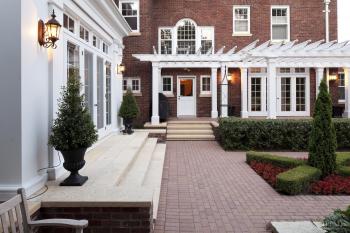 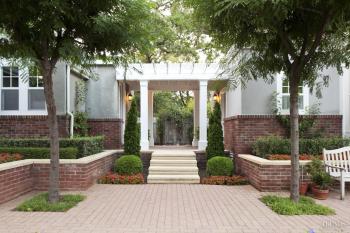 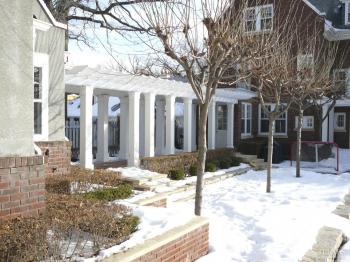 "The property already had a wonderful garden and a terrace off the formal living room," Metzler says. "We didn't want the addition to impact on these features. The size of the addition was also confined by property setbacks and the existing steps leading down from the terrace. We needed to pack a lot of things into a small footprint."

Metzler says the design needed to retain the key axes of the house and garden, and the sense of symmetry.

The existing kitchen was consequently remodeled and extended into the first floor of the addition. This created a large, south-facing family room with French doors opening to the garden. On the upper level, the addition is a slightly smaller volume housing the child's bedroom and a new laundry room.

"One of the key challenges for the design was the need to integrate the addition with the existing buildings on the property, which are quite different" says Metzler. "The house is red brick, but the garage is stucco with a brick base. We needed to find a way to tie in the garage and make all the pieces fit together."

The solution was to clad the upper level of the addition in red brick, while the first floor features a white-painted pavilion-style element linked to a stucco-and-brick form that mimics the garage.

The white trellis walkway between the garage and the house was removed to make space for the addition. But part of the trellis was reinstated in its original form.

"As well as restoring part of the trellis, we were able to salvage the red bricks. Around 70% of the bricks are from a chimney we removed on site."

Access was a key challenge for the builders, largely due to the retaining walls around the boundary. Roskowinski says the team built a ramp over the sidewalk and wall to allow vehicle access. A section of landscaping, including a topiary garden was temporarily removed, then reinstated.