Thoughtful remodeling of this home seeks not so much to achieve extra floor space, but rather to draw together disparate elements. Wall tones and choice of materials both play a harmonizing part

Re-inventing your home's interior needn't be a mad scramble for extra space and smart surfaces. An insightful renovation will make sure that the interior works well as a whole – in terms of function, aesthetics and heart.

While the home shown on these pages already had plenty of rooms and space, the brief for the project was to introduce a sense of connection and harmony, says interior designer Meryl Hare.

"The family wanted an eclectic interior, rich with tone and texture that would provide a warm welcome to family and visitors alike," Hare says.

To make the project trickier, it had to be completed in two stages – first, downstairs with the family living upstairs and then vice versa. The interior was stripped back and reinvented, with some structural elements realigned by architect Linda James.

"As part of a busy family home, the living room was a key element of the remodeling," Hare says. "We sharpened the room's focus by walling-up one of two arched doorways. This made the space feel cozier and provided an additional area to introduce furnishings." 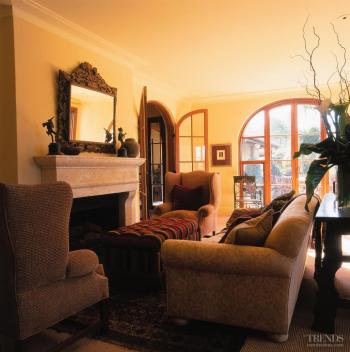 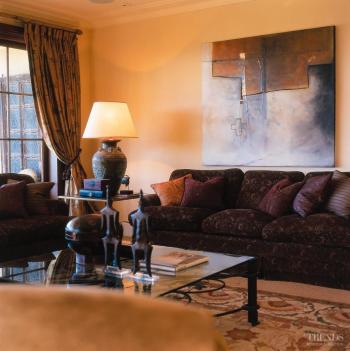 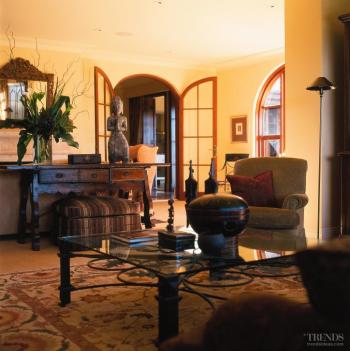 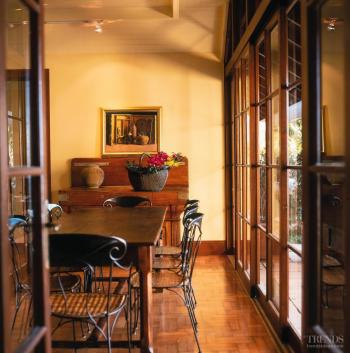 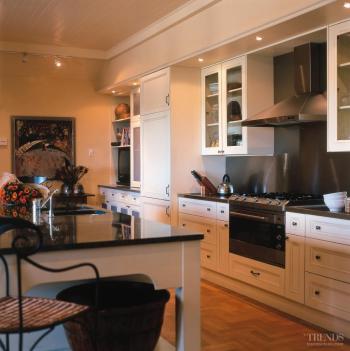 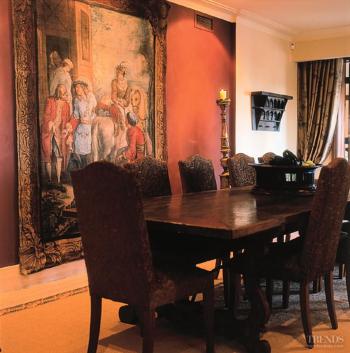 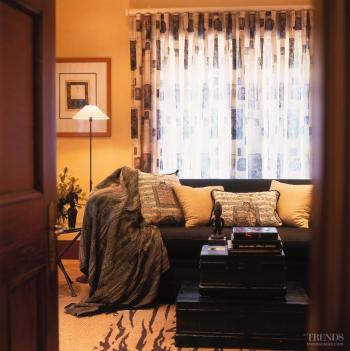 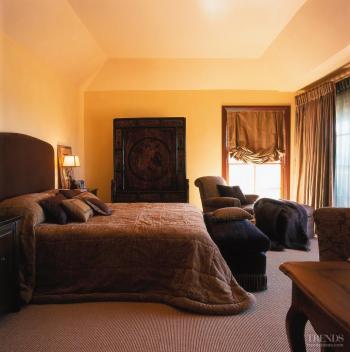 The living room was broken into two conversation areas, which further tamed its proportions. A feature sandstone fireplace replaced a dowdier version and provided a focus for the smaller setting. Achieving two areas of intimacy within a greater space was achieved by choice of carpet, material tones and furniture groupings.

"Around the vicinity of the fireplace, dark furniture pieces and dark-toned furnishings and cushions were introduced," says Hare. "Across the room, closer to the windows, a dark couch off sets a general use of lighter tones that don't overshadow the view.

"The use of 17 or 18 fabrics in the room required a concerted effort to achieve harmony," says Hare. "We used a sample board to gather all the textures and tones in one place before commencing."

Color provided a harmonizing role throughout the home's interior. To achieve a warm, approachable atmosphere, a muted, off-yellow tone was chosen for all rooms, apart from an occasional feature wall. This color both sets the informal tone, unifies the home and provides an ideal backdrop for the owners' ethnic art pieces and array of textured furnishings.

"The same tone carries through into the dining room and kitchen," says the designer. "Originally exposed wood, the kitchen ceiling was painted in a half-tone of the walls to retain a warm feel, lighten the space and increase its sense of roominess."

The finishes were hand-painted, with the brush-strokes still in evidence to contribute to a rustic feel. The approachable tone of the kitchen was augmented by the choice of a table-like kitchen island and customized cabinetry that was not overtly slick.

A similar eclectic yet harmonizing décor was achieved upstairs. The owners even entrusted Hare to decrease the size of the master suite – with the aim of making it more functional in terms of people-flow and closet space.