Now that we're all comfortable with open-plan cooking and entertaining, the next step is to open up the master bedroom and bathroom. According to architect Bud Dietrich, that's exactly what's happening.

"It really is a big trend, but it needs to be done properly, with attention to detail and a design that reflects the personality of the homeowner," says Dietrich.

For this remodeling project, the master bathroom and bedroom were treated as one space, with open access to both areas, and one relaxed visual style throughout.

This reflected the homeowners' preference for a resort-style space – they wanted to feel that they were on vacation without leaving home. They also wanted a warm, comfortable living space to house their large collection of salvaged and found items. Another key part of the brief was a large steam shower room that would re-create a health spa experience.

Changing the existing layout and dimensions was essential. First, Dietrich doubled the space by extending into the back yard. Then he changed the proportions of the bedroom using the ‘golden ratio', an architectural rule based on patterns in nature and used by architects for thousands of years to determine pleasing proportions. 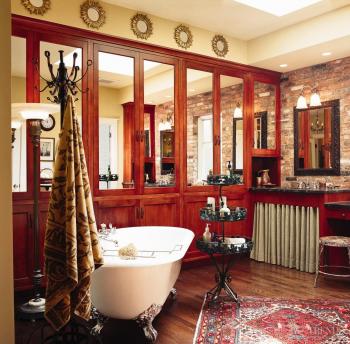 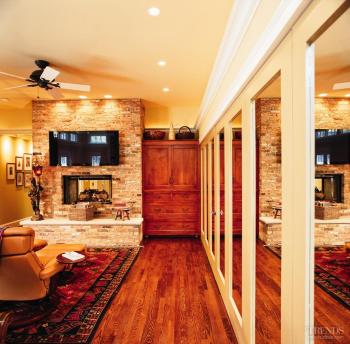 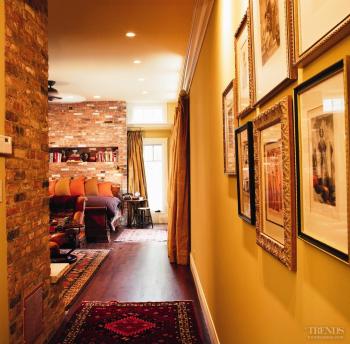 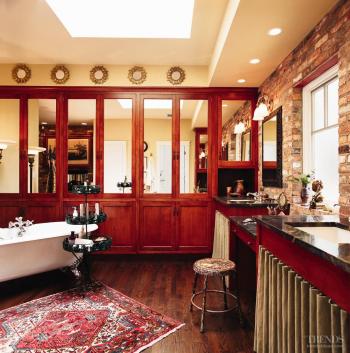 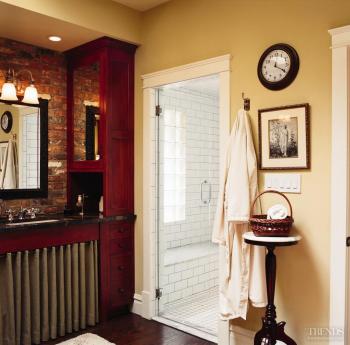 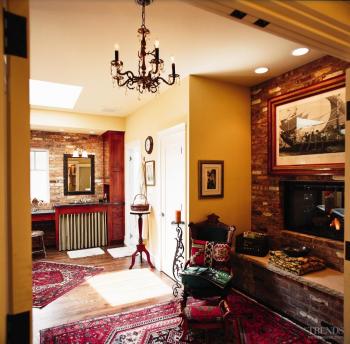 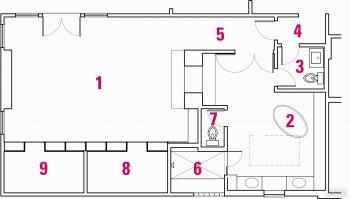 Generous proportions can also be found in the steam shower room, which measures 5½ft by 7ft. A marble-topped bench runs along the length of the room, which is covered floor to ceiling with white subway tiles. Opaque glass blocks along the south-facing wall provide light and privacy, and a new large glass skylight captures the morning sun.

Recycled bricks for the feature walls and fireplace surround, and the dark stained oak floors in both rooms help create lived-in warmth.

One of the owners chose the buttery yellow and cream paint for the walls and ceilings because they evoked childhood memories of the South. Many of the key decorative features, such as the claw-foot tub and coat stand in the master bathroom, were sourced by the owners over the years.

"The effect is lived-in, but still luxurious," says Dietrich. "The rough brick and stone works alongside the more refined materials of marble, traditional cabinetry and polished mirrors."

A two-sided fireplace provides additional warmth and movement, while separating and connecting the two rooms. Whether soaking in the tub or relaxing in the bedroom, the owners can view the fire and the room beyond.