Designed as part of the pedestrian landscape, a public plaza is a focal point for this apartment development

New apartment buildings are springing up like mushrooms in inner-city suburbs. Primarily created to provide residential accommodation, they seldom provide opportunities for interaction within the community.

The focal point of this development is a large, central plaza that presents an open, inviting face to the public, says Richard Naish of RTA Studio.

"With only a wide flight of steps separating it from the street, the plaza was designed as an extension of the pedestrian landscape. Oriented towards the sun and not closed off, it provides a pleasant, sheltered spot for people from the surrounding offices and cafés to eat lunch."

A square of lawn set in a raised concrete plinth offers a grassy place to sit and relax. Trough-like planters and a water feature stretched out along one side of the plaza provide a subtle privacy barrier for residents that doesn't compromise views of the courtyard.

The development, called Arena, is by Hemisphere Group. The first stage comprises 27 apartments, a 38-suite boutique hotel, retail space and 200 carparks – all housed in one building. It is located in a low-rise, mixed residential-commercial zone, the vernacular including a number of heritage-listed buildings. 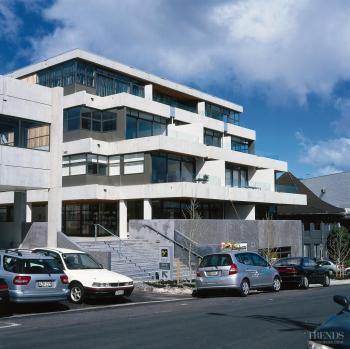 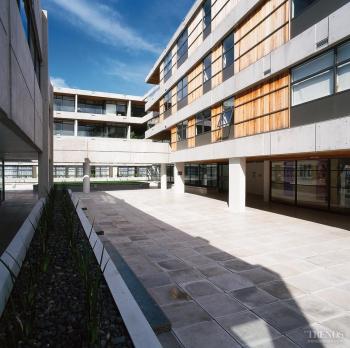 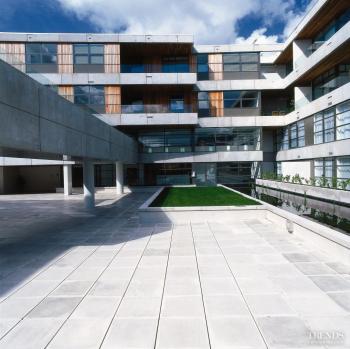 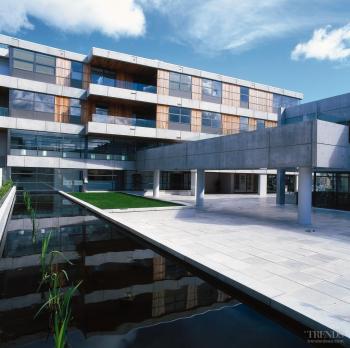 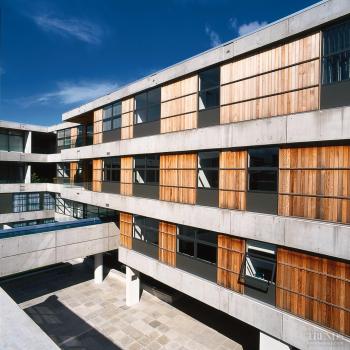 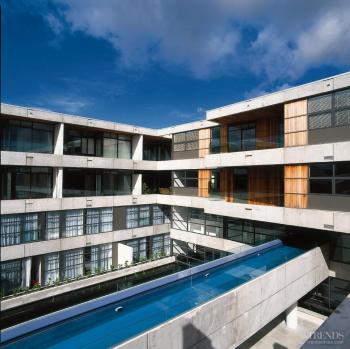 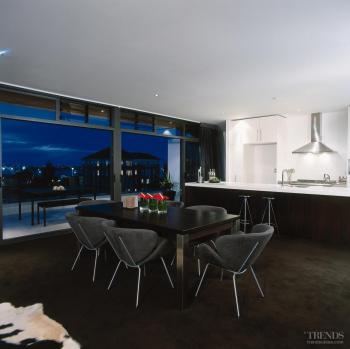 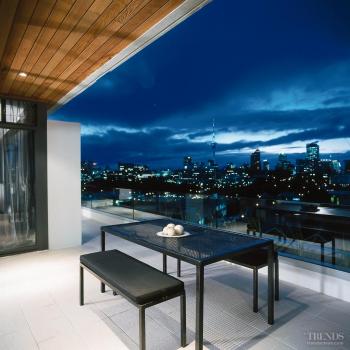 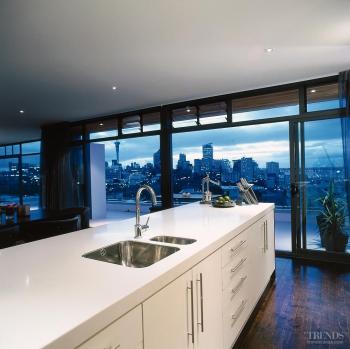 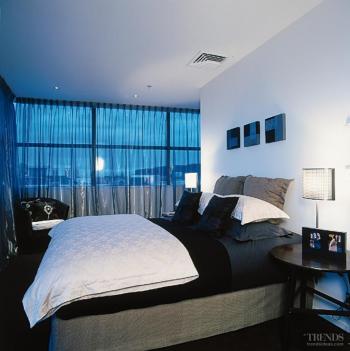 "The brief was for a striking-looking structure that would sit comfortably within this environment. Our standpoint was to design a building with the proportion, scale and massing to achieve this level of compatibility," says Naish.

"A building that exuded solidity and a sense of permanence was also important."

The result is a five-level building, organised around the public plaza and designed to maximise light and views of the harbour and city. Its street frontage has been stepped down to temper its size compared to the neighbouring houses, while the remaining mass features a strong, linear look.

Timber, metal and glass soften and humanise the building's predominantly concrete façade. Cedar panels punctuate the exterior in an orderly fashion, also appearing on the underside of the terraced apartments' wide eaves. Cantilevered over the public plaza is a lap pool, part of the building's composition of rectilinear planes, says Naish.

"The lap pool has a glazed bottom that is suspended above the double-height hotel lobby. The visual connection of something going on above complements the theme of grouping activities around a central entry point."

To access the apartments, residents use an adjacent but separate entrance.

Like the boutique hotel, the interior spaces of the apartments – including those of the penthouse featured here – reflect a sleek, contemporary look, says interior designer Alasdair Hood of Vanillaspace. To maximise space and minimise clutter, he used a restrained colour palette with natural materials, including timber floors recycled from wood salvaged from the old cigar factory that once stood on the site. As well as providing shade and privacy, metallic sheers in varying shades of grey help to create the a united front on the exterior.