A major transport initiative is unlocking Auckland's Eastern Suburbs, and the new Panmure Interchange is a key part of the equation

There's a new building turning heads on the main arterial route through Panmure in Auckland. And it is anticipated that many of those same commuters will find the new Panmure Interchange offers a convenient alternative to driving to work.

The bus-train interchange is a crucial part of the first stage of Auckland Transport's Auckland Manukau Eastern Transport Initiative (AMETI), which is a group of projects designed to give Eastern Suburbs residents better transport choices by improving public transport and walking and cycling facilities, and reducing traffic congestion. The NZ Transport Agency and Auckland Council are the major funding partners for the project.

Designed by Opus NZ, with Chilean architect Victor Hugo Rojas, the interchange incorporates the Panmure Station – a contemporary building with a timber-clad gullwing roof that floats out above a transparent glass base.

The design and the materials include many historical, geological and geographical references to the Auckland isthmus. For example, the basalt that frames the entry, clads structural columns and wraps around the lift shaft references the ancient lava flows in the region. Lozenge-shaped basalt pavers have also been introduced – these recall the marks made when waka (Maori canoes) were dragged across the isthmus between the Manukau and Waitemata Harbours.

The ceiling within the station incorporates a large circular skylight that resembles a compass. Lines radiating out from the compass reference historic pathways and the direction of key landmarks, helping to integrate the past with the present. 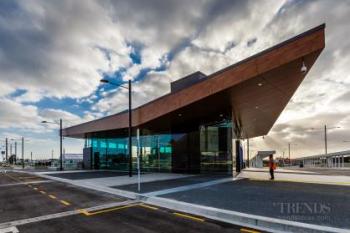 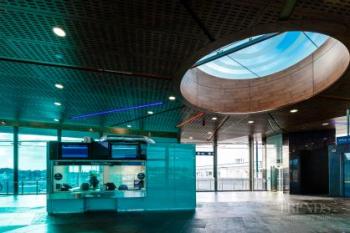 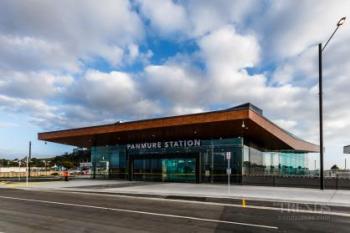 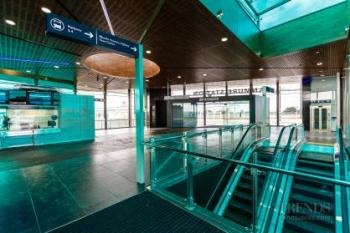 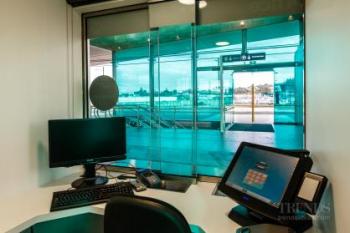 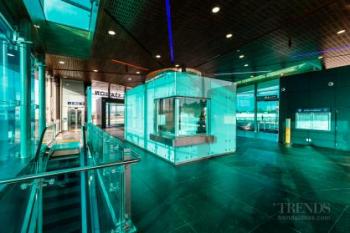 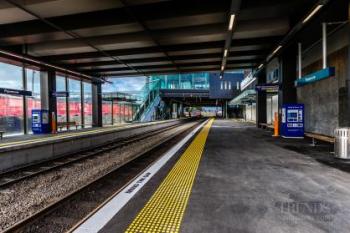 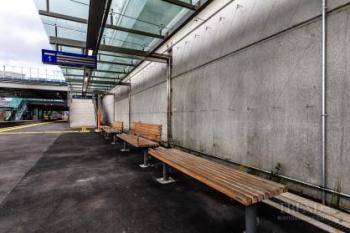 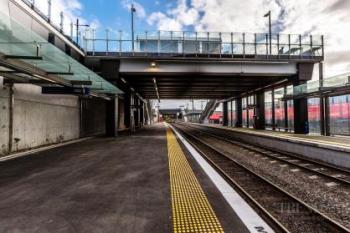 Consideration has also been given to the exterior environment. With rail corridors typically attracting graffiti, this project provides a green solution. Walls beside the rail platform will be laced with climbing plants. Because the walls are beneath canopies, the plants are irrigated by piped rainwater.

In addition to the interchange, new busway lanes are being created, along Lagoon Drive and Pakuranga Road to link to a new bus station at the Pakuranga town centre.

Stage One of the AMETI project also comprises a new road linking Mt Wellington Highway and Morrin Road, improvements to Van Damme's Lagoon, the construction of a busway bridge and two bridge replacements.

AMETI director Peter King says Auckland's population in the east is expected to grow by 20,000 to 25,000 during the next 25 years, further increasing pressure on the transport system.

"Congestion is a serious problem for the suburbs in East Auckland," King says. "It is estimated that the two bridges that cross the Tamaki River carry a similar number of vehicles each day to that of State Highway One through Victoria Park in Central Auckland. They also have more freight traffic than any other corridor in the country. The AMETI projects are designed to ease congestion and make public transport more accessible.

"The Panmure interchange makes commuting a more seamless experience, with walking time between buses and trains taking less than a minute. This benefits people living and working in the area, as well as those who travel through Panmure as part of their daily commute."

King says that right from the outset, AMETI has ensured the local community and iwi have plenty of opportunity to contribute to the plans. More than 19,000 people viewed information boards at the various town centres.

"Consultation with iwi is focused on lessening the effects of works on cultural values, how stormwater will be managed, and archaeological investigation."