With its distinctive, cantilevered steel structure atop a sandstone base, this apartment complex forges new links between the old and new

A changing skyline reflects a city's growth – and for many cities today much of that growth is the result of urban renewal. As light and medium industry moves out of the inner city and away from port areas, former industrial land is now becoming prime real estate.

Jacksons Landing in Sydney is one such area. Developed by Lend Lease Development and project managed and constructed by Bovis Lend Lease, Jacksons Landing is an 11.7ha waterfront residential development occupying a historic position at Pyrmont Point. Formerly the site of the Colonial Sugar Refinery, Jacksons Landing is now classified as a mixed-use area, offering premium inner-city living along with more than 25,000m2 of commercial and retail space.

The development will eventually incorporate many buildings designed by a number of architects. For Knox on Bowman, which features on these pages, architect Alexander Tzannes was commissioned to design 24 boutique apartments on a sloping site. The location offers extensive views – north across a park to the harbour, and south to Blackwattle Bay. The site also borders two streets and the design needed to provide a pedestrian thoroughfare on the west side.

Tzannes says the uphill slope of the street helped determine the decision to use a sandstone wedge to form the base of the building.

"This sandstone is typical of the area, and its use is a reference to the original rocky outcrop on the site," he says. "As well as anchoring the base of the building, it links to the topography of the site and creates a strong sense of a building being formed out of the land." 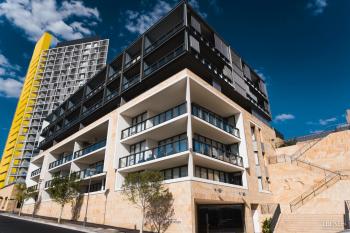 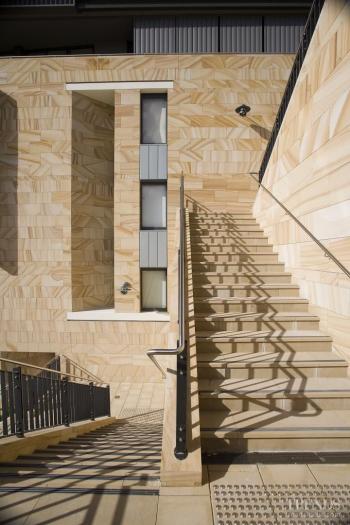 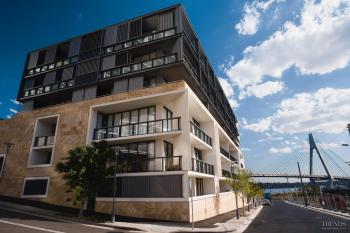 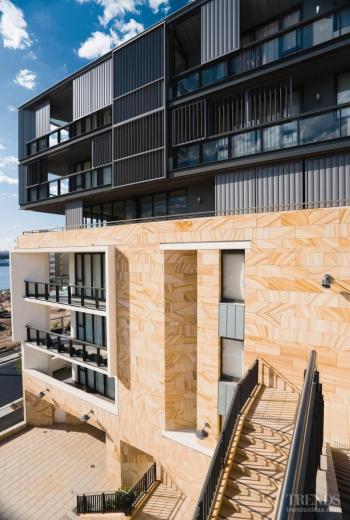 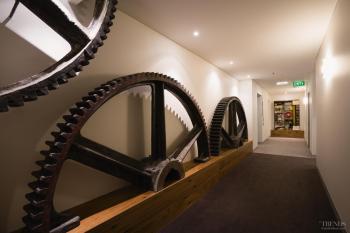 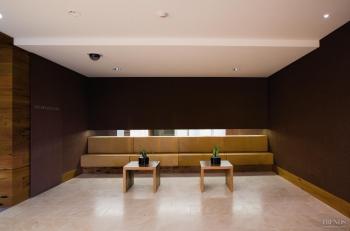 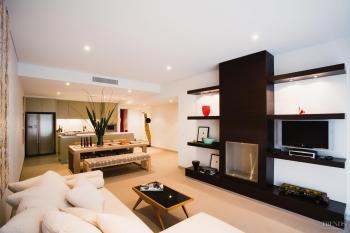 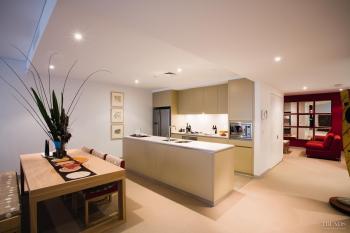 Tzannes says the sandstone also complements the public domain – the zigzag stepped path that links the upper and lower streets. Both the building and the retaining walls of this thoroughfare feature random cuts of sandstone, rather than bookmatched pieces. This provides an economical cladding solution, and the random grain creates an edgy, contemporary feel.

An aluminium, steel and zinc structure was designed to float above the solid stone base, creating two distinct elements to the building.

"We cantilevered the whole upper part of the building so it doesn't sit on the edge. This effectively reduces the bulk," says Tzannes. "The change in materials was a response to the site and its history, and to the intrinsic tactile and textural character of the sandstone. It was also a way to articulate the changes within the apartments themselves."

The design of the lower part of the building was partly determined by the need to provide privacy from the public thoroughfare and streets.

"The sandstone allowed us to provide this privacy, but it also gave us the freedom to put a hole in anywhere to capture an attractive outlook."

Tzannes says the solid nature of the stone and precast concrete panels meant openings could be grouped to frame the panoramic views.

"We needed the large concrete form to support the sandstone, but it also helps create an urban scale that is dramatic, yet still sympathetic to the other buildings already established. This building has its own distinct character, without being monolithic or monotonous, yet it relates to the high-rise immediately to the east."

Tzannes says apartments in the upper structure reflect the lightness of the building materials. Wider balconies, shutters and louvres are all designed to enhance a sense of light and openness.

On the interior, all the apartments are characterised by a high level of specification, with spacious, well-proportioned rooms.

"The architecture is not intrusive," says Tzannes. "The designs are simple and straightforward. We also provided for a fair degree of flexibility in respect to furniture arrangements."

"These people still want space, privacy and security, with the added convenience of single-level living and the bonus of world-class views," he says. "For this reason, the residences are substantially larger than normal, with plenty of storage to ensure the transition from a family home is not at all traumatic."

Interior designer Lynn Malone drew on the Jacksons Landing history for the interior design of the display apartment. Artifacts from the original factories and warehouses were used to create large sculptures that make a strong visual statement in the entrance.

For the display apartment, Malone opted to offset the views, art and furnishings with a simple Dulux White on White colour scheme. A wenge floating shelf system incorporates a stainless steel fireplace. To enliven the study-media room, one wall is painted in Dulux Red Cross and decorated with a series of square mirrors.