In recent years, our inner cities have been revitalised by urban renewal. And one of the most exciting aspects of this has been the adaptive reuse of commercial buildings, such as the one featured here.

Architect Lindy Leuschke, who was commissioned to design a major conversion, says the building was typical of the concrete edifices built in the 1960s.

"It was a large, two-storey commercial building with a gabled roof, and it covered an entire corner site," Leuschke says. "The owners wanted to transform two-thirds of the building into new commercial space, and the remaining third was set aside to create their own 180m2 residence."

From the street, there is just a little clue as to what lies beyond. Two steps lead to a private entry defined by a reflective green glass panel and a door to the side.

"The shiny green glass is a lively contrast to the sombre mass of the concrete building," the architect says. "It defines the entry and gives it a human scale that is more appropriate to a private home. Similarly, the galvanised iron mesh at one side marks this as a residential entry – it will eventually be covered in green vines and flowers." 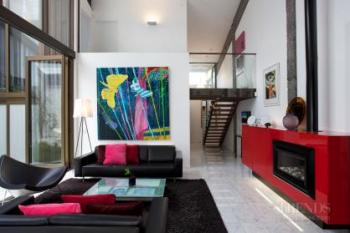 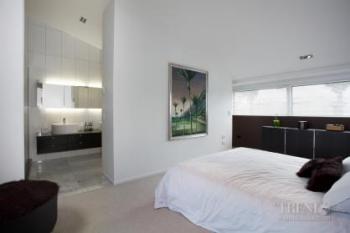 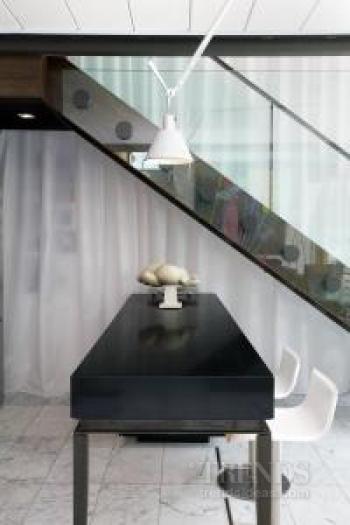 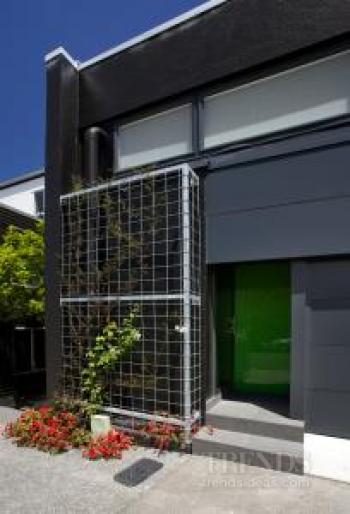 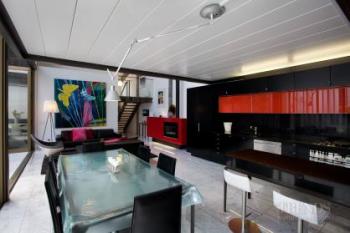 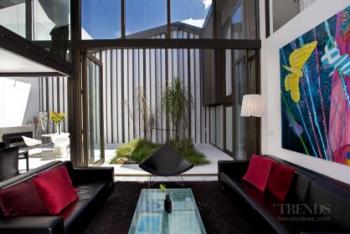 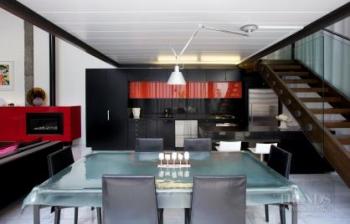 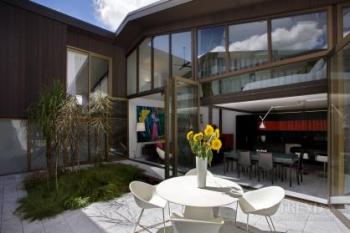 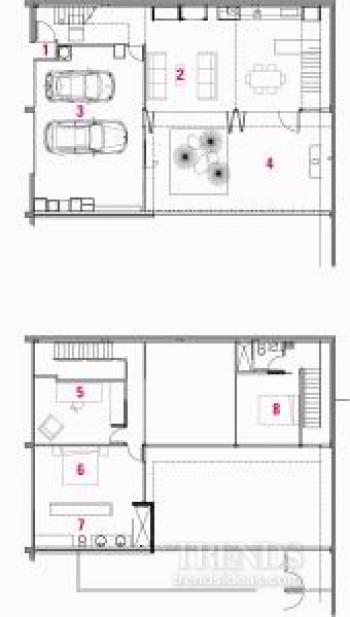 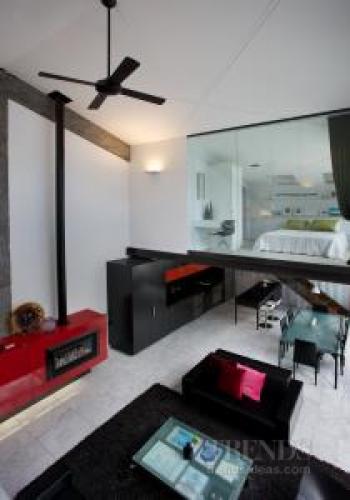 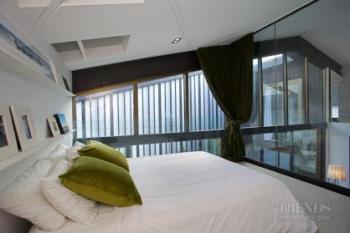 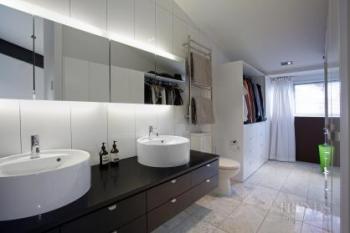 On the inside, the building was gutted, and a double-height void created for the open-plan living area. To bring in sunlight and fresh air, the roof was removed from part of the building, exposing a 5m x 9m north-facing courtyard. One entire wall of the living room opens up to this outdoor living area.

"Because this is the only outlook, we added a central planting area with sculptural lancewood and cabbage trees," says Leuschke. "The foliage is not dense – you can see right through the trees."

Parts of the building that are now exterior walls are lined in cedar or powdercoated aluminium with cedar battens, which add texture and visual depth to an otherwise flat wall.

On the inside, the emphasis is on the quality of the fit-out. Leuschke says the owners wanted a refined interior, rather than a hard, raw look.

"We opted for high-quality materials, such as the Italian Carrara marble floor tiles in the living area. Bronze aluminium joinery also lends a richness to the interior."

Black lacquer was specified for the kitchen cabinets, set against the rear wall of the living space. Again, the dark palette is enlivened by bright colour – in this instance a row of overhead cabinets in orange glass. The owners also introduced a bright red lacquered fireplace cabinet that doubles as a piece of furniture. Colourful artwork and cushions add further punch.

Bedrooms are positioned in two wings. The master suite, in the east wing is a single large room with the bathroom and dressing room separated by a freestanding wall. This wing, which includes an additional bedroom or study, has its own staircase.

The west wing, reached by a separate set of stairs in the living room, is a guest suite. This bedroom appears as a platform that floats above the living space – an effect that is heightened by a glazed wall overlooking the living room. Existing skylights above this room were restored to provide ventilation as well as natural light. The two main bedrooms also have a view over the courtyard, while the third bedroom gains light from the entry.

"The guest suite is rather reminiscent of a hotel room," says Leuschke. "It has a small wardrobe and a desk area with a drawer. Because it is not used all the time, it can be left exposed so the volumes can be better appreciated."

Other key features of the interior include the heavy staircases, which are deliberately chunky and oversized to help anchor the space visually.

Laundry facilities are along one wall of the double garage, which has a door that opens directly onto the courtyard.