Most cities grow in an ad hoc fashion over several centuries, with no cohesive plan in place. For Christchurch, built mostly on flat land, that growth was out rather than up. With limited restrictions, the city simply sprawled outwards as more land was taken as needed for new businesses.

It was a sprawl that did little to provide a sense of cohesiveness and vitality to the CBD of New Zealand's second largest city, says Don Miskell, general manager planning and design for the Christchurch Central Development Unit (CCDU) of the Canterbury Earthquake Recovery Authority (CERA).

"There was more office space in the CBD than the market required, so there was a lot of office space to lease," he says. "And the retail area was not competing well against the bustling, highly managed suburban malls, with their ease of access and good parking.

"It was clear, the rebuild following the 2011 earthquake provided a great opportunity to make Christchurch better than it ever was. The land not required for commercial properties could be given over to residential use to enhance and enliven the inner city, in much the same way as has happened in central Melbourne. The Christchurch rebuild is valued at $40 billion, and we expect $20 billion of this to be residential development."

Miskell says CCDU had just 100 days to come up with the first urban plan blueprint. 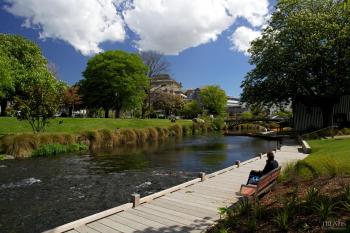 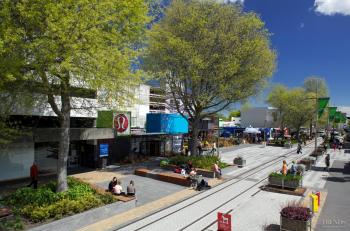 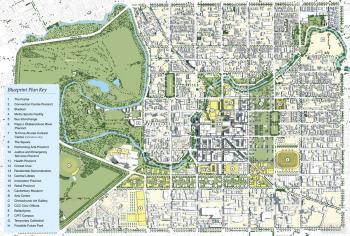 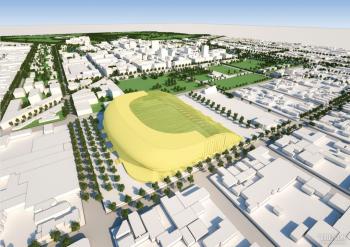 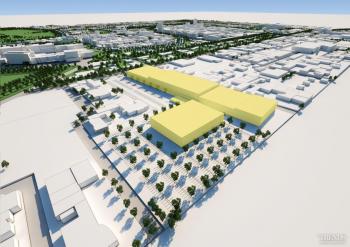 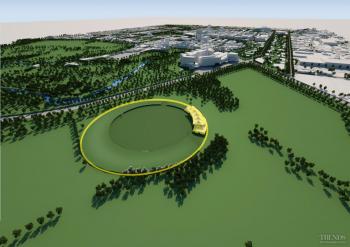 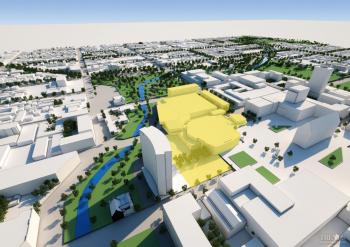 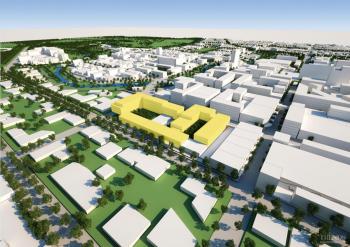 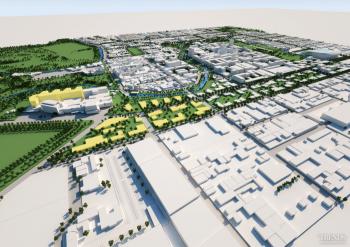 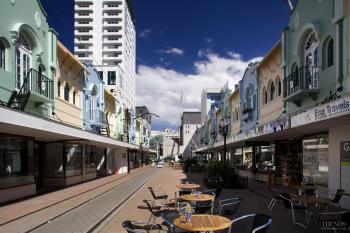 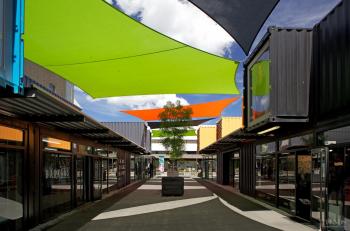 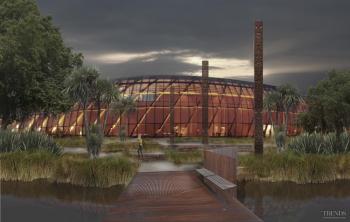 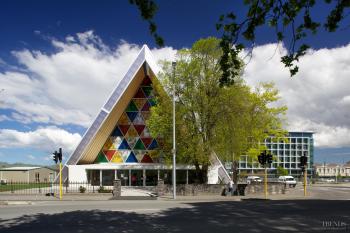 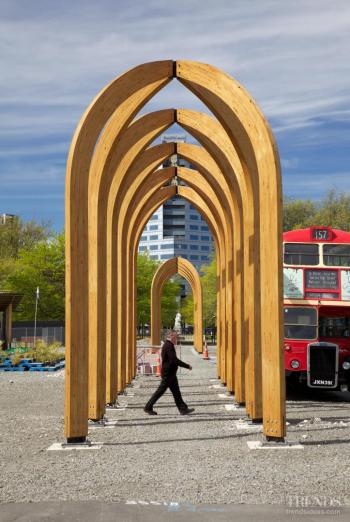 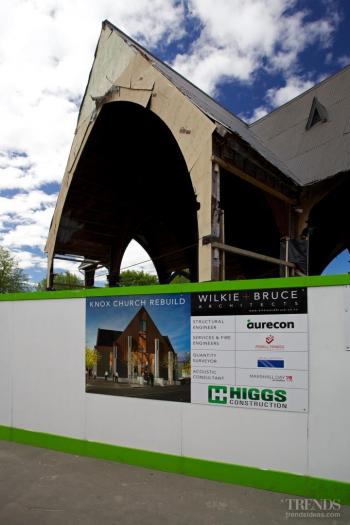 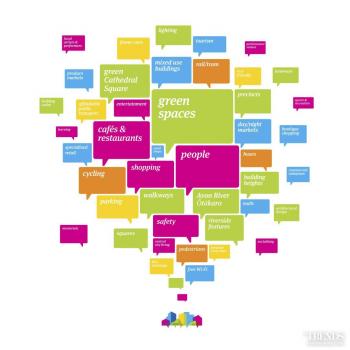 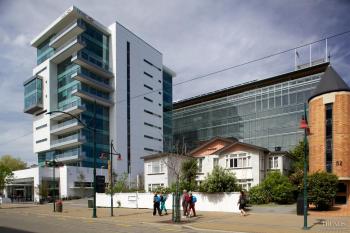 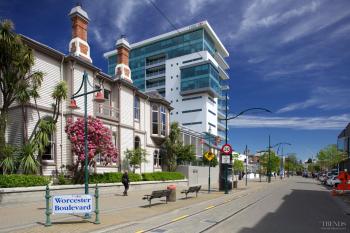 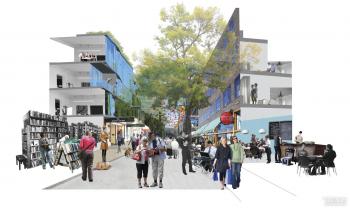 "This was a phenomenally challenging timeframe. And while that is being refined, the key concepts have remained in the Christchurch Central Recovery Plan and we are now starting to see these put into action. Essentially the plan is about creating a greener, more compact, more accessible and safe inner city that is easy to move around and better for living and working."

Miskell says the district plan has been changed to permit residential development in all inner city zones. And the boundaries defining the business zone have been pulled in to consolidate the central city into a smaller area, in line with the aim of giving Christchurch a dynamic commercial, cultural and social heart.

Miskell says the plan offers some guidelines for all the inner-city developments, but these are aimed at encouraging, rather than stifling architectural innovation.

"We are not dictating design styles – that is still the prerogative of the architects and developers," he says. "But we are looking closely at what they can bring to the city centre, their innovations, approach and design methodology. We want this city to be distinctive, with an active urban edge. It is ultimately all about people – people choosing to make investments in the city, to open shops, to live and to visit the city.

"There are some height restrictions. In the core, buildings can be up to 28m, which is approximately seven storeys, while buildings in the mixed zone around the edges will have a maximum height of 17m or four storeys. There are also limits in respect of office floor areas. Larger offices – with their greater worker population – are concentrated within the core, not around the edges."

The retail precinct will cover approximately three blocks in the city, with an average size of 225m x 100m. Developers are being asked to come up with plans that will provide a minimum area of 7500m2 covering one-third of the block.

"We are also asking for north-south lanes to be incorporated into these blocks to make them more permeable, and buildings more accessible. People won't have to walk around an entire block to get through to the other side. With a north-south axis, the lanes will get sunlight at lunchtime, and will be sheltered from the prevailing northeasterly winds."

Every development proposal to build within the central core requires approval from the joint management board, which comprises the Christchurch City Council, Ngai Tahu and CERA.

And while the plan provides for greater green areas, Miskell says the planners have also been aware that design decisions have to consider the capital cost of intervention in the public realm and ongoing maintenance costs.

"We can't deliver an unreasonable rates burden to the citizens to cover maintaining an increased number of parks and lawns," he says. "Other factors influencing the public areas include safety. East Frame, for example, will feature residential housing along each side of the central park. The park area needs to be a width that will allow passive surveillance by the people living in the houses, yet wide enough for the wider community to feel they are not intruding on a private space."

Miskell says the plan has an ambitious aim for 20,000 people to live in the central city, which will require a mixture of townhouses and apartments.

"We are encouraging high-quality housing," he says. "We want to signal to the community that the eastern side of the inner city, which had lower-value housing, is now changing. By the end of this year, we hope to have the first block in East Frame developed ready to go to the market, with the first homes occupied by the end of 2014, early 2015."

Miskell says South Frame will be more built up, and have an urban campus character. Buildings will sit right on the street frontage, but there will be lanes and walkways breaking up the blocks.

Miskell says the Justice and Emergency Services Precinct is the most advanced of the anchor projects in terms of design – the project is being jointly designed by New Zealand architects Warren and Mahoney and Opus, and Cox Architecture of Australia.

"This project has been eye-opening for several reasons, including the fact that the buildings have been designed around a courtyard. It is an entirely new way of providing these services, but it harks back to a cluster of our heritage buildings, the Christchurch Arts Centre. This was built around quadrangles, and has proved a great typology for Christchurch, as it provides shelter from the prevailing winds. We didn't dictate the design – it was a creative response to the brief from the Ministry of Justice and consultants."

Miskell believes most of the projects will seek to push the architecture boundaries.

"In the Melbourne Docklands, many of the new buildings are rated 6-Star Green Star, with developers responding to clients looking to better manage operational costs and provide good work environments for staff. While we are not legislating for this, we do anticipate similar demand for sustainable design in Christchurch in the future."

Developments are also characterised by a high level of collaboration. The new bus interchange, for example, has involved a pilot programme of consultation with a number of different groups, including the Otautahi Youth Council.

"At times, the former transport centre was unsafe, and this needed to change," says Miskell. "Designers are looking at crime prevention through environmental design. CERA and the design team from Architectus are working with these groups as the preliminary design work is finalised."

Miskell says CERA is also consulting with Barrier Free, a non-profit group that is auditing plans in the preliminary design stage to ensure they will be able to accommodate people of all abilities.

"The Avon River Precinct was the pilot programme for consultation, a process that has already proved invaluable."

Miskell says key Christchurch attributes, such as the restored Provincial Chambers and the Avon River, will remain a focus for the plan.

"Our heritage buildings are precious and, where practical and feasible, will be protected, as will the Avon, which is the city's waterfront. It has a unique English character, and we have already improved the habitat for fish, including whitebait and brown trout, which have spawned successfully. Silt is being removed gradually, and in places the river has been narrowed, so people can enjoy the rush of the water on the cobbles. Safe pedestrian promenades will be a key feature. These will run right down the riverbank, adjacent to the businesses, which in turn will overlook the river."

Architect William Fulton says the ground floor sustained most of the earthquake damage with the ground either slumping or moving, and there was some liquefaction. The concrete paving around the tram tracks also lifted and caused damage to the glazed shopfronts.

"Although the two-storey units are joined, they are four separate buildings, built as a concrete frame with brick infill walls. The buildings had to be strengthened and the ground floors completely rebuilt, apart from the party walls. A continuous concrete raft floor now connects all the units, and this has an overlay timber floor so it looks as it did before. Shopfronts have new tiled upstands and glazing, with new steel columns behind the front facades helping to support the mass of the buildings above. Rear walls were also rebuilt to meet fire engineering requirements."

For the people of Christchurch, the inner-city transformation is only just beginning, however, but the pace is set to accelerate, says Miskell.

"Within five years, Christchurch will be a vastly different city – it will set an international benchmark for urban design, and that is just the start."