Like a stack of miniature lofts, the floors in this remodeled city townhouse are large open spaces connected by a dramatic, cantilevered staircase

Space has long been at a premium in big cities, which is why architects even in the 19th century were adept at maximizing a building's footprint. Today, however, architects are less constrained to make traditionally defined rooms.

This New York City townhouse, built in 1861, is just 14ft wide on the inside, but that hasn't stopped architect Todd Poisson, a partner at BKSK Architects, from creating a spacious interior for the new owners.

"The house had been renovated many times over the years; the most recent refurbishment being in the 1980s," says Poisson. "But when the current owners bought the house it was still a rabbit warren of small rooms with an entry that did nothing to instill a sense of arrival. The only original fabric that could still be seen was four beautiful fireplaces."

Poisson says even the high ceilings had been compromised by the addition of lower ceilings to accommodate building services.

"The owners wanted an open, gallery-like interior better suited to a modern lifestyle. They also wanted to be able to display their artworks, including a collection of sophisticated 20th-century French black-and-white photographs." 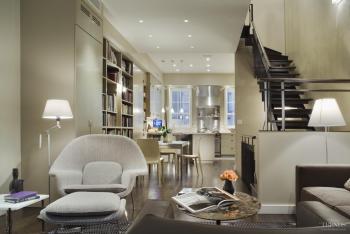 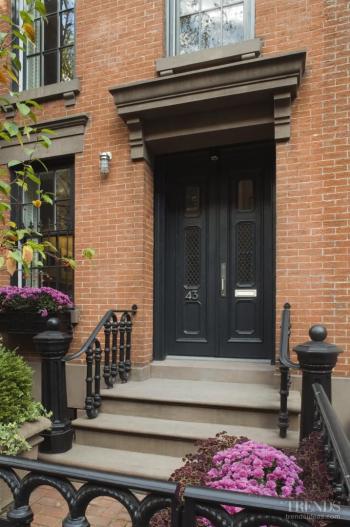 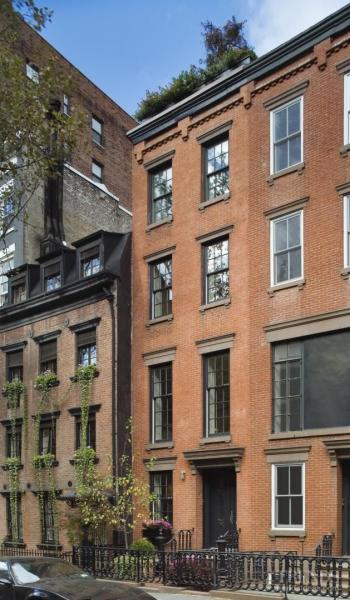 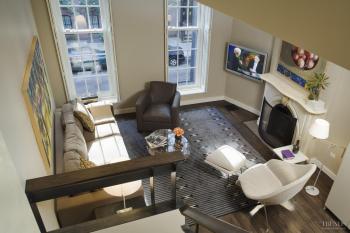 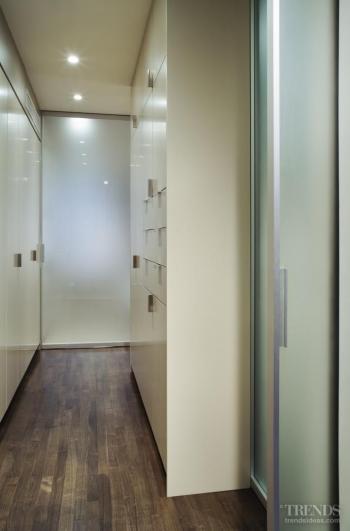 The architect says to achieve such a space, the house was totally gutted – it was taken right back to the floor joists and rebuilt. The existing wide, chunky staircase was also removed.

"A new refined staircase in steel and wood became a key element of the design. To accentuate this vertical connection, there is a five-story Venetian plaster feature wall beside the stairs – this is washed by light from a new skylight at the top of the building."

Poisson says the stair rails and balusters are structurally tied to the treads, and are self supporting from floor to floor. The stairs appear to float within the space – at no point do theyactually touch the feature wall at the side.

The architect also took a different approach to the design of each floor.

"Typically, people try to squeeze two rooms at the front and rear of these houses," Poisson says. "We didn't even attempt that. Instead, we completely opened up each floor, effectively creating a stack of miniature loft spaces."

The first floor functions as a gallery for many of the artworks, and as a formal dining room and parlor. The second floor is the family area – it includes the kitchen, the casual dining space and a living area. There is also a basement accommodating a home office and bedroom.

"Each floor was treated similarly," says the architect. "The lowered ceilings were removed, and services were integrated into new cabinetry that hugs the west wall on each level. Because the house is so narrow, it was essential to provide as much storage as possible. Consequently, the cabinetry is almost as you would find on a yacht – there's a place for everything. We even managed to tuck a powder room in behind the stairs. This is also disguised as cabinetry."

Two further floors accommodate bedrooms, with one entire floor given over to the master suite. A full bank of cabinetry links the spacious bedroom and bathroom at either end of the house. Sliding doors can be pulled to close off these rooms from the main staircase if required.

An unattractive spiral staircase to the roof terrace was removed – the new stairs are integrated within the main staircase.

The roof terrace was also upgraded, with a new roof with a flat deck replacing the original sloping roof. The owners say the rooftop garden is flourishing – they can even pick their own apples right in the heart of New York City.