The ANZ Centre refurbishment was undertaken by Warren & Mahoney

Optimising floor plates and minimising power bills are important aims for any sustainability driven commercial fit-out, but to attract tenants in the modern world the vision has to go beyond issues of desk space and energy savings. From welcoming street appeal to short elevator rides and intuitive wayfinding, every aspect of the design needs to be as user-friendly as possible.

This pragmatic approach was a key driver when architecture firm Warren & Mahoney, with principal and Auckland executive director John Coop at the helm, undertook refurbishment of the ANZ Centre for developer Precinct Properties. The project brought the 32-storey 1980s tower into the 21st century with a new atrium and café, an expanded plaza, improved base build services and revamped floors for anchor tenant ANZ.

While the award-winning atrium and upgraded plaza have been covered in a previous issue of this publication, there are several aspects of the upgrade that further set the building apart in terms of user-friendly design. These include six basement levels of staff facilities, including showers and lockers, and a reconfigured elevator to access these floors. At ground level, a new commercial meeting suite has been introduced. This is in line with the bank's global template of providing a dedicated, flexible meeting space at street level so that clients do not need to access business floors.

High-tech improvements include security upgrades and a state-of-the-art elevator control destination system. This has greatly reduced waiting times and enabled one lift car to be removed completely, increasing the tower's net lettable area.

The overall efficiency of the building has been taken to the next generation, says Coop. 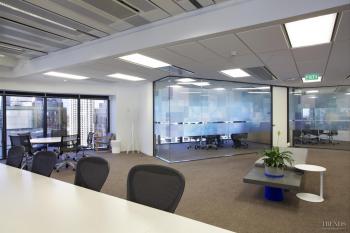 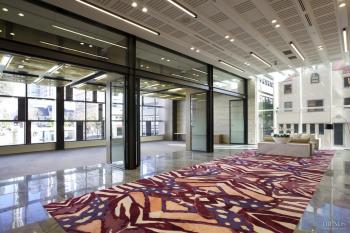 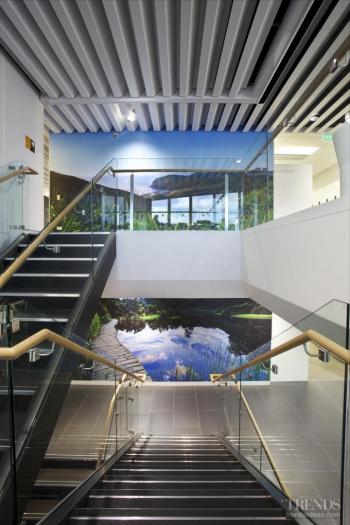 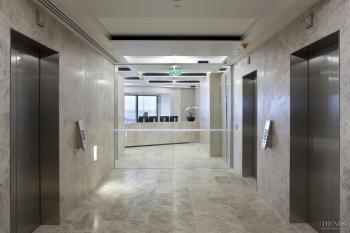 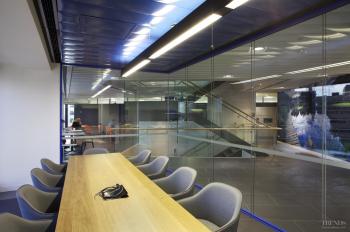 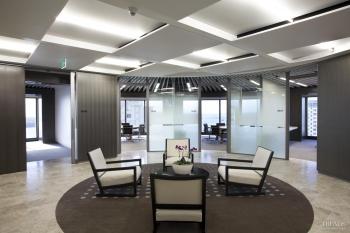 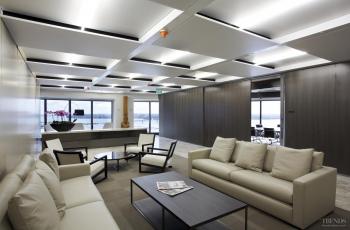 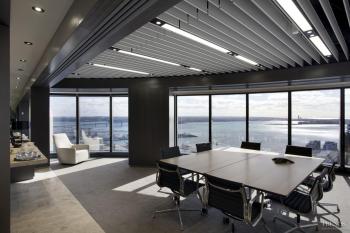 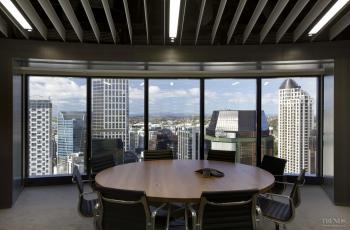 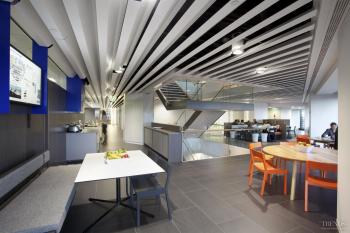 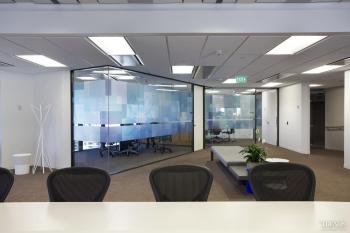 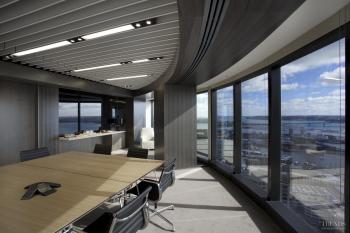 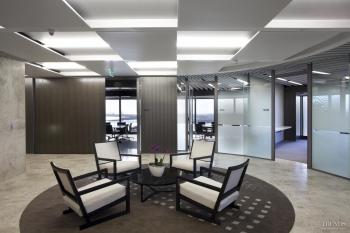 "Advanced services include a gas-fired hot water plant, instead of electric heating; introduction of high-performance centrifugal water-cooled chillers with magnetic compressor bearings; and a sophisticated building management system that provides for automated control of HVAC plant and seamless integration with the elevators, security, metering and standby generation systems. Although Green Star rating was not sought, these are all key green features."

The list of high-tech upgrades goes a giant step further with the anchor tenancy fit-out.

"As part of its 22-level tenancy upgrade, ANZ required central server rooms with UPS backup and close-control air conditioning, to serve its stringent IT and financial trading functionality.

These features are of course as much about bettering the lives of the people who use the offices as energy efficiency or a fiscal bottom line. Keeping staff happy and productive is perhaps the most vital green consideration of all and several structural changes to the ANZ floors follow through on this.

"Working in a tower can be limiting in terms of a cross-pollination of ideas, or even getting from one area to another, if they're on different floors," says Coop. "To address this we introduced broad stairs between all ANZ floors and situated breakout spaces on each landing. Another improvement was the refurbishment of the toilets, including moving access points from the fire stairs to the main floors."

It was perceived that changes to the ANZ Centre's base build would encourage the star tenant to stay, and invest heavily in its own fit-out. Seen in overview, the ANZ Centre is now more efficient and inviting for all who work there.