Up, up and away

Up, up and away Discover this article's resources 0

Renowned architect Frank Lloyd Wright's wonderful analogy for a skyscraper was a tree that had escaped the crowded forest. This idea is manifested in Price Tower, Wright's one and only completed urban high-rise.

Although Wright originally conceived the design for a site in New York, the structure ended up a towering landmark on the Oklahoma plains. Because of its architectural significance, converting six floors of this 19-storey structure into a boutique hotel and restaurant required a brave but sensitive approach.

It was one that also required humility, says architect Wendy Evans Joseph, as well as a complete understanding of Wright's intentions and a respect for the quality and consistency of his work. Using this as a platform, Wendy Evans Joseph set out to create a series of internal spaces with a distinct texture of their own, sitting comfortably but without compromise inside this iconic building.

"The building is so specific, with such strong geometry and so few materials, that I did wonder if there could be another response to it. I wanted to leave Wright alone, yet I had to contend with him at every turn," she says.

In creating the interiors of the new 21-room Inn at Price Tower and its restaurant, Copper, Evans Joseph says she thought a lot about Wright's tree metaphor. 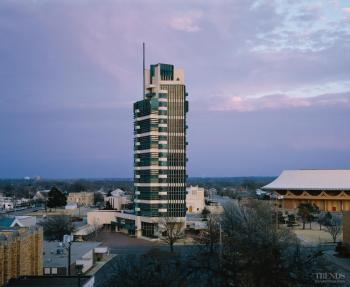 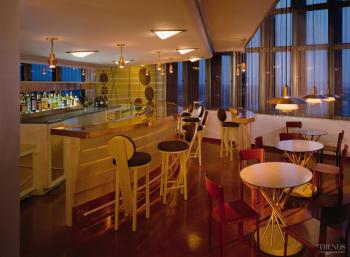 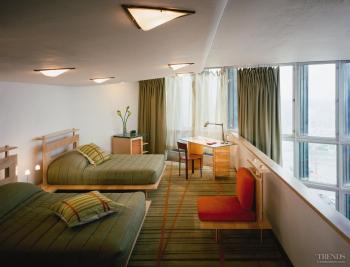 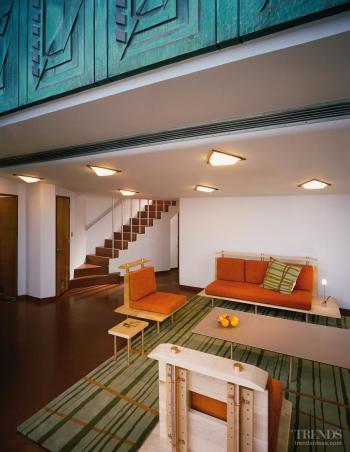 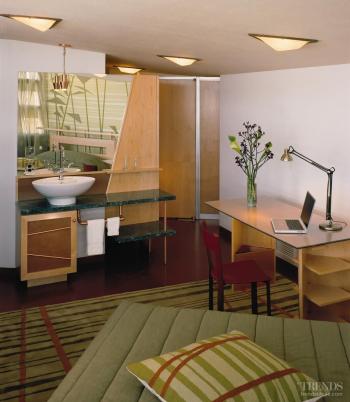 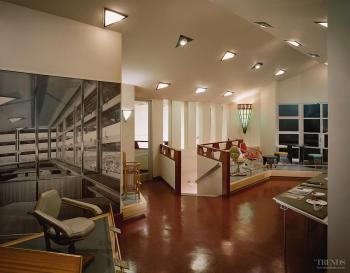 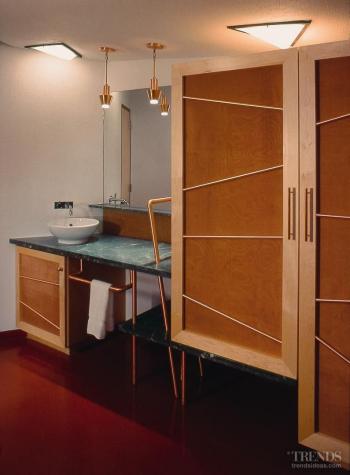 "When you look at the plan of the Price Tower, you see two concrete walls forming a cross shape. The concrete cross runs up the building like the trunk of a tree and the floors cantilever off of it like the main branches.

"So in addressing the rooms, I started to think about the infill between branches of the tree. I thought about the leaves and the smaller branches interlacing in the spaces between the boughs and took my cues from that notion."

This concept comes across in many elements of the design, from the reed motifs in the murals to the small, stick-like components of the furniture. Custom-made cabinetry and furniture made mainly from copper pipe, mesh and long strips of maple create an earthy, warm colour scheme.

"Wright had used patinated copper both inside and outside. However, we decided to go with a warm, reddish, natural-finish copper instead.

"To make sure it could be brought up easily in the building's tiny elevators, we used plumbing pipe," says Evans Joseph.

An open, two-storey space the Inn's bar and restaurant is designed to make guests feel as if they're up in the trees, looking down at the prairie below.

A long, gently curving bar with lapped maple sides and a faceted copper top is a subtle allusion to Wright's swirling Guggenheim Museum in New York. In the restaurant, tables feature tops of copper mesh sandwiched between sheets of glass, while chain-link copper fireplace screens provide window treatments in the bar.