Clean lines, a sense of movement and light-flooded spaces greet visitors to the Todd Energy offices

Sometimes a simple, engaging space belies the consideration and effort required to achieve it. Creating an ambience of simplicity and expansiveness is often the result of careful forethought and close attention to detail.

For the reception area of the Todd Energy offices, the brief was to create an understated but refined welcome for guests, says project designer Stephen Seddon of Seddon Associates.

"A sense of light and spaciousness was important, both for the reception and the office spaces," says Seddon. "The crisp, uncluttered reception area was the result of several factors, including an emphasis on fine, sweeping architectural lines and uncomplicated features."

The sense of a simple architectural language is apparent in the first feature to greet visitors – the reception desk. Solid wood blocks sandwich a cantilevered sheet of plate glass, creating a bold, unfussy structure.

The walk from the reception desk to the stairs is given interest and a feeling of movement by floor to ceiling fins with an American hard maple veneer. These are interspersed with glass panels in varying stages of opacity from clear to frosted. Offices with optimum glazing situated beyond the panels let natural light filter through from the outside into the space. Proximity to the harbour means light reflected from the water creates a subtly moving lightplay in the reception area. 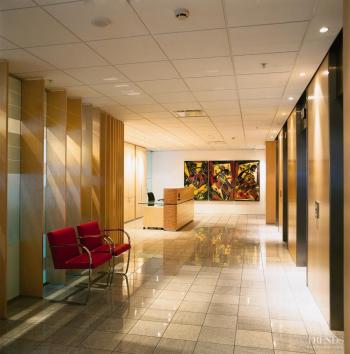 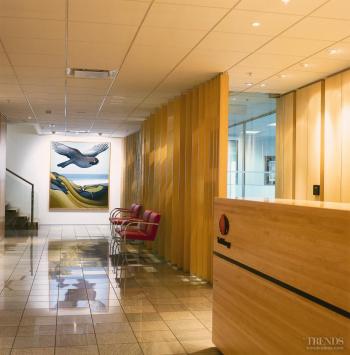 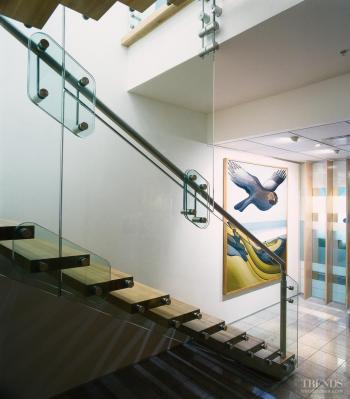 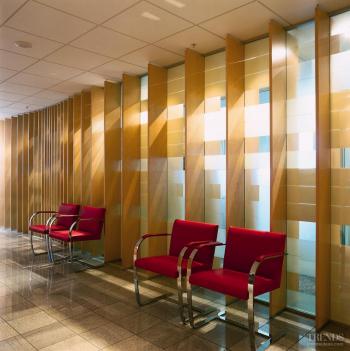 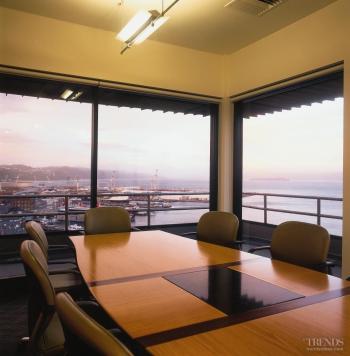 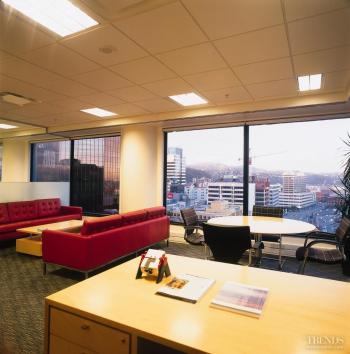 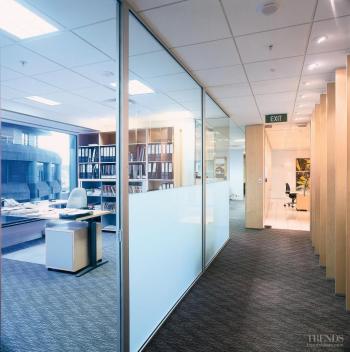 Stairs leading up to meeting rooms and other offices add to this sense of lightness.

"Like the reception desk, they look misleadingly simple – appearing to float in the space," says Seddon, " In reality, they are an intricate construction, held in place by the strength of the glass sheet balustrading."

Both the executive offices and the general office are also light and airy. Extensive glazing and dividing panels of clear glass, with frosted lower panels for privacy, contribute to this.

Janet Regan, spokesperson for the Todd Energy, says a balance between privacy and openness was important for the offices and that the end result was well received by staff and visitors.

New furniture introduced into the fitout was chosen by the architect for its appearance of simplicity, echoing the uncomplicated forms of the reception desk and stairs.

"Shying away from a weighty look for the furniture reinforces the executive offices' feel of spaciousness," says Seddon.