Under the tropical sun

Surrounded on all sides by views of the sea and islands, the interior of this Caribbean home complements and extends the setting

Under the tropical sun Discover this article's resources 0

When a house is surrounded by sparkling seas and colorful native plants, good design celebrates these natural assets. Caribbean architecture, keeping to this maxim, has evolved into a charming vernacular. In this house, however, the vision ended at the front door.

In contrast to the lush tropical setting, interior designer Twila Wilson was faced with an uninspired expanse of neutral-colored interior spaces.

"The house has an enviable location, high above St. Croix," Wilson says.

"The scenery is truly spectacular, but the interior was completely anonymous."

Wilson and her team are known for creating tropical, eclectic interiors that are full of color and texture. This home's setting and design meant Wilson began work outside. 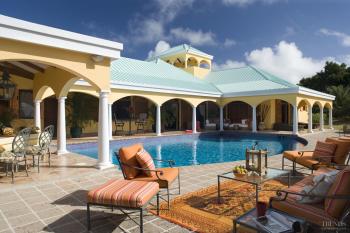 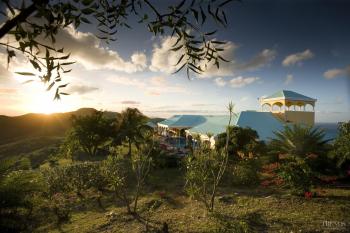 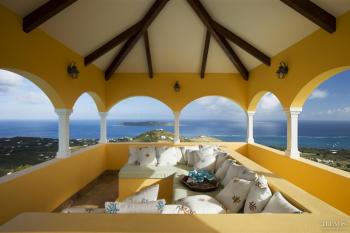 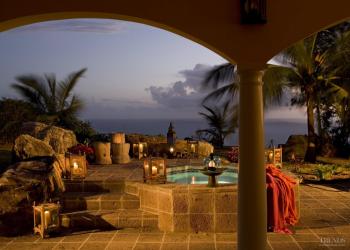 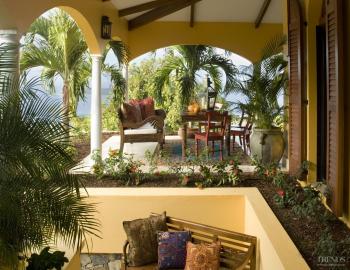 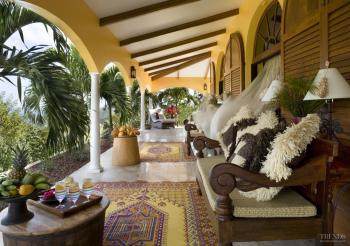 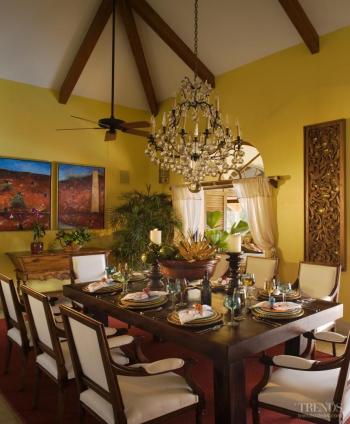 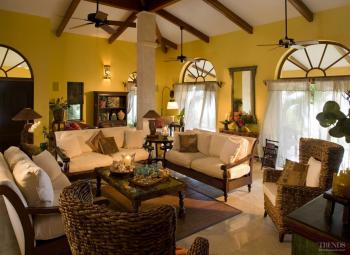 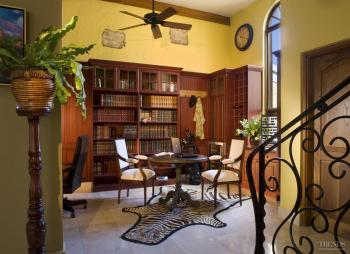 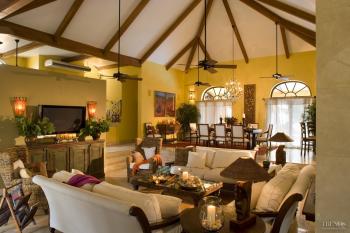 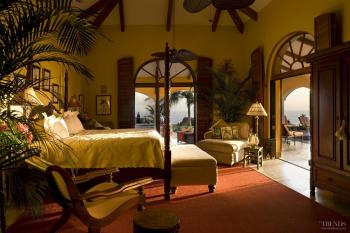 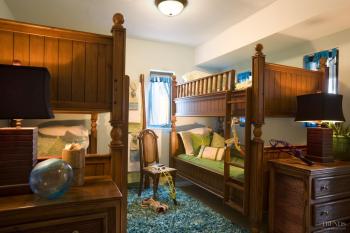 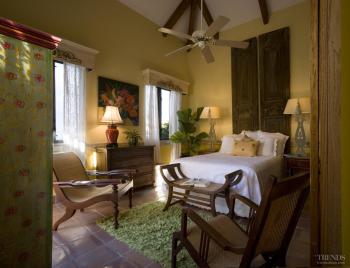 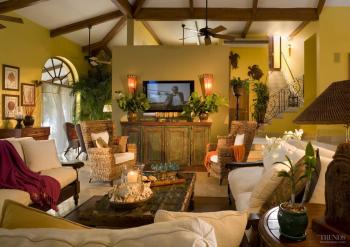 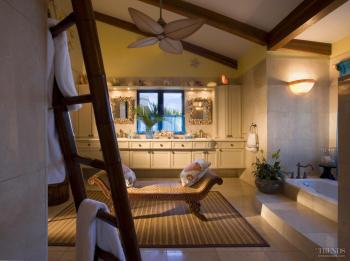 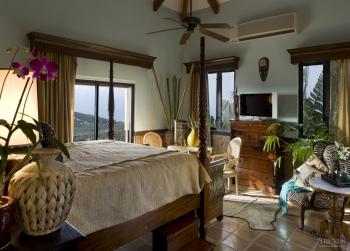 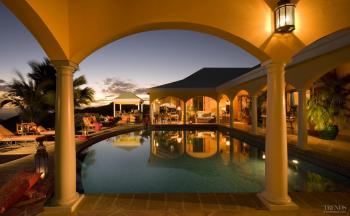 The wide verandas were treated as rooms in their own right. The plaster walls were given a coat of warm yellow. Seating areas are demarcated by brightly colored rugs, and amply cushioned benches strategically placed to capture the views. On one side, an oversized hammock is positioned so the occupant can overlook the neighboring islands.

"The primary objective of the design was to bring the inside outside," she says.

The integration of spaces extended to faux-painting the interior walls. Because most of the rooms are punctuated by long windows and French doors, and abundant sunlight reaches the interior spaces, Wilson was able to use vibrant colors with confidence. Warm yellow was carried through to much of the interior.

Touches of mango, turquoise and cayenne also appear in the interior. The eye-catching colors are unified by the dark wood joinery and furniture, natural cotton cushions and abundant green house plants.

Crema Marfil marble is found on most of the floors, though much of it is covered by area rugs. The marble is cool underfoot in the warm weather, and its light shade echoes the natural color of the Indian gauze panels that cover the long windows.

"The house is set high above the coast, so there's always a breeze," says Wilson.

"The gauze is very lightweight, so the movement adds a layer of visual interest. The billowing white curtains are another way of blurring the boundaries between the inside and outside spaces."

The full-length mahogany shutters on all windows and exterior doors add another touch of island charm, but serve a very real purpose during hurricane season.

Many of the interior pieces were sourced from other tropical countries, including parts of Southeast Asia and South America. The differences in style and decoration are unified by the dark hardwood.

Both indoors and out, Wilson chose a natural cotton for slipcovers. Like the marble floors and gauze curtains, the light color reinforces the casual island atmosphere while also serving as a backdrop to more brightly colored elements, like the patterned throw pillows and floor cushions.

Wilson's carefully considered scheme extends smoothly into the bedrooms and beyond.

Outside, the pool area is enclosed by the house on three sides, and a barbecue area is nearby. Wilson's influence extends throughout. Incidental seating and dining furniture features the same natural cotton slipcovers and colorful accents as the interior.

"The idea with this house is that it's all one space," Wilson says, "Inside is outside, the doors never close."