Under the mountain – volcanic rock inside house

There are many ways to create a sense of arrival, but few would be as dramatic as the entry to this remodelled '60s house, which is built around an enormous mound of volcanic rock.

The rock has been on the site for thousands of years, but it hasn't always been such an integral part of the house. Architect David Wingate, commissioned by new owners to design a major renovation, says the original house had essentially turned its back on the large lava deposits right beside the front wall.

"We decided to embrace the rock, rather than ignore it," Wingate says. "The entry was redesigned and glass walls introduced so that the rock appears to morph into the house. We have tried to not touch the stone too much, to ensure it looks as natural as possible. Scoria pebbles at the base mimic the way it looked when it was on the outside."

However, it was the original architect, Tim Peterson, who provided the main inspiration for the design, says Wingate.

"We found his original drawings for the house and took our lead from these, choosing to use the same design language, with the same products and materials. Over the years, his design principles had been eroded with various changes and additions. The basement level had been burrowed into the ground and was a rabbit warren of small spaces and varying floor heights, and there were different window styles." 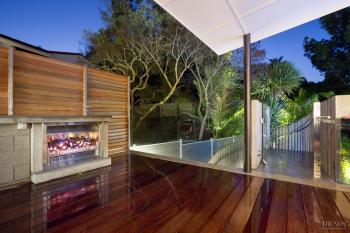 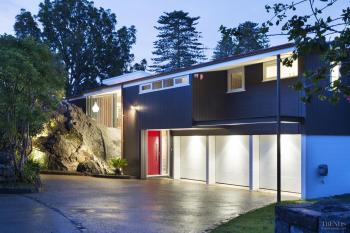 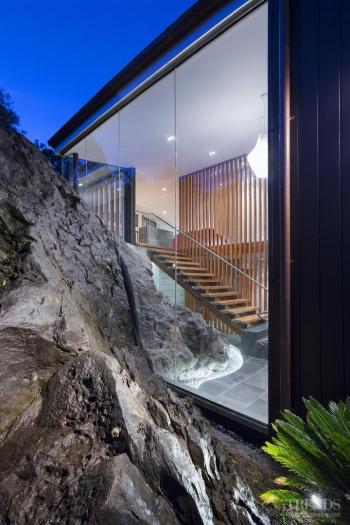 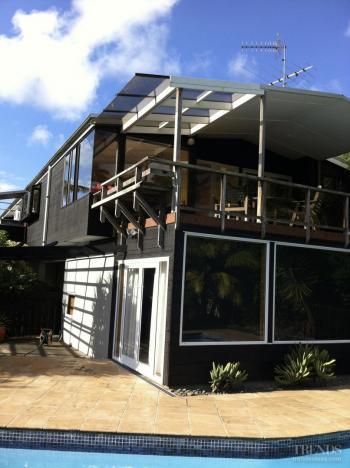 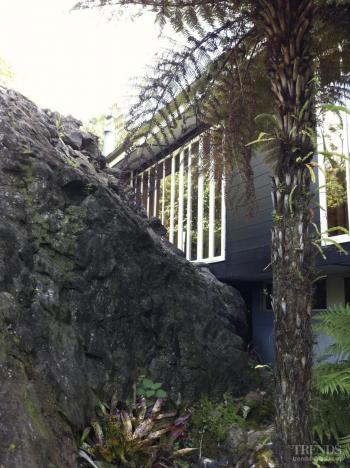 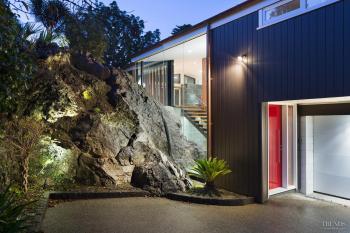 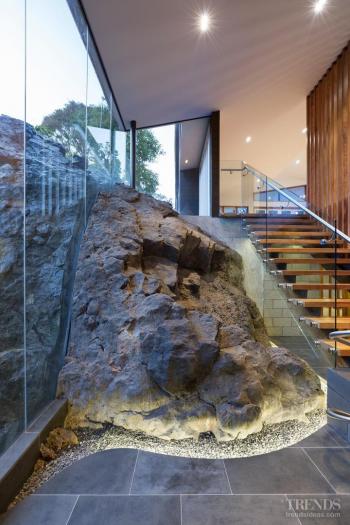 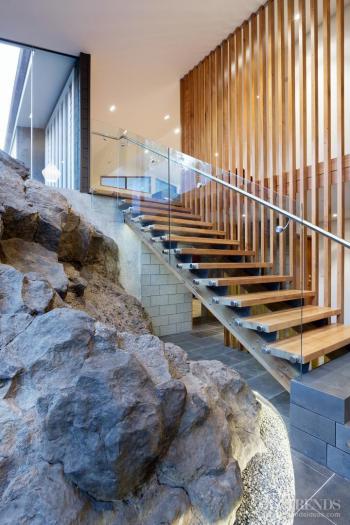 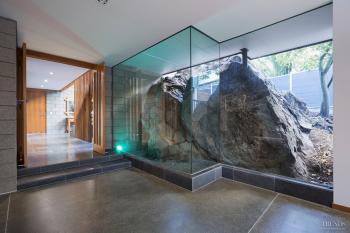 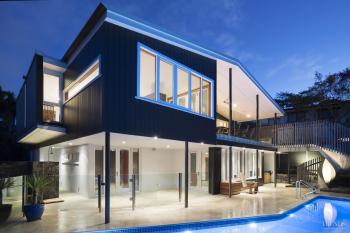 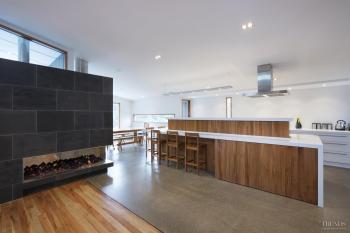 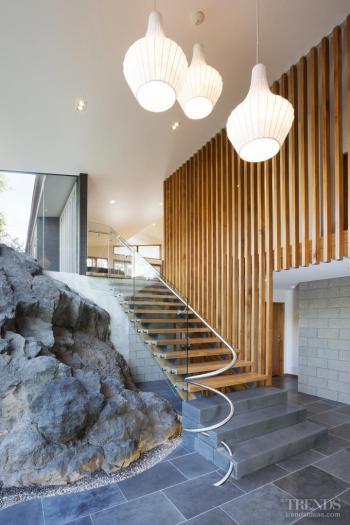 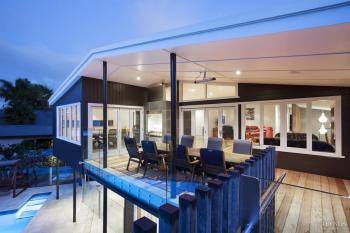 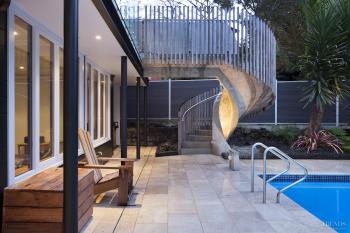 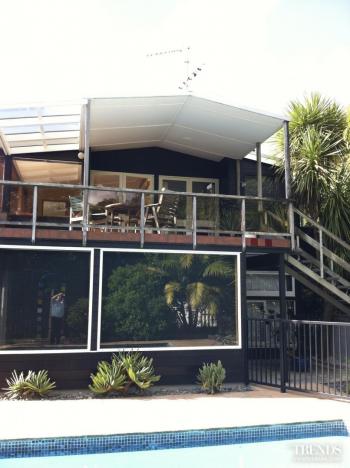 The architect says the changes were also designed to make the house much better suited to modern living, and to bring it up to current building codes.

"We were very concerned with making the new look like the old, but we didn't make it over complicated," says Wingate It still has a simple roofline, for example. But this has been extended to provide shelter for an extended deck on the main living level."

New weatherboard cladding has a profile that replicates the existing boards. It is also laid both vertically and horizontally, just as it was in the '60s. And new painted windows echo the original design.

To enlarge the open-plan living area, one side of the house was pushed out towards the north at the rear of the site. A solid, freestanding basalt wall helps to visually anchor the upper level, which is mainly glazed on this elevation.

Wingate says the basalt tiles, which clad both the inside and outside of the wall, could be considered a modern interpretation of the volcanic rock on the other side of the house, and the way this appears to slide through the glass. With a gas fireplace on one side of the wall, and a built-in barbecue on the other, the wall also references fire, albeit on a domestic scale.

The existing timber stairs leading to the pool were also replaced.

"A new freestanding spiral staircase in concrete sits like a sculpture in the garden. The staircase was pulled right away from the side of the house, so that it doesn't block the sun or the view."

A new media room on the lower level also opens up to the pool – and looks straight back onto the massive rock face in the opposite direction.