Just as teaching and learning methods have changed with emerging technologies, so do education facilities need to keep pace.

The new Tyree Energy Technologies Building at the University of New South Wales (UNSW) not only needed to accommodate new teaching and learning spaces for up to 1240 undergraduate and postgraduate students, it also had to reflect the university's focus on sustainable energy technology research, education and industry collaboration.

"At the same time UNSW wanted a building that would provide a memorable and distinctive address for the campus," Wooldridge says. "It needed to make a strong design statement."

Architect Matthew Todd of Francis-Jones Morehen Thorp (FJMT), the firm that won the limited entry competition to design the building, says the site was of considerable strategic importance. 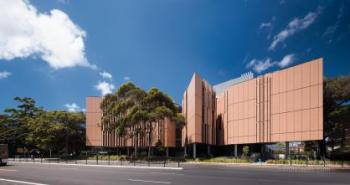 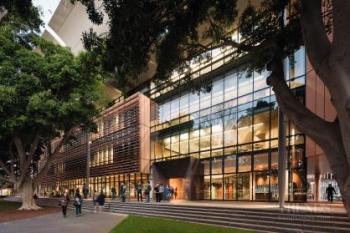 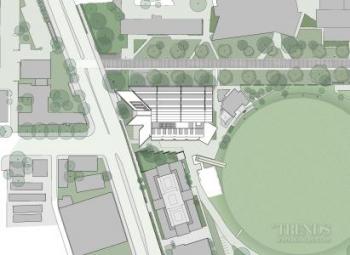 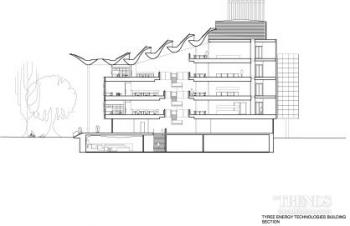 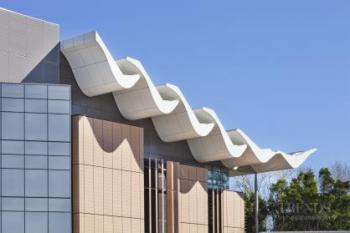 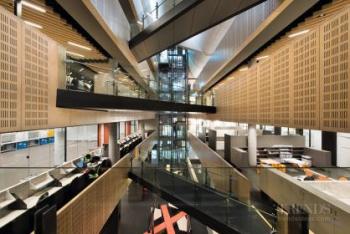 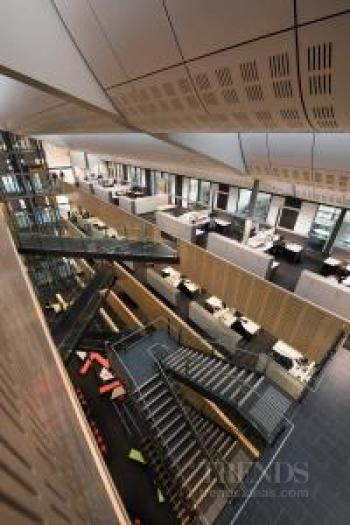 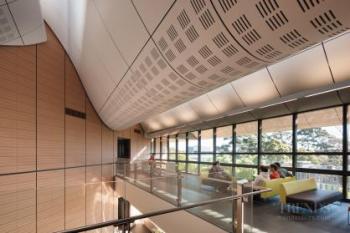 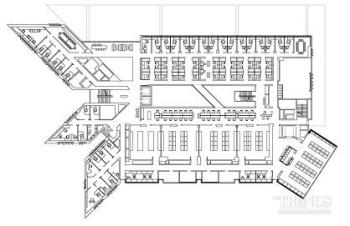 "The site is the junction of three interconnected urban zones – the retail frontage of Anzac Parade, the tree-lined mall that is the main approach to the university, and the huge oval that forms a village green. This project created an opportunity to create a significant gateway to the university – one that would also be a hub of activity."

Todd says the new building needed to respect the existing Modernist architecture and the ceremonial formality of the mall, which forms a strong entry axis and is integral to the identity of the university.

"The significant mature trees also had to be preserved. We needed to integrate the building as much as possible with the landscape. It was also clear that each of the building facades would need to provide a different contextual design response."

"The western facade fronting Anzac Parade needed to bridge the area between the retail strip on one side and the leafy trees on the other. We consequently fractured this facade into three distinct modules. The building weaves in and out of the trees, while at the same time it makes a gesture out towards the streetscape. The eastern laboratory module is turned to acknowledge the orientation of the Village Green."

Terracotta-coloured ceramic panels clad the exterior, which incorporates fixed vertical sunscreens. Because these are full-height screens, they allow plenty of natural light to flood the interior, and help to angle views while maintaining a degree of privacy for the offices inside.

"The terracotta colour provides visual warmth and gives the building a very earthy, Australian feel," says Todd. "It also echoes a much older brick building on the campus."

On the western elevation the building is lifted up, so it appears to float above the ground level, thanks to a fully glazed lower level.

"This is the student commons area, with a café and informal meeting and study areas," says Todd. "It's a very transparent, social space – you can see right through the building, which helps to give the architecture a sense of lightness."

On the north side, the building opens up to the mall, with a series of wide steps creating an easy transition into the building. The platform also functions as a gathering place for students.

"In a way this facade harks back to traditional agoras and ceremonial public steps," says Todd. "We also created a huge portal for the main entry – it resembles an enormous carved-out cube. This was formed from a precast concrete aggregate mix with a custom colour and honed finish."

Louvres along part of the north facade screen the sun from the academic offices behind.

The architect says other devices were also introduced to relieve the massing of the building on this side.

"We chose to push down the roof at the front to align the building with the tree canopy, and build it up at the back to accommodate the labs and plant. The roof itself is a complex curved sawtooth. We wanted to articulate each of the elevated parts, so these are treated as individual extrusions that give the building a sculptural look when viewed from the side. These elements are also expressed on the inside with curved plaster ceilings."

Automated glazed areas on the sawtooth roof bring natural light down into a large central atrium, and enable it to be naturally ventilated.

"Interaction is encouraged by the atrium design, in particular the creation of social hubs, generous circulation paths, meeting rooms, oversized stairs, bridges and interconnecting labs. Functions of the building are open or closed through varying levels of transparency, in the facade and interior design.

"Laboratory spaces are conceived as flexible modules that can be either separate or connected. The spaces can be adjusted over time."

Wooldridge says the building is the first at UNSW to implement a rooftop photovoltaic system and a tri-generation plant. Most of the roof is covered by a 150kW photovoltaic array, and the 800kW tri-generation system produces enough energy each year to supply almost 400 houses.

"Other energy-saving features include the highly efficient facade and the underground labyrinth that provides the building's cooling at no cost. In addition, specific materials were selected to minimise the environmental impact of the build.

"The university's leading-edge research in photovoltaics has also been facilitated by a state-of-the-art Class 10,000 clean room. This ultra-clean lab is used in the research and development of more efficient silicone chips for PV solar panels."