Turn of the tide

Renowned for its Mid-century Modern architecture, the butterfly house at Carmel Bay has been restored to its original splendor – by the owner and the sons of the original architect, Frank Wynkoop

Turn of the tide Discover this article's resources 0

By virtue of their architecture and location, some houses are destined to become local, and even national, landmarks.

The butterfly house at Carmel Bay, CA is such a house – it creates as much attention today as it did when it was first built in 1950 by architect and owner Frank Wynkoop.

Perched on rocks just above the high tide mark, the house takes its name from its soaring roof line that mimics a butterfly, or more appropriately, a seabird in flight. The roof, and the large angled window on the ocean side of the house were designed to deflect high winds and surf – the very elements that made locals question the suitability of the building site back in 1950.

Fast-forward 60 years, and the house is as strong as ever – it is anchored by reinforcing steel bored 6ft into the rock. But it has recently undergone extensive remodeling, designed to reinstate many of the original features while updating the house to better suit modern living.

New owner Joe Walter is just the third owner of the house, which stayed in one family for 50 years after it was sold by Frank Wynkoop. In researching the history of the house, Walter discovered three of Wynkoop's sons, who once lived there, are also architects. Two of the sons, Thor and Jay Wynkoop, were subsequently commissioned to oversee the redesign. 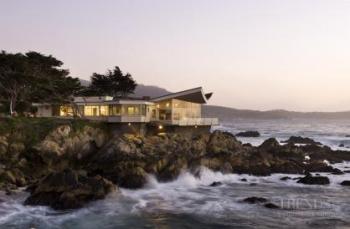 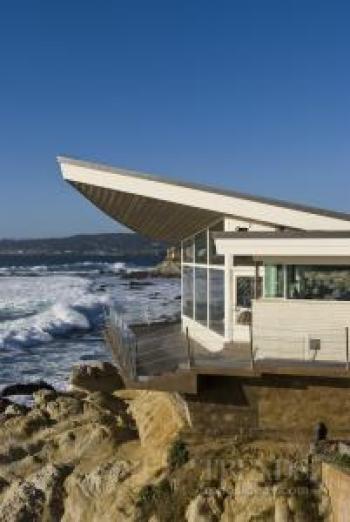 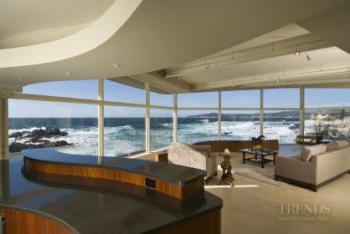 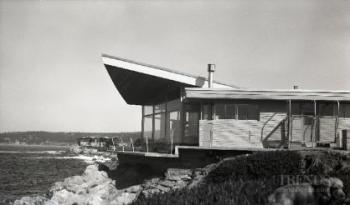 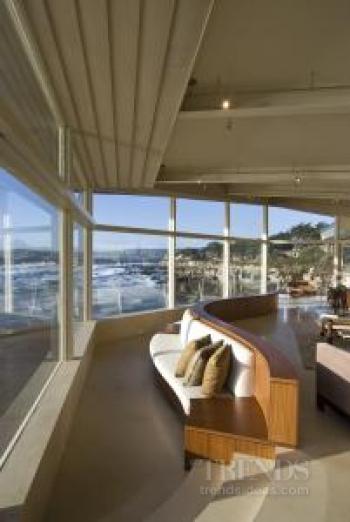 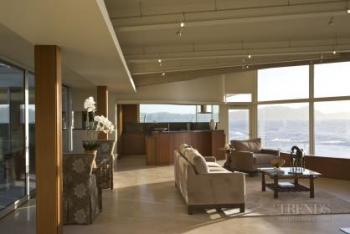 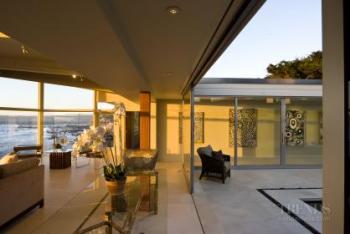 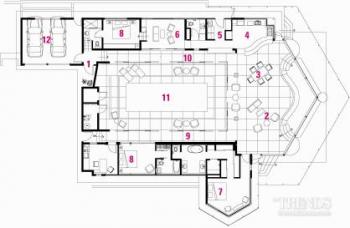 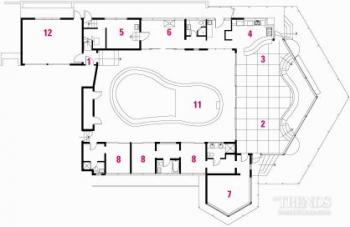 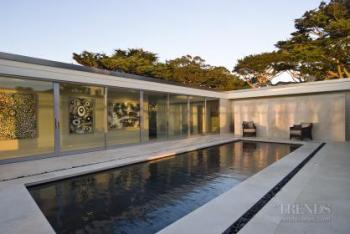 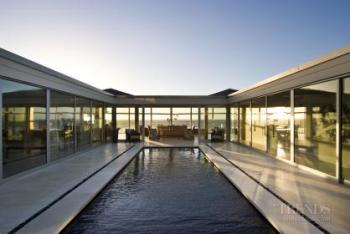 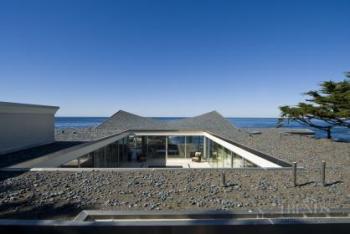 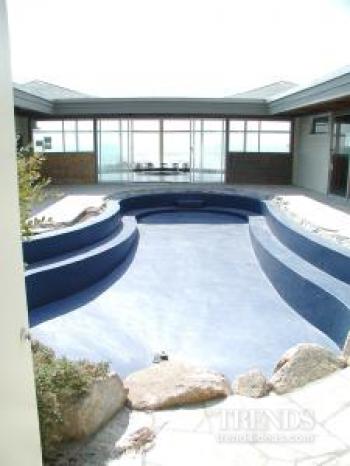 "For the architects, it was like coming full circle," says Walter. "For myself, I had long admired the house and especially liked the idea of preserving a unique piece of Carmel history."

The house was not only memorable in terms of its location and exterior architecture. It was also notable for its open-plan interior architecture, and the way it wrapped around a central courtyard with a swimming pool. Access to the bedrooms and a south-facing lanai room was formerly through the open courtyard, which had deep overhangs along the wings.

Architects Thor and Jay Wynkoop say the former owner had made several changes over the years. The pool had been filled in to create a patio, and a sunken, curved bench seat in the living room had vanished. Corrosion had also taken its toll on the windows and roofing.

The west deck, which cantilevers over the ocean, was repaired and under-deck lights were replaced so the owners can watch the surf after dark. The original tar roof was also replaced, and, as before, the new roof was overlaid with river pebbles. Slightly larger stones were used to provide a more textural look.

A new pool was another priority. Although the original kidney-shaped pool was unearthed during the remodeling, it was too badly damaged to be repaired.

"We felt something contemporary would be better suited, and would match the linear lines of the house," says Thor Wynkoop. "The new rectangular pool has a black plaster interior, which reflects the sky and holds the heat."

The architects say the floor plan needed to change to allow for larger rooms and ensuites.

"Effectively, we had to tear everything out and start again," says Jay Wynkoop. "In doing this, we discovered the original sunken floor and bench seating in the living room was still intact. The owners had simply laid flooring over the top. This was always a key feature of the house – even as children we could sit for hours just watching the surf and the sunsets. The new built-in banquette sofa was designed to match the original."

The architects introduced new windows and glass sliding doors between the living room and pool. They also enclosed the bedroom wings with large glass sliders that create a long gallery and hallway beneath the former eaves.

"There has always been a transparent quality to the house," says Jay Wynkoop. "From the pool area, for example, you can see right through the living room to the sea beyond, but you are sheltered from the prevailing wind. The sliding doors along the gallery and hallway also make the interior a little larger, but they still allow flow-through ventilation, which was another key feature of the original design."

To reinforce the seamless flow between inside and out, the flooring in the living areas and the exterior paving were replaced with the same limestone tiles.

Other changes to the interior include a new sapele ribbon mahogany kitchen, in the same position as the existing kitchen.