Summer vacations are memorable for lots of reasons, but it's often the opportunities to get close to nature that provide the most lasting memories.

This house takes that concept one step further, providing a retreat that's just like camping out, but with all the home comforts. In every room, the only thing separating the owners from nature is a pane of glass.

The owners commissioned Depardon and fellow architect Kathy Ogawa to create a house that would maximize the spectacular location, and better reflect their relaxed lifestyle. 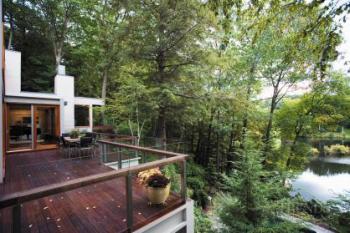 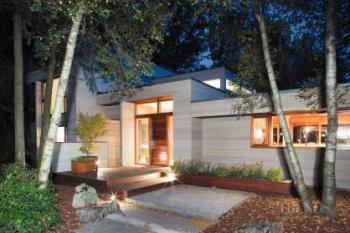 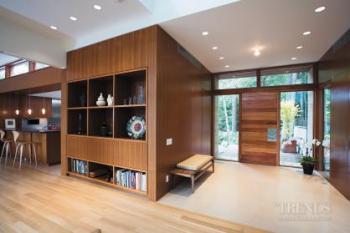 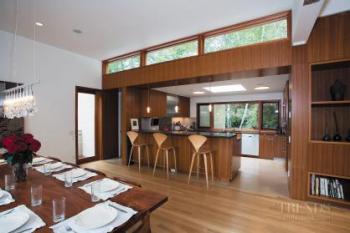 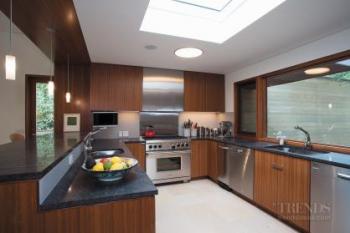 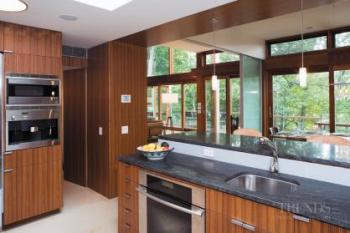 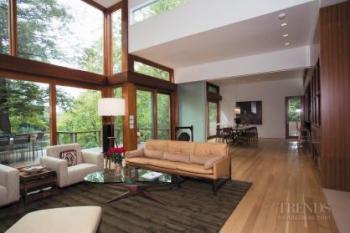 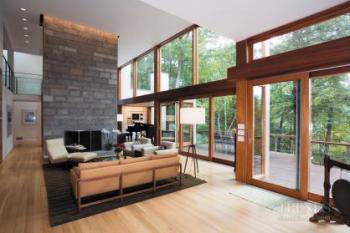 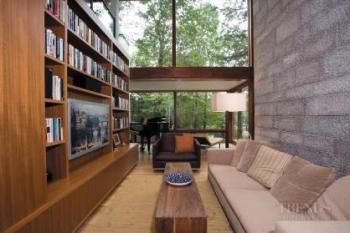 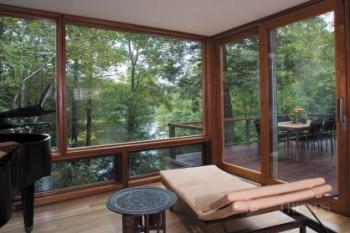 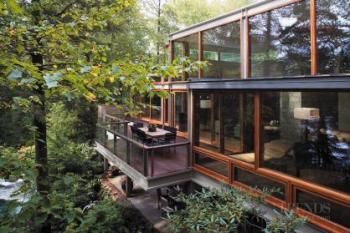 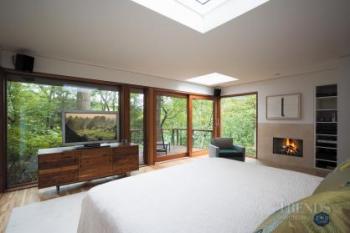 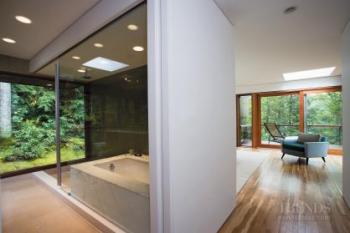 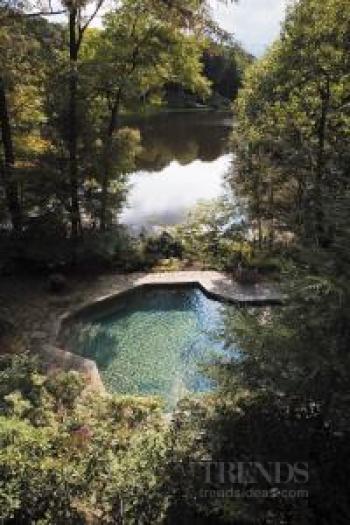 "The shape of the house has largely remained unchanged, as we kept to the same footprint," says Depardon. "But the facade has been altered. The original dark-gray vertical siding was replaced with pre-stained cedar boards that have a light, weathered look. And the roofs were effectively pulled back, with the eaves removed to allow a view of the trees through the clerestory windows."

The most dramatic structural changes, however, are evident inside the house, which was fully opened up to the view. The original wood beams were replaced with a steel and glass structure that creates a wall of glass from floor to ceiling. A double-height volume in the main living area allows even more glass, providing views of the treetops and sky. Several skylights also provide views of the canopy, and let in light. But Depardon says some of the original skylights were removed.

Depardon says all the rooms now have views, including the kitchen. Originally, the only link between the kitchen and living room was a pass-through window. The new kitchen is designed so the owners can enjoy the view from the main sink countertop.

Depardon says windows in the main bedroom suite were replaced with full-height panes. One narrow window that overlooked a gutter was removed – the space now features built-in shelving. The original fireplace was also replaced with a more contemporary model with a stone surround.

"The main bathroom really sums up everything that is special about this location," says Depardon. "It is right next to a bed of moss, so we continued the green color inside the room with glass wall tiles. We also positioned the rainhead shower right next to the full-height window, so it feels like you are showering outdoors."

Depardon says that because the location is extremely private, there are no blinds or curtains on any of the windows – a factor that further increases these sense of being at one with nature.