A demure roof profile, ample glazing and an emphasis on natural elements all help this home feel like part of the lakeside landscape

Remodelling a residence on the shores of a picturesque lake is a fair indication of the owners' love of natural beauty. This affinity with nature is likely to influence a major upgrade in two ways – firstly in ensuring the reinvented home doesn't overshadow its surroundings, and secondly in terms of ensuring a natural feel is emphasised throughout the design.

This lakeside home has been substantially remodelled by architect Lane Williams and follows both these agendas. Williams outlines how the project reflects these elements and how Asian architectural influences contribute to the design.

"The owners chose to remodel, rather than tear down, as zoning laws would have required a new residence to be built further back on the site and on a smaller footprint," says Williams. "The zoning is intended to protect the beauty of the area and to the same end, the owners didn't want the reinvented home to stand out from its surroundings."

While the remodelled home offers practical design considerations, the celebration of nature and restfulness is a central governing factor.

The roof line plays an important part in giving the home a demure presence. The living room, family room and master bedroom all front onto the lake and the architect raised the central roof over the living room – introducing large picture windows on the northern, lake side of the home. Clerestory windows under the eaves capture the southern sun on the opposite side. With the new roofing gables now oriented along the same direction as the shoreline, the home appears less prominent than before, despite the central roof being slightly higher. 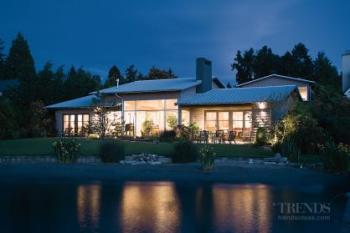 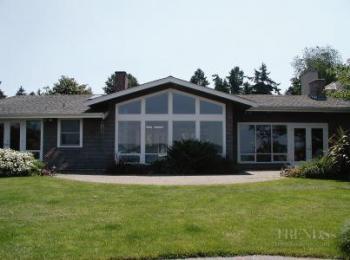 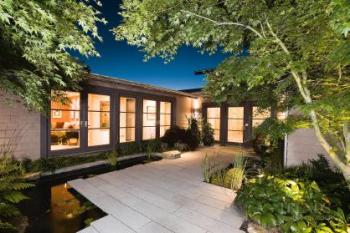 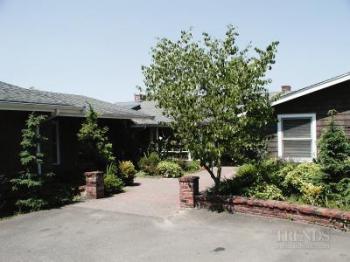 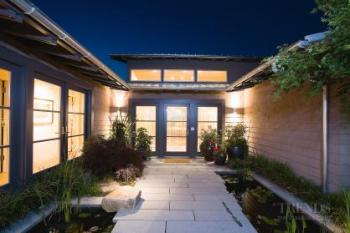 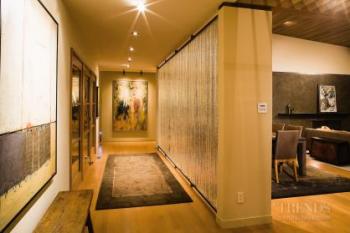 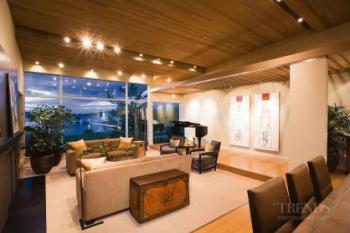 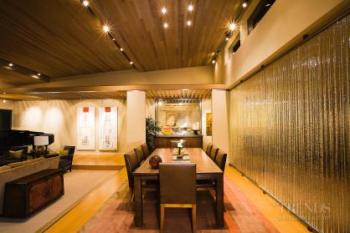 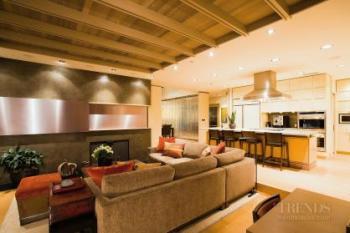 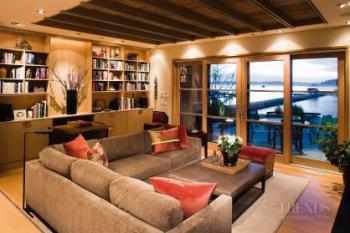 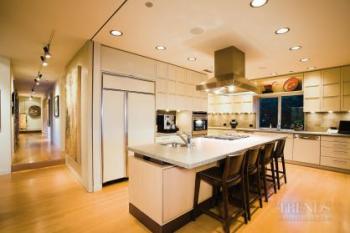 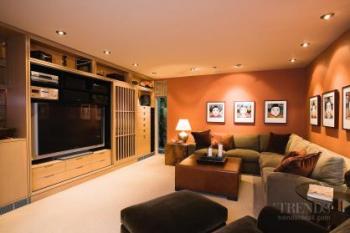 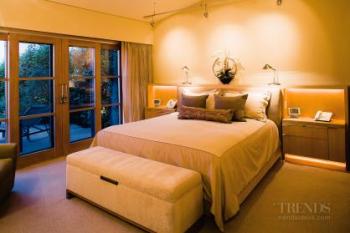 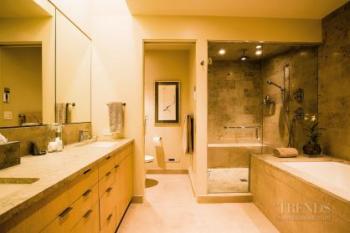 "While most rooms retain their original single-storey structure, a second level was added above garaging on the entrance side of the home," he says. "This barely appears above the roof of the main house when seen from the lake, and is in keeping with the low overall profile."

The new rooms above the garage are a gym, home offices and a guest suite – grouped together so they can be left unused in future years when the owners retire and no longer require daily use of their offices or the other spaces.

About 50% of the original structure was retained in the project, with other major changes being modifying the bedroom wing for a larger master dressing room, opening up rooms to the exterior and reinventing the entrance court.

"Approaching the home from the southern or entrance side, visitors cross granite pavers partially covering an ornamental pool, complete with Japanese Koi," says Williams, "The pool begins an emphasis on water and nature that runs throughout the home. It also suggests a Japanese influence, another feature of the residence."

Japanese folk homes have a strong connection to the outdoors and almost all of this home's rooms, including those facing the entrance court, now open directly to the outdoors. Another aspect of the upgrade was introducing stacking sliders to the family room and master bedroom, again furthering the connection with the environment.

The home enhances nature in other ways, particularly through its exterior and interior material palette. Wood shingles and stucco predominate outside, with cedar wood cladding used as an accent material. Both the stucco and cedar are also carried over as interior accents.

On the interior, rift oak floors, rift oak cabinetry and wood ceilings predominate, with the colour palette kept to earthy, natural tones – the main splashes of colour are provided by artworks. One of the artworks, a wall-sized glass sculpture, makes its presence felt from first entering the home. Designed by a local artist, the wall is comprised of overlapping panels. The surface texture has the appearance of water running down glass, another natural motif.

"The screen gives privacy to occupants of the living room and prevents visitors from spying the scenery the moment they enter the home," says Williams. "Instead, a series of turns provides a dramatic build up to the first glimpse of the lake."

One of the aspects the owners liked about the original home was its rambling, stepping up and down nature, and this was retained. This is also reminiscent of Japanese folk homes which were built over long periods of time, says Williams. Each new addition to the home contributed to their characteristically piecemeal floor plans.

The front door opens into an entranceway that leads left towards the kitchen and multi-media room and right towards the master bedroom. Straight ahead is the living room, concealed from sight by the large glass feature wall.

The living room floor steps lead down to the centre of the room. A baby grand piano in one corner and the dining table sit on the higher floor level.

"Both the living room and adjacent family room are large, particularly the living room with its introduced vaulted ceiling," says Williams. "I created an ‘indoor pergola' along one side of the living room to create a rhythm of volumes that prevents the space from dwarfing its occupants."

Above this feature, asymmetrical wood ceiling panels allow for semi-concealed light sources. The intricate ceilings contribute to the restful ambiance of the home in another way, too.

"This ceiling and the exposed truss ceiling in the adjacent family room both provide natural acoustic buffers," says the architect. "With the main living spaces close to each other and open-plan, managing the acoustics was an important element – particularly given the owners fondness for holding extended family gatherings."

The home has a well-crafted, mannered feel to it, in keeping with its precise Asian influences. Another example of this is a large wall panel, complete with artwork, that can slide across one side of the open-plan kitchen and separate it from the living and family rooms, much like the shoji screens in a traditional Japanese or Chinese residence.

Similarly, in the family room a metal screen above the fireplace slides away to reveal a plasma screen. Metal accents are used elsewhere, too, standing out in a home so much in tune with the natural world.