Contemporary accents enhance the classic exterior of this Cape Cod-style home. Inside, the spaces are warm and inviting

When designing a new home, the architect will often take his or her design cues from the surrounding environment. However, that inspiration must be tempered by the aesthetic preference and lifestyle of the people who will live in the home.

In this residence, designed by principal architect Kevin Akey of AZD Associates, environment, family living and the owner's collection of artwork and antiques all played a part in shaping both the exterior and interior. The exterior follows traditional lines, individualized with subtle, modern touches.

"Cedar siding, columns, eyebrow windows, shingle roofs and the white trim all give the home its classic appearance," says Akey. "Elements such as the chimney caps, metal roofs, and some window shapes contribute a contemporary sensibility."

The large home wraps around an in-ground pool, and corners of the structure extend into peaceful, tree-filled areas of the property. Among the home's notable features are the cornered porches that grace both the front and back. These provide large outdoor gathering spaces while hinting at the warm, cozy feeling that pervades the interior.

Although soaring open-plan interiors are often specified in new homes, the owner wanted this home to have lots of smaller, more intimate spaces. 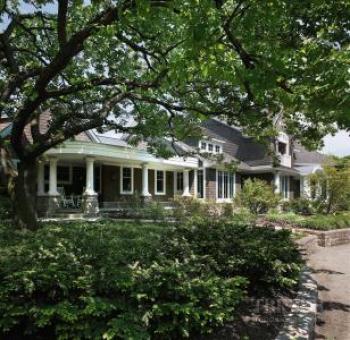 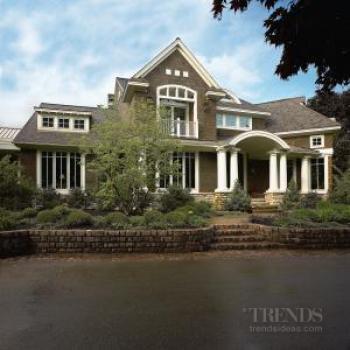 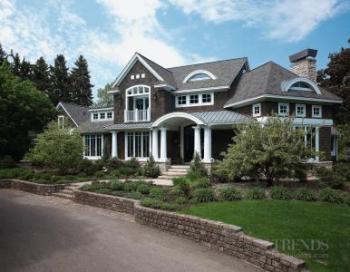 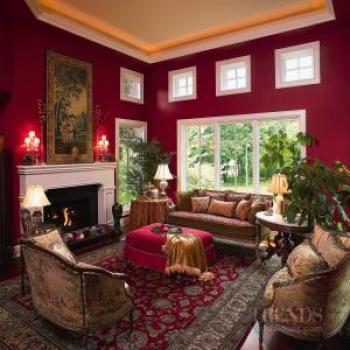 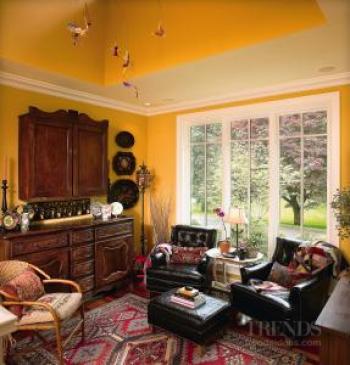 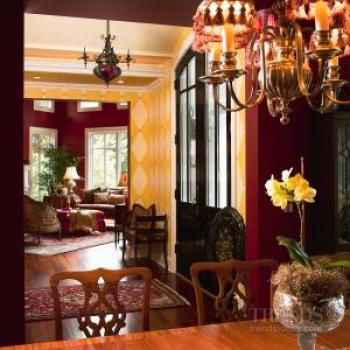 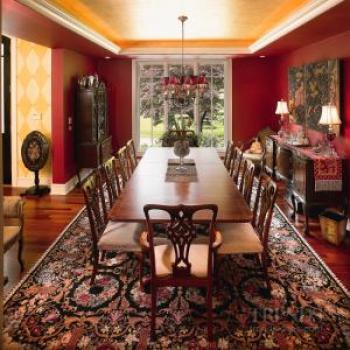 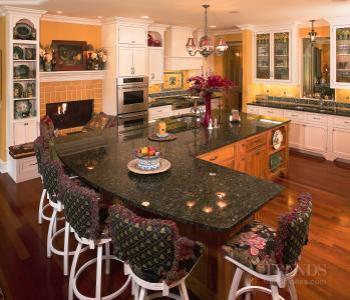 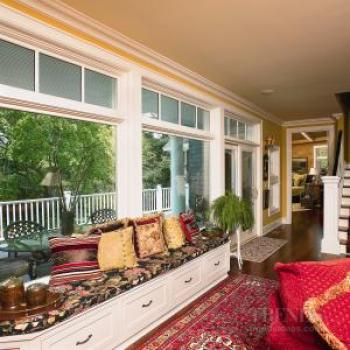 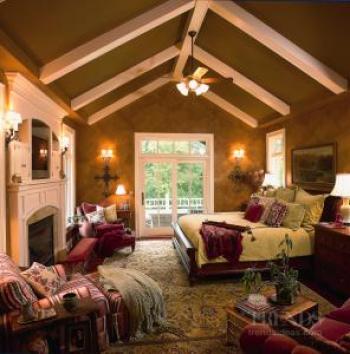 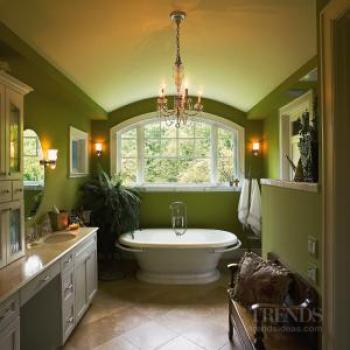 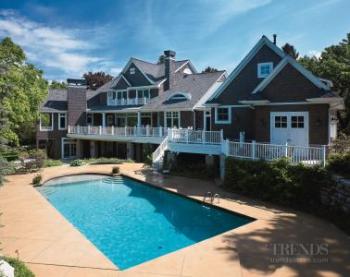 "We generally design large, sweeping spaces," says Akey. "But this home, with its often-smaller windows, closeable room entries and plethora of niches and alcoves has a very different feel."

An example of this downsizing to human scale can be seen in the formal living room. High on the wall, small, square windows admit plenty of natural light but also create the sense of a cozy, cottage-like residence. The cove ceiling above provides visual interest as well as ambient lighting, another intimate, welcoming feature.

The owner says she envisioned the interior as a functioning family space, hence there is a large mudroom, a second working kitchen pantry, and an office directly off the main kitchen as you come in from the garage. The kitchen and family room adjoin and are open to each other with a see through fireplace. The family room looks out over the pool, and the master bedroom and home office both have an air of separation.

The owner also wanted the home to display her extensive array of antiques and artworks. She worked closely with the architect to introduce foyer walls that could accommodate an extended hall table, spaces in the family room to accommodate oversized bookcases and even custom mantelpieces showcasing antique standing lamps.

"In the kitchen, custom cabinets are built around the client's stained glass pieces," says Akey. "Wall sconces and chandeliers already in her possession were also slotted into the design."

The plethora of antiques and interior detailing adds to the home's comfortable, relaxing feel.

"With so many diverse pieces in evidence it was important to find unifying elements to draw the interior together," says Akey. "The owner loves natural wood and as a result, Brazilian cherry floors run almost throughout the home."

Other subtle unifying elements contribute to the home's homogenous feel. For example, the architect designed custom base trims with a traditional look to grace most of the formal rooms.

The strategically laid out interior is effectively a traditional design - right down to the ability of the owners to actually close doors between various rooms.

"There's a story behind these interior doors as well," says Akey. "It is not only the two-legged occupants who dictate this design. The owner loves her cats as much as her collectibles and these doors are largely to keep fur and fine furnishings apart."