Change for the sake of change isn't always the best reason to renovate. Most of us also want an improvement on what went before.

This traditional villa, built a century ago, was remodelled in the 1980s, but changes made during that renovation did not suit the new owners who called in architect Chris Holmes of CAAHT Studio Architects.

"That earlier renovation removed the central hallway and replaced it with walls at 45° angles, which made it difficult to place furniture," Holmes says. "The house was cut up into a lot of small spaces that were quite awkward – the dining room was particularly tight, measuring just 2.4m across."

The architect says the owners wanted a complete renovation that would maximise the existing footprint while retaining the traditional villa character, as required by a conservation overlay.

"A former lean-to that was built many decades earlier was removed from the rear of the house and replaced with a modern version, which is just 1m longer. So we were only adding an extra 8.5m2 in total, but it needed to work a lot better than the existing layout." 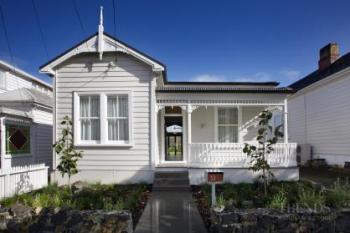 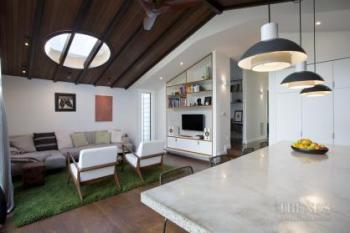 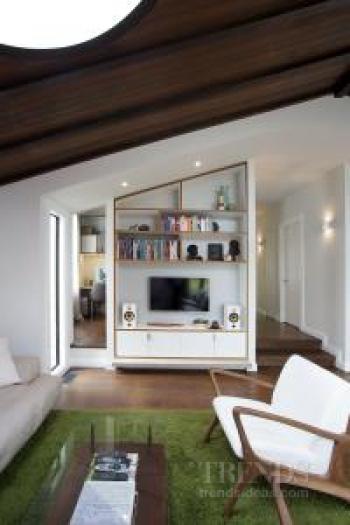 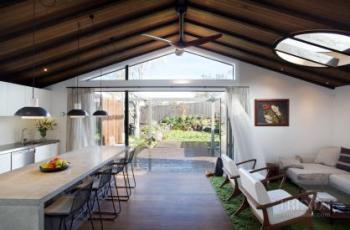 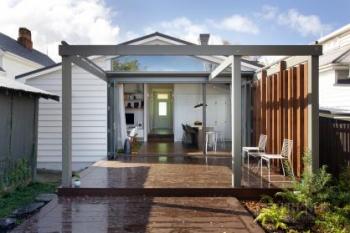 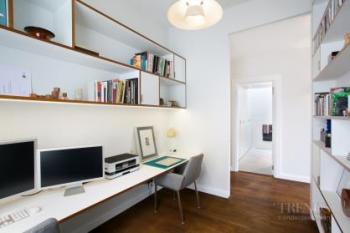 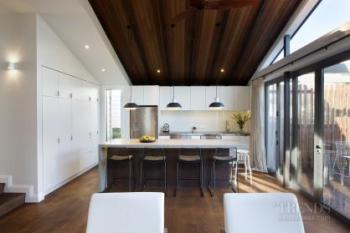 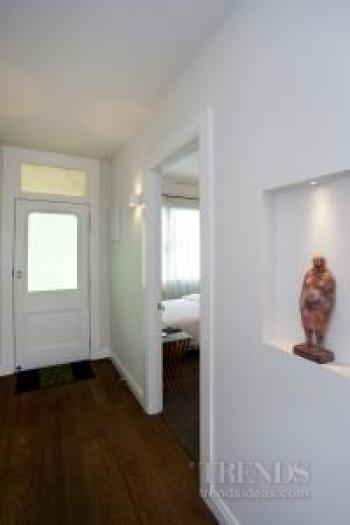 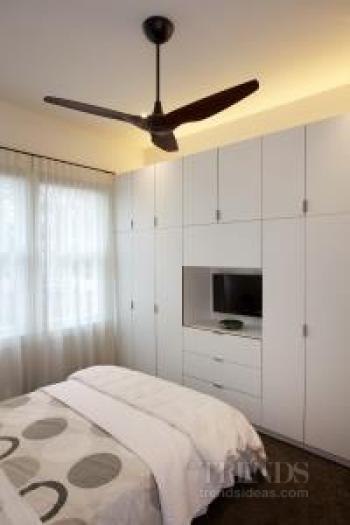 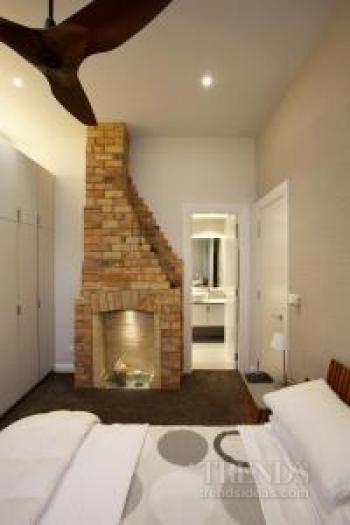 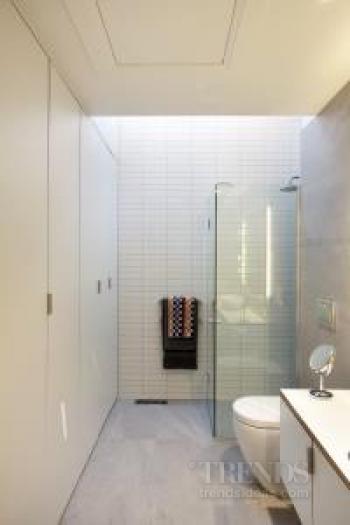 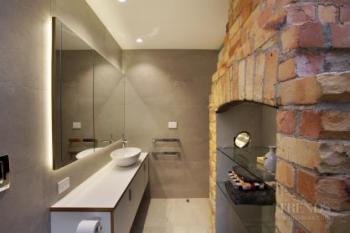 Holmes says he took his cue from the original villa, gutting the interior to reinstate the central hallway.

"In terms of efficiency, we couldn't beat the original villa layout, with its central axis and rooms off to the left and right. These bedrooms receive plenty of natural light, and there is a direct circulation route from the front door to the living areas at the rear. But we did take the opportunity to make one key change – there is a subtle, gradual rise in the hallway ceiling height towards the rear. This helps to lead the eye to the extension, which explodes open with a much higher ceiling that follows the new, gabled roof line."

Holmes says the new addition steps in briefly from the sides of the original house, and is also stepped down, so it reads as a separate volume. The traditional weather-boards of the old villa can be glimpsed through two slot windows at the sides.

Exposed dark-stained beams and cedar sarking in the living area also signal a change in architecture, and the break between old and new.

"Even from the outside, the broader, wider gabled roof makes it clear that this is a modern addition," Holmes says.

To bring additional natural light into the family space, a large circular skylight was added.

"With close neighbours on two sides, it didn't make much sense to put windows in the side walls. The skylight brings in plenty of light. The ceiling is such a strong design element we initially wondered whether we should interrupt it to create the skylight. But to remove the rafters would have involved a lot of extra engineering, so we continued them right across the skylight. The result has been very pleasing – they add visual appeal and cast interesting shadows as the position of the sun changes during the day."

The family room incorporates a large kitchen, with white cabinetry. A large bank of cabinets at one side is recessed into the wall, so is technically within the old villa. This helps to make the living area more spacious. The owners also chose to forgo a dining table and dine at the island instead.

"They even entertain this way and it has worked well for them," says Holmes. "We kept the island benchtop free, placing the sink on the wall behind. This ensures the island can double as a table."

The front of the island features copper that has been weathered to a patina and installed in sheets with exposed nail heads.

"The copper wraps around beneath the cantilevered end of the island. It is very robust and can withstand wear and tear. To highlight the patina, we added LED strip lighting beneath the benchtop."

The living area flows to a large timber deck with a pergola that helps to define the outdoor living space as an extra room.

Other key features of the house include a new study that can be opened up to the family room, and an improved master suite. The bathroom in the suite features a void that's open up to a skylight, which bathes the room in natural light.