Designed by Lee Hardcastle, this kitchen is part of a renovation of an older home

Successfully merging the old with the new was the key to this extensive renovation.

The existing house – a grand, three-story 1960s home on a prime riverside site – has been completely remodeled inside and out. Not surprisingly, a new kitchen is at the heart of the home.

Designer Lee Hardcastle of Enigma Interiors says the original kitchen was smaller and did not lend itself to modern living.

"It was rather hidden and it was an awkward space. The owners, Andrew and Karen Baildon, wanted to make a statement with their new kitchen. It needed to be beautiful and uncluttered, with a separate work area at the rear."

The ground floor area was subsequently remodeled and several walls removed to create a spacious kitchen and open-ended scullery within an extra-large family living area that opens up to the outdoors. 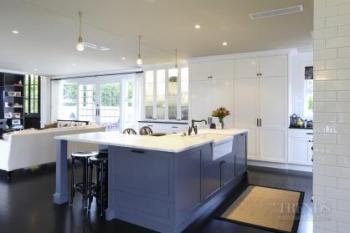 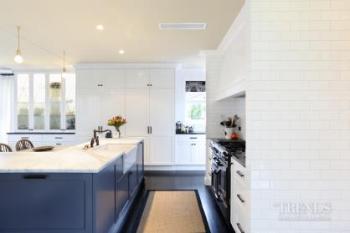 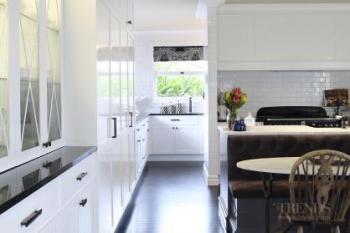 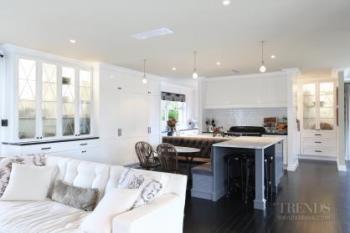 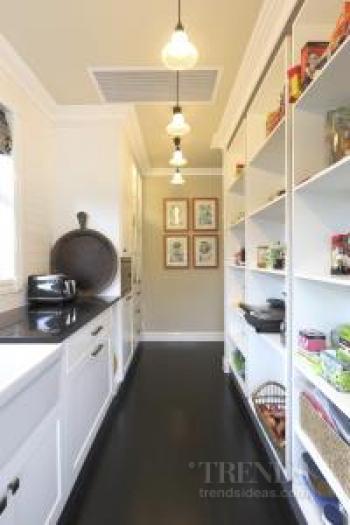 Hardcastle says it was important to maintain the traditional character of the older home.

"The owners have always admired the Art Deco period, and this greatly influenced the design," he says. "The home already boasted large columns and archways, wooden floors and Art Deco detailing."

Hardcastle, who worked closely with Karen Baildon on the project, says she had collected many images, mostly featuring American projects.

"Many of these designs expressed a Georgian feel. This also helped to determine the design of the hand-painted cabinetry, which features simple recessed panel doors and fluted glass display cabinets with a distinctive diamond pattern.

"The cabinets even show slight brush marks, which ensures they can be touched up easily if needed."

Hardcastle says a central island was another request – as well as providing plenty of counter space, this needed to accommodate dining seating and bar stools.

The L shape evolved from these requirements. One end of the island forms a bar top, while velvet banquette seating wraps the inside of the L.

The exposed peninsula on the island is supported by a square-edged column on a pedestal base. A similar base features on the banquette seating – this is highlighted by a subtle repetition of the diamond motif.

"We also introduced this pattern to the wall above the range," says the designer. "And the motif reappears on display cabinets in the scullery, which can be seen from the kitchen. This provides visual balance, but the pattern is used sparingly so that it doesn't overwhelm the space."

In keeping with the need to retain a traditional character, all the modern appliances are integrated or concealed in the scullery. The bank of cabinets on the side wall conceal a large refrigerator and freezer, while the island hides a dishwasher and a large refrigerator drawer.

But a traditional black Falcon range takes pride of place in a hearth-style cooking center. White subway tiles line the backsplash and the outside walls of the center, creating a highly practical surface.