Many kitchens in older homes are designed just for cooking, not entertaining. They are often poky little places with room for only one person at a time, so a kitchen remodel can require a total reorganization of the workspace.

Kitchen designer Matthew Rao says this kitchen could not have been achieved by sticking with the existing floor plan.

"We couldn't possibly have kept the kitchen in its original space. But the place where the old kitchen was now works really well as a little breakfast nook."

Reversing the positions of the kitchen and dining areas also meant there was better access to the deck. This was important, as there is a well-used combination grill/smoker outside.

As the homeowners enjoy entertaining, they needed a space where they could interact with their guests while cooking – without having them get in the way. 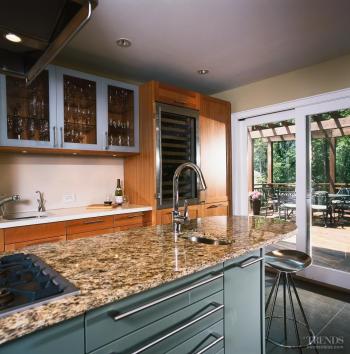 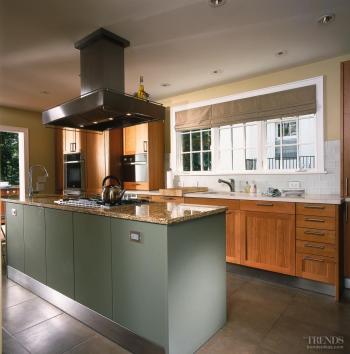 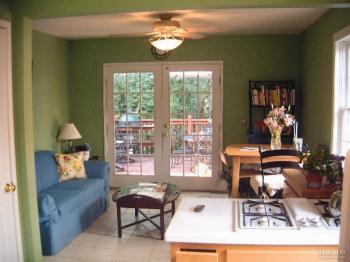 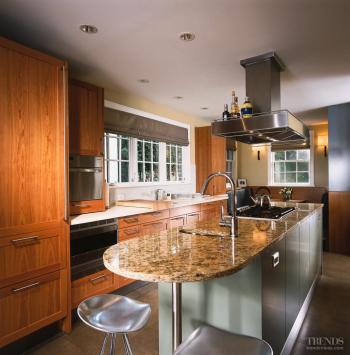 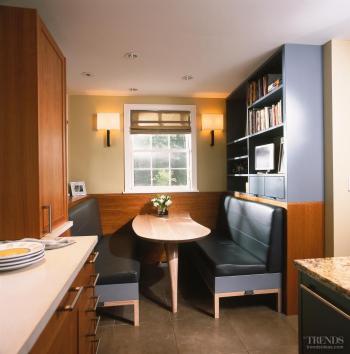 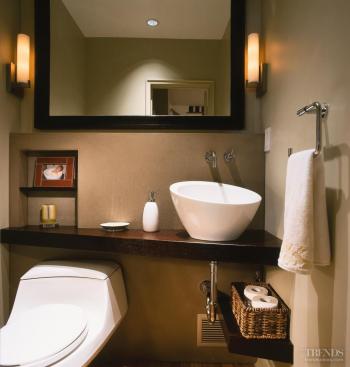 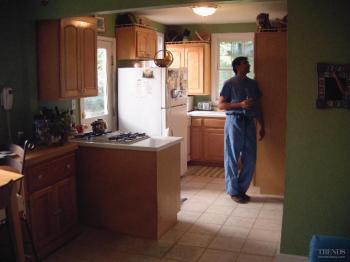 "I wanted the cook's zone to be protected from the guests," Rao says.

The introduction of an island helps to separate guests from the cooks, and functions as a diverter for traffic flow between the front and back doors of the kitchen. It also allows the homeowners to face their guests while preparing the meal.

A wine bar is located outside of the main preparation zone, so guests can come in from the deck and serve their own drinks without getting in under the cook's feet.

Both homeowners love to cook, so it was important that they would be able to use the kitchen at the same time.

"It was very frustrating before the remodeling. It felt like a revolving door kitchen – one of us had to leave if the other one wanted to come in. Now we can cook together and both have our own area to prepare food," says one of the homeowners.

They really enjoy the booth area, which is big enough to seat three couples at a stretch. The homeowner wanted the booth to look modern, but not to look out of place within a 1930s home. A bookshelf next to the booth stores their cookbooks and also houses a small television.

"We spend most of our time in the kitchen area, rather than the dining room. The booth is a nice place to hang out, read the paper, and enjoy the kitchen," she says.

The remodel also allowed for the shape of the adjacent powder room to be changed from an awkward L-shape to a more functional rectangle.