Together apart Discover this article's resources 0

Connecting two existing buildings is one way to achieve a large family residence. However, if you decide to go down this path, a bold unifying element that draws the original structures together is essential.

"Rather than trying to connect the exteriors inconspicuously, the new design utilizes the space between the original buildings to create a two-story stairwell void," says Johannsen. "This creates a strong unifying feature, and leaves the heart of the new home open through both levels."

An extensive use of glass defines the void, creating a sense of drama when approaching the home from the front or the back. Glazing, in the form of glass roofing and double-story windows at the rear, allows natural light to flood the interior by day.

As well as connecting the structures, the architect had to meet a number of county building restraints. These included retaining a sense of the architectural envelopes of the original cottages. 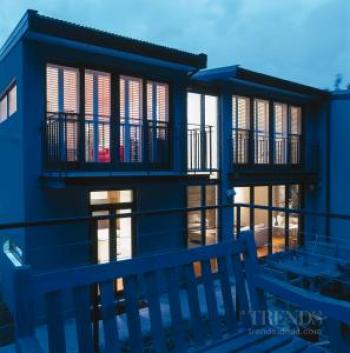 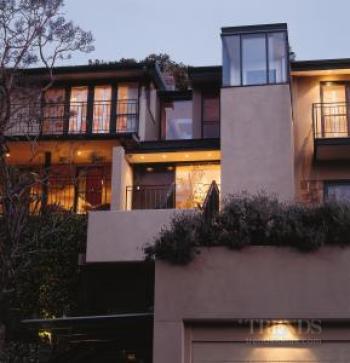 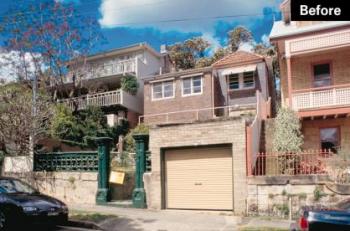 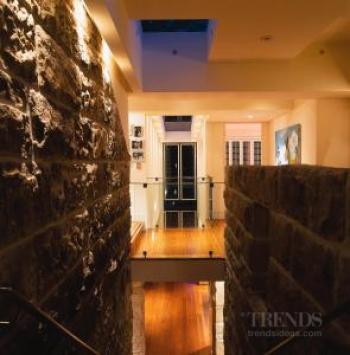 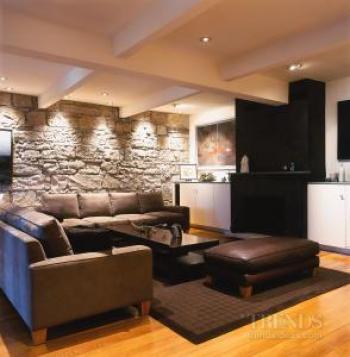 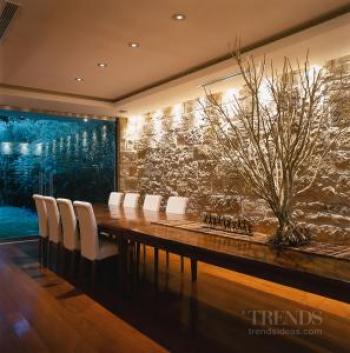 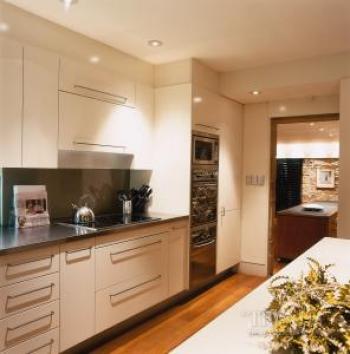 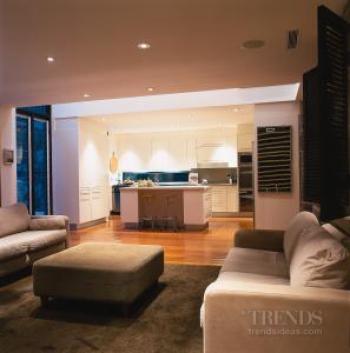 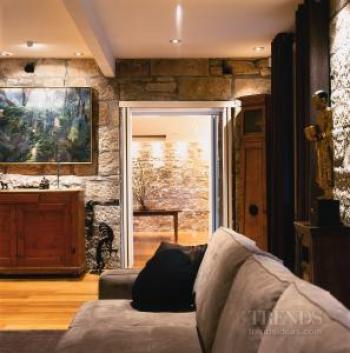 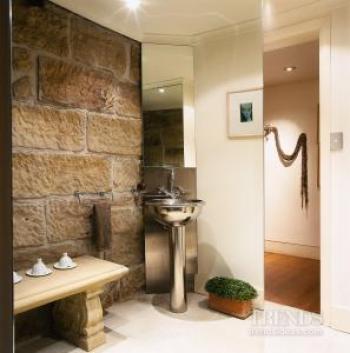 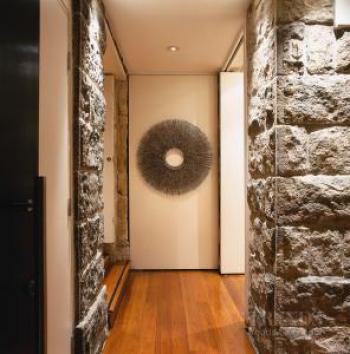 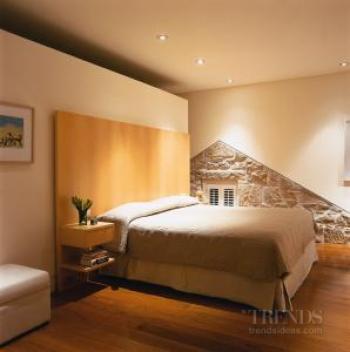 "The central void merges the two structures, while still retaining a sense of the original profiles," says Johannsen. "At the front of the home, the void is stepped back slightly to accentuate this."

Several external features highlight the front of the new home. The original cottages were built on a high elevation to maximize the views. Johannsen introduced elements that visually break down the difference in levels.

These include an intermediary balcony, which also provides a logical break for the external stairs. Planter boxes over the street-level garaging further break up the difference in elevation and contribute to the home's attractive aspect.

At the rear, new rooms extend beyond the original facades – the separate roof, overhangs and balconies, a tribute to the forms of the original cottages.

"Care was taken to create new dimensions that were respectful of the original façades," Johannsen says. "The complex nature of the design required working in close consultation with the builder, Keith Arnold, throughout."

While the sandstone of the original cottages wasn't extended to unite the exteriors, it played an important role in harmonizing the home's interior.

"The exposed sandstone walls of the cottages were retained to create a warm unifying interior feature," says Johannsen. "A stonemason was on site for most of the project, and sandstone was removed from some areas and reinstated in others, as the design required."

This rough, textural stonework is found throughout the interior spaces. For example, the original facing exteriors of the cottages were used to form the walls of the central staircase. The extensive use of glazing in the void and on the rear facade of the home offers strong contrast.

"The home's central stairwell is a circulation point, around which the living dining and family areas are configured," says the architect. "Sitting in the living room, you can look through a doorway on each side of the central corridor to the dining room."

A walkway, with glass balustrading, crosses from one original interior space to the other, allowing direct views down to the lower level.

Downstairs the living area is on one side of the void, with the kitchen on the other. Upstairs, the void separates bedroom zones for parents and children.

The home's extended elevation required the introduction of a lift to enable easy access for an elderly family member. The lift's glass cap provides a striking view for lift occupants on the upper story. When the lift is on a lower level, the shaft acts as a light well for the floor below.

The central living area is contained in one of the original cottage rooms. Oxide-tinted render was applied to the fireplace, together with a Mintaro slate mantelpiece, to provide a focal point for the room.

A striking feature of the home is the elongated banquet room on the ground floor. The space reaches to the rear of the home and features two floor-to-ceiling pivot glass doors that open onto a private courtyard. The glass wall provides a leafy outlook for diners.

"Lighting was an important aspect of this room – various configurations can change the atmosphere of the space from casual to formal," says the architect.

Other surfaces are finished in simple plasterboard, enabling the sandstone and glass to take center stage.

"Tallow wood floors throughout the interior and across the central bridge, provide a rich, uniform look," says the architect. "The floor offsets the sandstone without overwhelming it."

The kitchen is finished in practical polyurethane surfaces. Sandstone elements are retained in the bedrooms.