To the manor born

With its richly textured fabrics, hand-waxed wood paneling, and decorative architectural features, this house is a testament to the traditional English country manor style

To the manor born Discover this article's resources 0

No matter how promising an original plan may seem, some houses can take a while to reach their full potential. In the case of this English-style country manor house, it took nearly a century.

The house, which was built around 1910, has a traditional brick and limestone exterior, and a slate roof typical of country manor houses built around the turn of the last century. The grandeur did not extend to the interior, however.

Designer Marshall Watson says the interior was little more than a simple shell, with no moldings or paneling. It had also deteriorated over the years, and was in need of major remodeling.

"The new owners wanted to restore the house, taking it beyond its original specification to reflect the lushly decorated, multi-layered interiors that one could expect to see in a traditional manor house," he says. "They already had a fine collection of English antiques to incorporate."

Watson says the owners also wanted a comfortable home for their large family – one that would be well suited to entertaining. 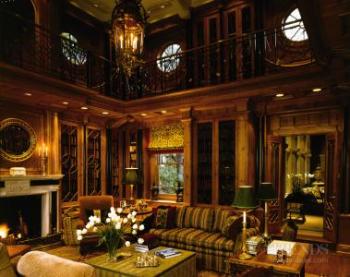 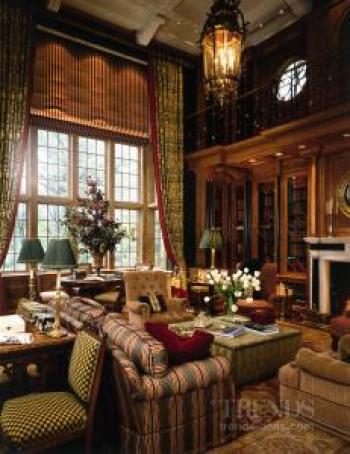 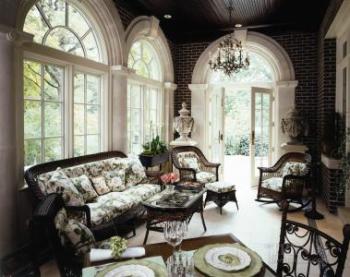 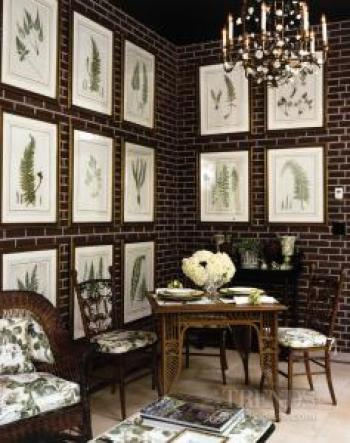 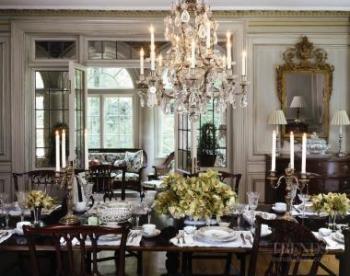 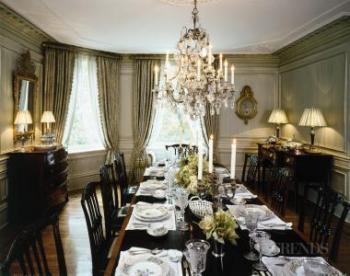 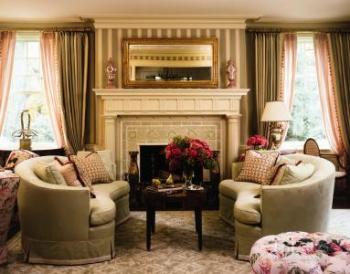 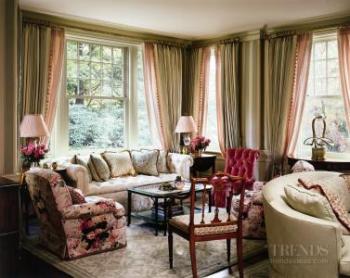 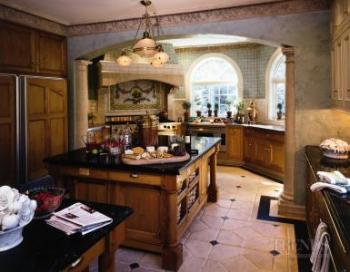 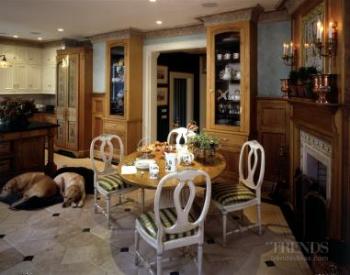 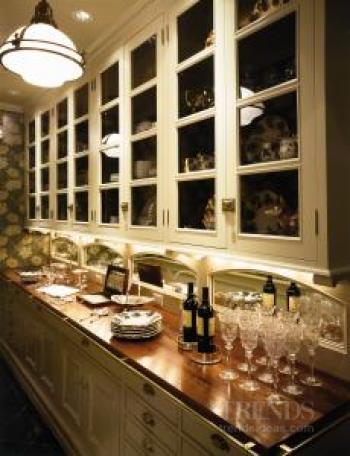 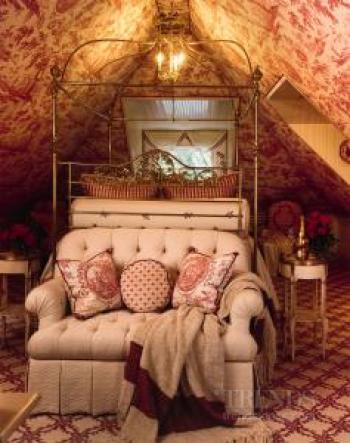 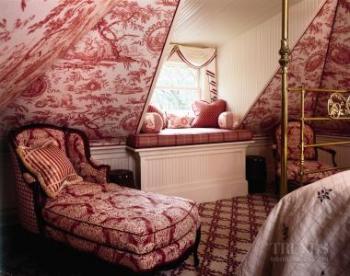 To provide the necessary interior spaces, a large addition was included in the re-design. This accommodates the new family room, which is a double-height space, designed as a traditional library, complete with mezzanine balcony and extensive built-in display cabinets.

"Our architectural designer Holmes Easley was inspired by some of the great English libraries – and the Morgan Library in New York," says Watson. "The traditional Arts & Crafts architectural style pioneered by Lutyens was another influence."

Key decorative elements include the ornate pine paneling, moldings and cabinetry. The pine was treated with a caramel-colored stain and tung oil, and then hand-waxed to create the desired patina. The balcony features round windows, with matching semicircular window seats.

"It's a very comfortable, masculine room, with colors that were inspired by the old, leather-bound books," says Watson. "Tones of burgundy, dark green and caramel are repeated in the fabrics and in the large Pakistani rug, which visually ties together the different patterns, creating a richly textured look.

Watson says the antique furniture and accessories, which include a large Parisian copper lantern in the center of the room, add a glowing, reflective quality to the interior, in keeping with the era.

The library opens to a conservatory, also part of the new addition. Rather than cover the existing dark bricks on the house exterior, these were left exposed, and replicated in the new walls.

Watson says the brickwork, while distinctive, did create a heavy, ponderous look. To counter this effect, limestone floor tiles were introduced, along with large, Palladian-style windows with limestone trim, and a set of botanical fern prints.

"The owner loves gardening, so this is effectively a garden room – hence the wicker furniture and the floral, green-and-white upholstery. It's a very English look, but one that's also typical of 1920s American conservatories."

The formal dining room is another room that opens to the conservatory. Although part of the original house, the room did not appear to have been used as a dining room, says Watson.

"It was a wonderful, empty space to work with. All the architectural detail had to be added to create the desired formality, but there was a grand sense of scale to the room."

The walls have a multi-layered, hand-brushed glaze, with traditional French-style moldings picked out with silver gilding. Antique mirrors and chandeliers further enhance the grandeur.

The formal living room is decorated in light green and pink tones, with walls upholstered in a striped silk fabric that also features in the curtains.

"This is a very soft and seductive setting," says Watson. "The floral chintz is a favorite pattern of the owner's, which she wished to include."

Intricate detailing includes a beaded pink jade and white quartz fringe on the curtains. The fireplace surround, which echoes the soft green tones of the furnishings, was adapted from a design found elsewhere in the house. It incorporates a panel of decorative filigree-style, hand-made tiles from Portugal.

Antique Portuguese tiles also feature in the kitchen, where they form a decorative backdrop in a French Provincial-style cooking hearth. The pine cabinetry here is similar to that in the library, and includes two large islands, designed to resemble furniture pieces.

A French influence helped determine the look of the attic guest bedroom shown on this page. A toile de jouy fabric printed from antique, 18th-century copper plates lines the walls and ceiling. The room, designed as a retreat, also features an antique brass four-poster bed with matching brass crown and chandelier, and a custom carpet.