To be continued Discover this article's resources 0

The architectural history of a nation and the skills of its architects, artisans and builders are preserved or lost by the actions of later generations.

Singapore's Urban Redevelopment Authority (URA) has been working to preserve elements of the island city's heritage, with the aim of adding variety to the urban landscape and as a reminder and representation of the past.

The home featured on these pages is a transitional-style Peranankan terrace house in a street that was once part of a nutmeg plantation. It was recognised by the URA for its historical and architectural significance.

Restoration architects for the project Ong & Ong began with a photographic record of the old home to capture its essence and allow its intricate detailing to be restored.

Project architect Maria Fernanda Arango Garces says an objective of the restoration was to conserve the heritage value of the house, while at the same time introducing modern elements. 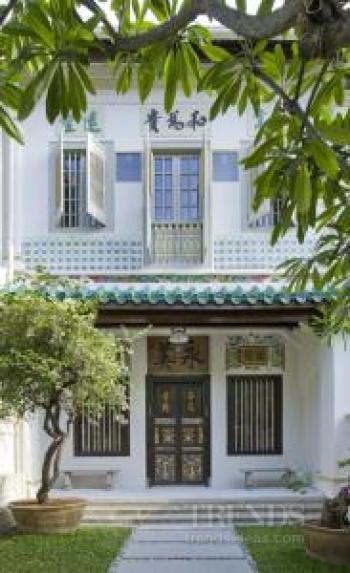 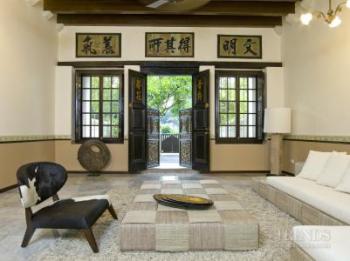 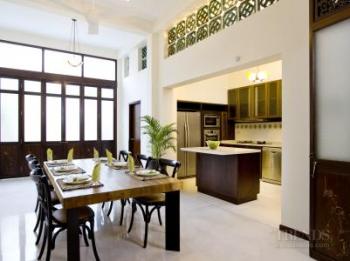 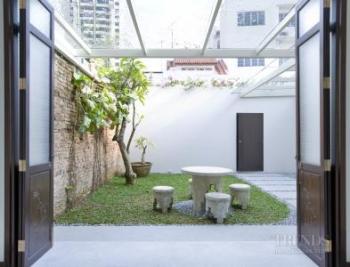 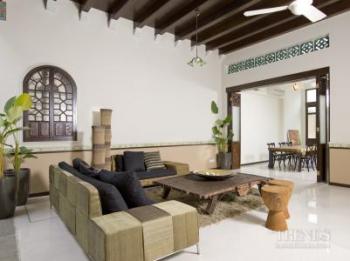 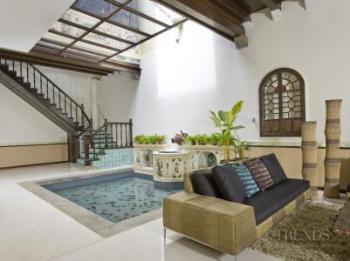 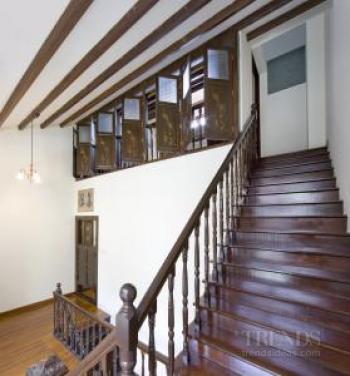 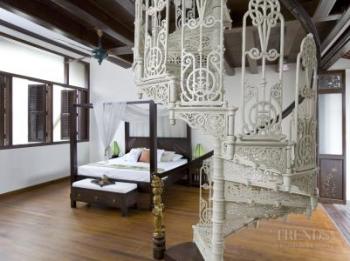 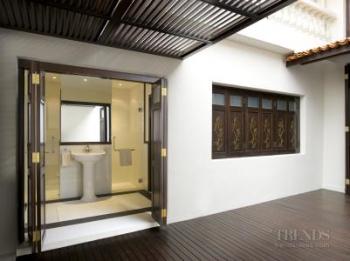 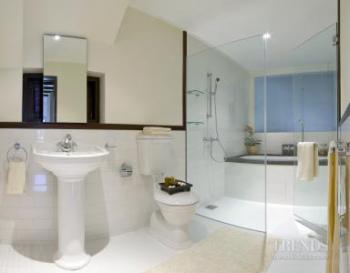 "As well as restoring and conserving the structure, a major challenge of this project was to ensure that all the home's historical detail, including the original ornamental plaster motifs and murals, was restored to allow the building to retain its character and architectural expression," the architect says.

This approach began with the front facade of the building. To maintain the authenticity of the original design, the main gate was stripped back and restored, and the timber louvres and plasterwork on and around the windows and swing doors were also carefully renovated.

Over time many of the plaster motifs had lost their clarity and intricacy, and detailed research was required to ensure the restorations matched the original designs as closely as possible.

Once inside the front entrance, the ground floor includes a kitchen, a dining area that opens onto a garden, a living room and an open courtyard or air well with a pond. The guiding principle in renovating this level was to retain the structure and space, but to upgrade it to accommodate a more modern way of life.

"The courtyard, with its water feature, was a key element of the original house, and it is the most important space on the ground floor. It is a pivotal area of the home and the owners were keen to retain it but, to make it better for entertaining, they wanted to be able to close off the roof so the space could be air conditioned," says the architect.

To achieve this without loss of light or ventilation, a fully motorised, glass skylight was added. It can be retracted so it slides unobtrusively into the ceiling when not in use, recreating the original open courtyard area.

The motif in the fountain is made from a mosaic of colourful pieces of ceramic tiles and tells a classical Chinese story. Some of the pieces had been chipped or lost, so new tiles were made to match.

Also on the ground level are the dining area and kitchen. There are now two sets of timber swing doors with motifs of birds and flowers carved into them – an original set separates the dining area and living room and, for security, an exact replica set was added between the dining room and garden. Original locks, hooks and bars on the doors were kept to enhance the authentic feel of the home.

In the spirit of retaining, restoring and repairing as many as possible of the home's original features, the old kitchen cabinets were kept, but given a facelift. The old door panels were replaced with glass recycled from similar projects nearby. An island unit between the kitchen and dining area is a new touch to suit a more modern lifestyle, but with a solid surface top and timber base, it blends into the ambience of the home. A swivel door that closed off the kitchen was removed to give the kitchen a more modern, open feel. It was relocated elsewhere in the house.

An intricately carved timber staircase leading to the upper level was cleaned and strengthened. This level contains a master suite and children's area.

"One of the outstanding features of this home is the Italian cast iron spiral staircase with a gold-plated statue at the bottom of the balustrade. It was restored and the original dark green was repainted white for a cleaner look," says Arango.

The old bathrooms were gutted and modernised, using fittings chosen to match the period of the home.