Preserving the character of a street lined with traditional villas is a priority in most inner-city suburbs today. And it's the reason why you don't see the huge changes that have been made to many such homes – the modern additions are invariably at the rear.

This house, in Ponsonby, Auckland, was typical of the run-down state of many of the original villas in the area, says Cameron Ireland, who was in charge of a major renovation of the property.

"The front veranda had been closed in, so much of the character had gone," he says. "At some stage several decades ago, an addition had been made to the rear, but the whole interior was tired and past its use-by date."

Ireland restored the front of the house to recapture the original period features, and retained the central hallway, which now has bedrooms off either side. But the existing addition at the rear was pulled down to make way for a new, much larger extension.

"We wanted the house to open up to a spacious, light-filled living area that would have a real wow factor – a key point of difference," he says. 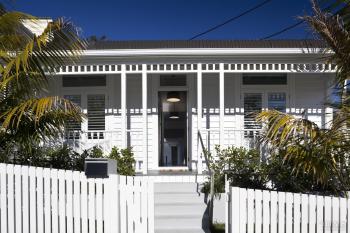 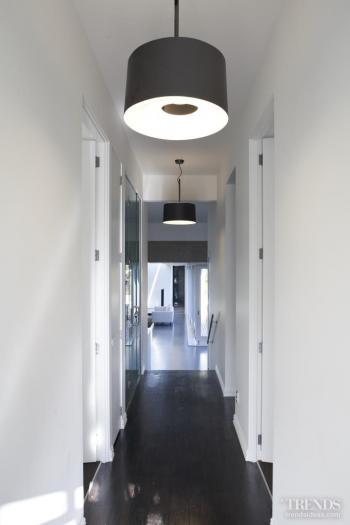 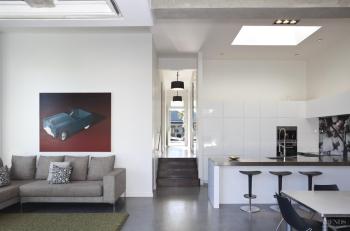 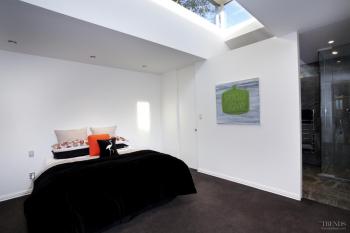 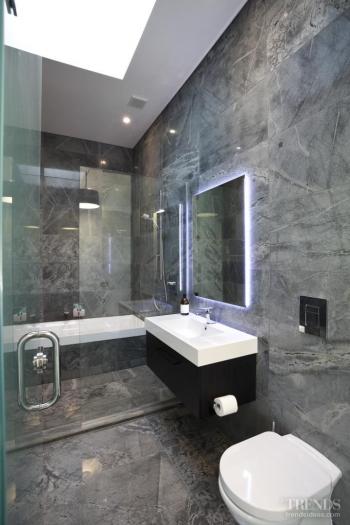 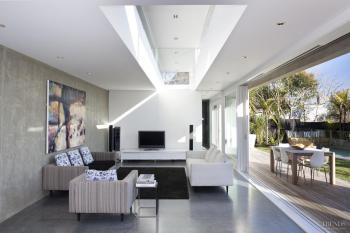 To create the required visual drama, the hallway steps down to a lower level, opening up to the 15m-long addition. This was designed with a floating roof, which is elevated above high clerestory windows. Ireland says the design not only provides a point of interest, but allows plenty of natural light to flood the interior.

"The windows beneath the roof provide 360° glazing, so sunlight can enter the house right through the day and at all times of the year."

Further light is introduced through large stacking glass doors that open up to a landscaped outdoor living area with a pool.

"On one corner, it appears as though the walls have peeled back to open the entire living area up to the deck," says Ireland.

In keeping with the raw, contemporary look desired for the extension, surfaces are flush and several key structural elements, including the concrete beams, are exposed. The floor is also concrete that has been honed and polished.

"The solid concrete exterior walls have also been left in their raw state, and will weather naturally."

Other surfaces inside the house have a highly polished finish. The kitchen features sleek, multi-lacquered cabinetry, with appliances integrated wherever possible.

"The splashback provides a lively accent," says Ireland. "An old black-and-white print found in a warehouse was printed onto glass – it shows a group of Italian bakers."

As well as accommodating the open-plan living space, which includes two seating areas, the new addition also provides a master suite. And because the clerestory windows extend the entire length of the extension, they bring extra light into the master bedroom and bathroom.

"The suite is far removed from the rest of the house, so it creates a quiet parents' retreat, not unlike a suite at a resort hotel," says Ireland.