Photography by Steve Back

Increased productivity and staff retention are often cited as key reasons for paying attention to the workplace environment. It's a theory proved in practice by internet provider iiNet – the fit-out of the firm's corporate headquarters and call centre in Perth has reduced staff turnover by 25%.

Interior design company Valmont was given an open brief for the design of the new 6500m2 premises, says designer Jacqui Esdaile.

"The overall objective was to achieve higher levels of productivity by creating a stronger sense of community and fostering internal relationships. While the design needed to accommodate more than 550 staff from three separate locations, we had the freedom to create an environment that represented iiNet, in terms of where the company is now and where it hopes to be in the future. Above all, we needed to create a work space where staff could collaborate, investigate, work quietly and efficiently, socialise and relax."

Esdaile says the office needed to provide flexible spaces, with provision for growth. Valmont tackled these challenges with two main design features. Firstly, a number of semi-enclosed breakout areas, known as ii-pods, were created. These range from one-on-one spaces of peace and quiet, through to airy twelve-seat conference rooms that encourage group brainstorming. The elliptical pods are placed at angles, so they break away from the more rigid workstation grid. And they have a bold graphic treatment that reinforces the iiNet identity.

"Secondly, we introduced an internal stair to link the floors," says Esdaile. "This joins the main breakout spaces on each level – we wanted to send a strong message about the importance of work/play balance in the workplace. Cost was managed successfully by carefully assessing the function of each area during planning. Levels of finishes and detailing were then applied accordingly." 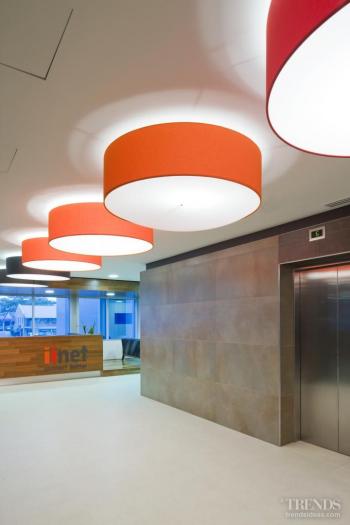 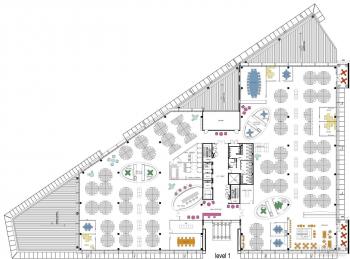 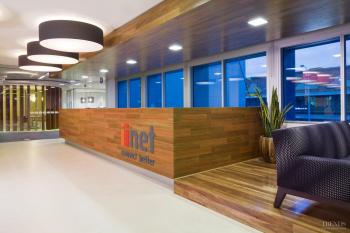 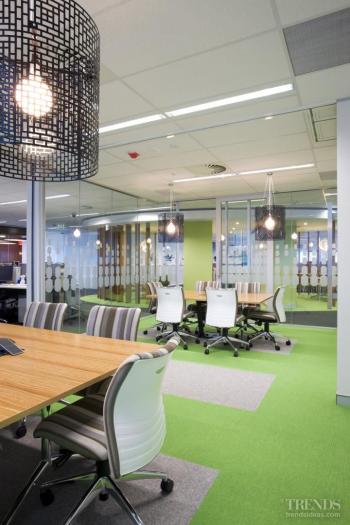 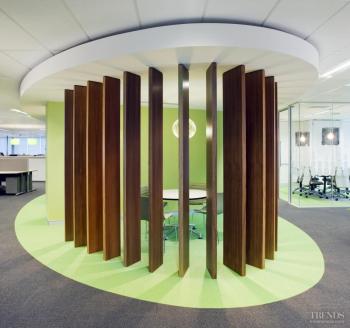 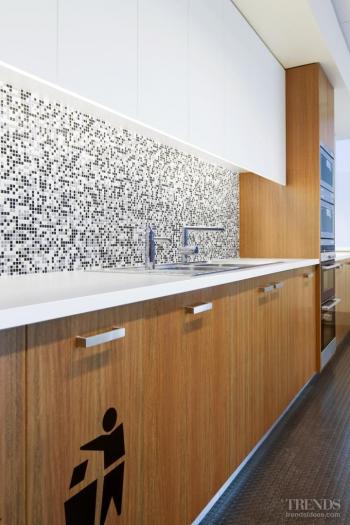 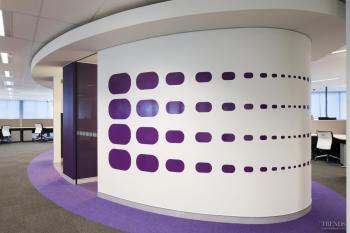 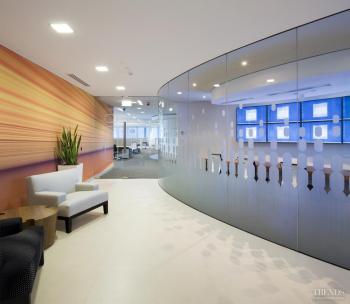 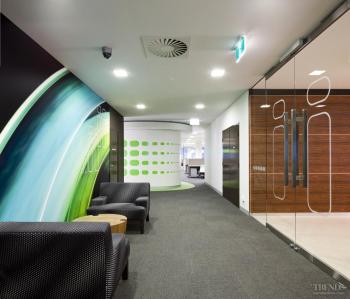 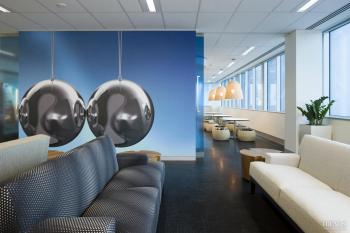 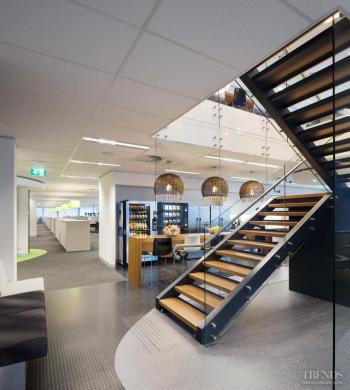 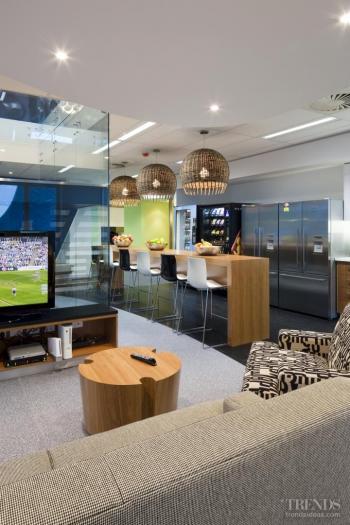 To provide the required flexibility, the office includes an area that can be both a meeting space and an informal lounge. A series of acoustic solid and sliding glass panels were installed alongside one of the breakout areas.

"The company has the freedom to tailor the size of meeting spaces by opening and closing doors," says the designer. "In addition, we added distinctive graphics that appear when the panels are closed. These help to define each area."

Other spaces are also defined by bold colours and forms, including coloured carpets and oversized pendant light fittings that enliven the space and reinforce the iiNet corporate branding. The layout is further characterised by transparency – some pods are screened by wood fins that allow a glimpse of the space on the other side; and office walls are glazed.

Because the building accommodates both a major call centre and Australian hub for iiNet, it required powerful, crash-proof IT solutions.

"The most challenging requirement was not only to install a UPS (uninterruptible power supply), but also a generator, to ensure there would be no down time in the event of a power failure," says the designer. "We worked closely with iiNet's Auckland-based IT team to ensure a smooth delivery."