The Sustainable Buildings Research Centre at the University of Wollongong is net zero energy, water and carbon

The Sustainable Buildings Research Centre at the University of Wollongong is net zero energy, water and carbon Discover this article's resources 0

The push to design buildings to meet higher sustainability standards has gained momentum in recent years, and it's now become much more common for new commercial buildings to promote their Green Star certification.

For the new Sustainable Building Research Centre at the University of Wollongong, gaining a 6 Green Star rating was an obvious goal. But the centre's director, Professor Paul Cooper, wanted to go above and beyond current benchmarks.

"We wanted to be able to look back in ten years' time and know that we'd pushed the envelope on sustainability with this building," he says.

As a result, it was decided to make the project part of the Living Building Challenge. This brought an additional level of complexity to the design, with its key concept of creating restorative buildings.

"Buildings that meet the challenge need to actively contribute to repairing the damage humanity has done to the environment, and not just maintain the status quo," says Professor Cooper. 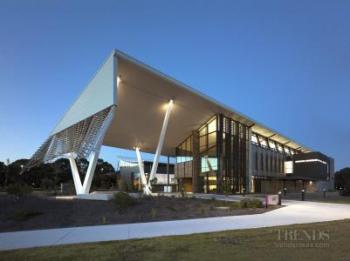 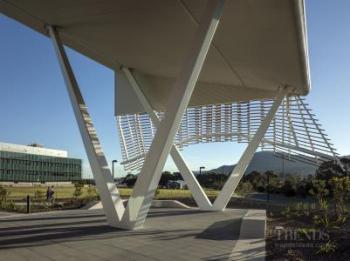 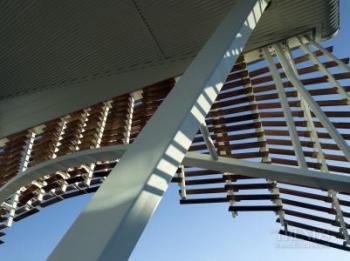 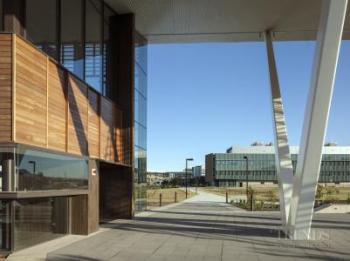 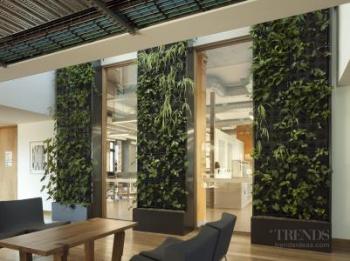 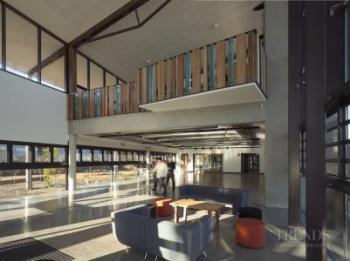 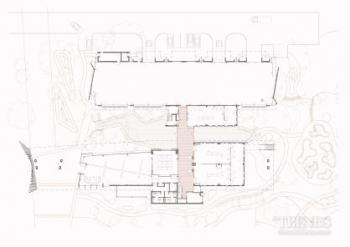 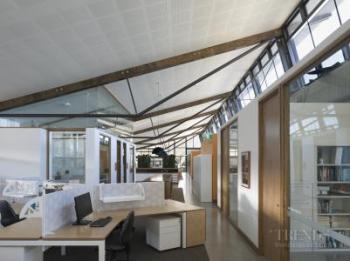 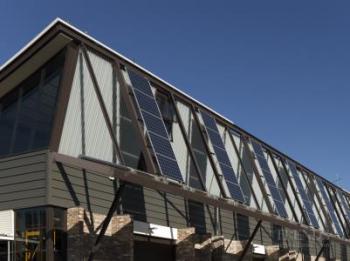 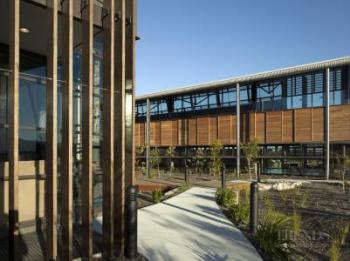 To achieve the goals and futureproof the facility, the university worked closely with lead architects, Cox Richardson.

The 2600m2 building is part of the university's new Innovation Campus. It's on a prominent site that's highly visible to thousands of commuters, and adjacent to the Wollongong Science Centre.

Cox Richardson associate Michael Bradburn says the design is based on two linked buildings to accommodate the two distinct functions it needed to fulfil.

"The north building is a high-bay laboratory with a wide span that houses a 5-tonne gantry crane," says Bradburn.

This Building Elements Laboratory provides enough space to build a small house – or sections of a home – inside, or to perform research projects such as testing the damage hail can cause to roofs.

The south building has office space for 50 people, three specialist labs, training space and a large exhibition area on the ground floor.

The two buildings enclose a courtyard which can be used for outdoor learning and social interaction.

Bradburn says the south building's roof form is a response to its context.

"It sits at the heart of the campus and straddles the main pedestrian spine," he says. "The extensive overhang creates a covered public space that acts as a social place for the wider campus, and can also be used to demonstrate some of the work that happens inside."

Key to meeting the design challenge was an orientation that ensured effective use of sunlight and natural ventilation. The building forms capture southwesterly afternoon and northeasterly sea breezes, while large overhanging eaves result in minimal solar gain, even without the use of blinds.

One of the original aims was for the building to be 100% naturally ventilated. However, research showed some active systems would be needed to manage peaks in conditioning. Results are impressive, with a target of natural ventilation for 70% of the time, heating for 20% and cooling for 10%.

To meet the Living Building Challenge, a building needs to be net zero energy and water. This is partially met by designing the building and its systems for minimum energy use. It's anticipated that the centre will be one of the lowest energy buildings of its type in Australia, with a projected consumption of just 60kWh/m2.

An array of photovoltaic panels on the high-bay building, together with a photovoltaic thermal testing site in the roof of the other building, generates 40% more electricity than the building needs. Excess energy is used by neighbouring buildings on the Innovation Campus, with further surplus supplied to the grid.

The centre also captures and stores rainwater in a 65,000 litre tank, and the water is then used throughout the building, including for flushing toilets, cleaning and garden irrigation.

The building has water-efficient fixtures and fittings and does not use water-hungry evaporative cooling towers in its air-conditioning system. As a result, its water consumption and supply are completely self-sustaining, except for the legal requirement to provide town water for drinking.

One other requirement of the Living Building Challenge was the selection of materials that do not harm human health or the environment in any fundamental way, and that are produced and supplied in a socially responsible manner. This highlighted a current difficulty in getting precise information from suppliers about what is in their products and where they actually come from.

For Professor Paul Cooper, the Sustainable Buildings Research Centre is a true living laboratory – a place to work together with industry and academic collaborators from around the world.

"We're developing new products and systems that will not only improve energy efficiency and sustainability for today's buildings, but which will improve the resilience of our built environment to climate, economic and social change in the future."