The adaptive re-use of heritage buildings has been a global trend for the past two to three decades, along with the increasing recognition of the need to preserve our architectural history.

With the right approach, such character buildings can provide unique work and living spaces. But they also need to be commercially viable, and today that can mean a seismic upgrade is inevitable.

The Saatchi & Saatchi building in Parnell is a case in point. Built in 1911, the large brick warehouse sat on the Auckland waterfront, long before reclamation works altered the shoreline. Fast forward to the early 1990s, and the derelict building was given a new lease of life when architects Noel Lane and Richard Priest came up with a redesign that transformed the building, creating commercial tenancies surrounded by a large central atrium.

Robert Mihaljevich of Strand Holdings, the company that owns the building, says the heritage appeal of the property is undisputed. But following the Christchurch earthquakes, Auckland Council set new standards for older buildings that required earthquake proofing to be 34% of the new building standard.

"It became clear that the corporate market would require a much higher percentage, however," Mihaljevich says. "We felt the building needed to perform up to 67% of the standard to maintain credibility, and to attract and retain professional tenants. Since the Christchurch earthquakes there is a much greater awareness of the potential risks. We needed to future-proof the building." 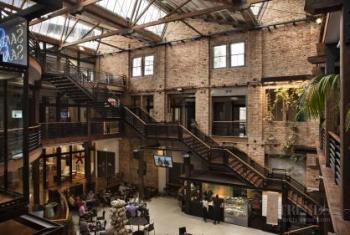 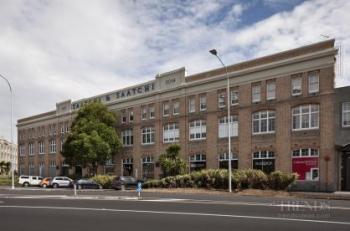 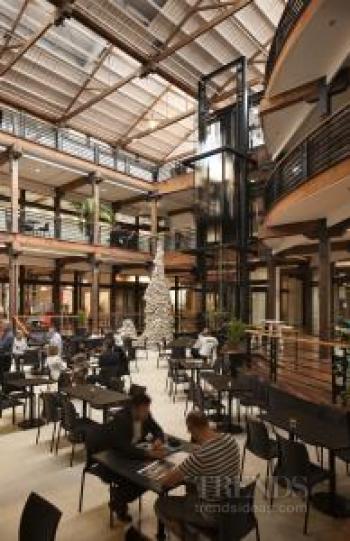 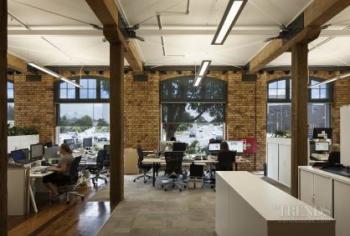 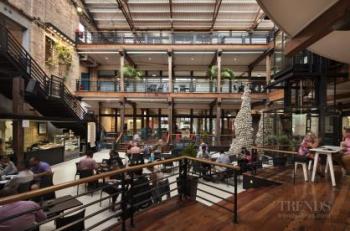 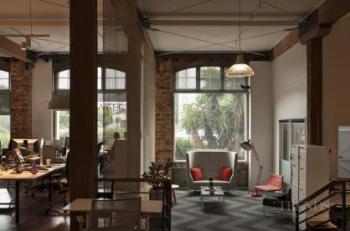 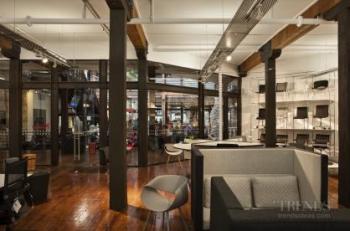 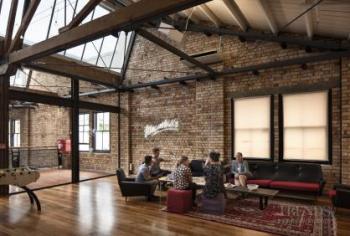 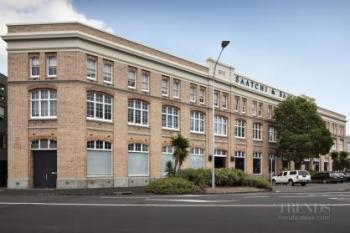 Strand Holdings took the opportunity to refresh the interior at the same time. While Mott MacDonald was responsible for the structural engineering of the seismic refit, Kay and Keys Architects was commissioned to redesign parts of the atrium, with Haydn & Rollett Construction contracted to undertake the rebuild.

Architect Peter Keys says Strand Holdings had the vision to see how an upgrade could create a better amenity for the entire precinct.

"One of the key ways to do this was to redesign parts of the atrium, opening up the core of the building to create a social hub. Previously this space was not highly activated.

"Repositioning the existing café onto the ground floor of the atrium was critical. This now resembles a little pop-up café, but there's a fully equipped commercial kitchen in the background, which is used to cater for large functions."

Keys says the architects became more involved as the project developed, and were responsible for the design of other facilities that were upgraded to meet health and safety regulations, including the balustrading. The team also redocumented the tenancy spaces.