Exploiting some of the artist's principles of visual perception in the design of a new art museum has created a building that expresses the respect and honour the collection deserves.

Commissioned to house the Morse Collection of Salvador Dali's art, the new 6300m2 structure, designed by HOK Architects, doubles the size of the original 1982 Dali Museum, a one-storey warehouse.

HOK Architects Florida director of design Yann Weymouth says the mission was to craft a new museum building that would be technically sound and efficient, and would draw the maximum number of visitors from around the world.

"The design emphasises innovation, and is an abstract reference to the Surrealist movement of which Dali was a recognised leader. The goal was to create a Dali-esque experience while avoiding being trite or kitsch, and establish a dramatic new landmark for the city," says Weymouth.

"The museum's design is a direct response to its prominent waterfront site, tempering the bay and marina views with the potential danger of Florida's severe weather and hurricanes," he says. 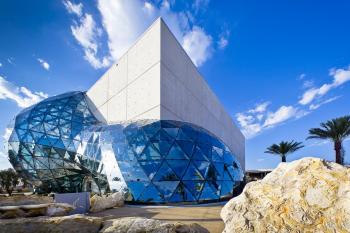 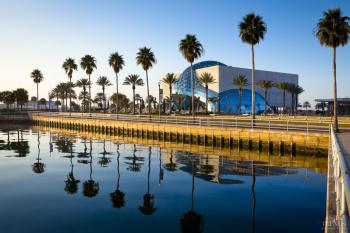 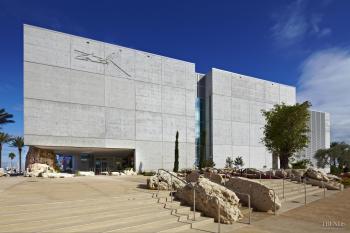 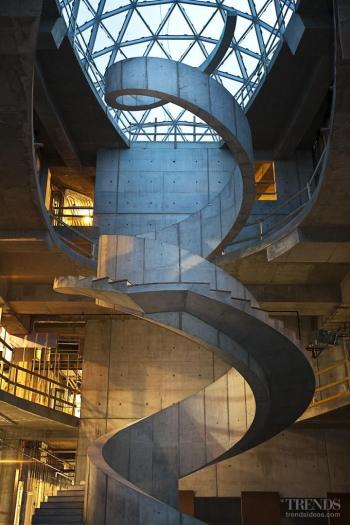 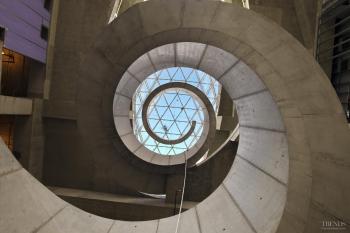 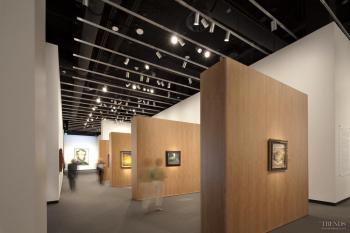 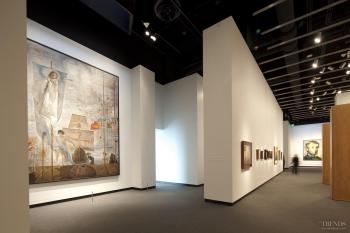 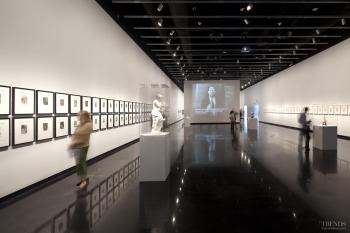 To respect the integrity of Dali's work, the design team wanted to avoid thematic images, such as melting watches, but also wanted to show that it was not an ordinary building.

Instead, the building draws on Dali's principles of visual perception. The opposition of extremes can be seen in the rational, solid rectangular volume of the 17.7m-high poured concrete treasure box that is the museum building. This is disrupted by the glass Enigma, which bursts out of the building, forming the atrium roof before cascading down to the ground.

"The glass form, warped and distorted in response to the spiral stair within, is a reference to Dali's fascination with the Fibonacci series golden rectangle, the spirals of seashells and the twist of the DNA molecule," says Weymouth.

On the other hand, the unfinished faces of the concrete were deliberately exposed to reduce maintenance and to allow it to be a tough, natural foil to the more refined precision of the glass Enigma, says the architect.

"This contrast between the rational world of the conscious and the more intuitive, surprising, natural world is a constant theme in Dali's work."

American engineer, inventor and futurist Buckminster Fuller, who was a friend of Dali's and an influence upon his work, is represented in the architecture of the museum.

Fuller, the inventor of the geodesic dome, had originally designed this shape for Dali's own museum, the Teatro-Museo Dalí in Figueres, Spain.

Additionally, Weymouth has always admired Fuller and his work, and says it has definitely influenced his approach to architecture in general, and this project in particular.

"So it seemed absolutely appropriate to use a free-flowing geodesic structure to shape the skylight and window system of the new museum. The way we used the geometry, however, is a bit different from Fuller. We were able to use modern, computer-aided geometries, structural calculations and wind analysis in our design to make the more complex shapes we needed and to fabricate the unique angles and shapes required," he says.

Behind the Enigma facade, within the confines of the concrete treasure box, are three floors devoted to the works of Dali. On the first floor are the museum store, an auditorium and lecture space, plus a café with indoor and outdoor seating. Areas for staff and a research library occupy the second level.

The real purpose of the building – to display Dali's work for public appreciation – can be found on the third level, where galleries for temporary and permanent exhibits are connected by a sculptural gallery overlooking Tampa Bay.

Designed to receive good natural light, and with high-tech track lighting, the galleries incorporate security and fire suppression systems to ensure the safety of the collection.

Seven large masterwork paintings are displayed in individual alcoves, where they are bathed in natural light from a small skylight. This UV-filtered light is funnelled through light cannons onto each of the paintings.

Forming the connection between the levels is a central concrete spiral staircase supported only at the base and third level, with the steps cantilevered from the spiral at its centre.

"Structurally, the spiral is a virtual spring, working in torsion and bending. At its base, it wraps itself into the reception desk. At its top, to strengthen its sense of vertical motion, the central spiral continues to rise upward," says Weymouth.

Wooden form marks and artefacts of its construction have been kept to contrast with the more finished materials of the railings and interior.