The beat goes on

Photography by Doug Snower unless otherwise stated; watercolour and plan courtesy of JMA

In the bohemian district where the Beatles were really discovered, an old iron foundry hits a high note in cross-cultural harmony

The beat goes on Discover this article's resources 0

Building conversions are a familiar facet of any large town or city, as once-derelict areas undergo a new lease on life. Inevitably there is a synthesis of old and new as historic architecture is incorporated into new design schemes. And it is through its transformation from dilapidated iron foundry to boutique hotel that East provides the perfect example of this.

Sitting windowless and mossy in the quickly gentrifying district of St Pauli in Hamburg, just a block from the clubs of the infamous Reeperbahn, a two-year construction process that included demolition, excavation and re-cladding of the damaged facade to original design specifications, saw the once abandoned building full of people again. And to the casual observer that's where the story ends. However, take a closer look and the full extent is revealed, says project designer, Jordan Mozer.

"The design explores the emotional experience of a Westerner immersed for the first time in the East."

As a port city, Hamburg has been a meeting place of cultures for more than 500 years and East is the encapsulation of that exchange.

A functioning hotel, the building is a combination of public and private spaces, centred around a 250-seat Asian-European fusion restaurant. Everywhere you look, layer upon layer, the East meets West premise prevails. 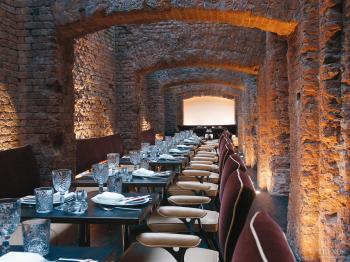 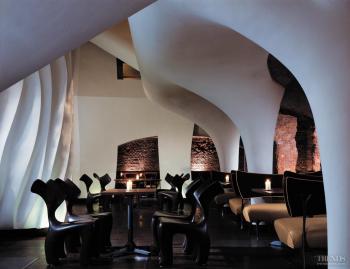 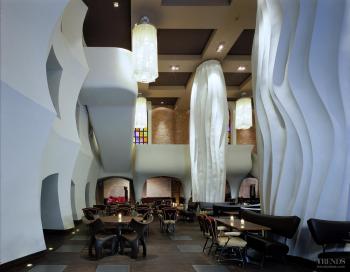 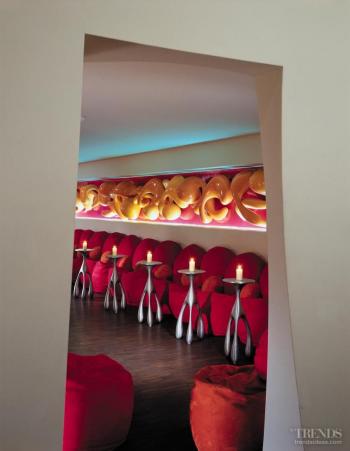 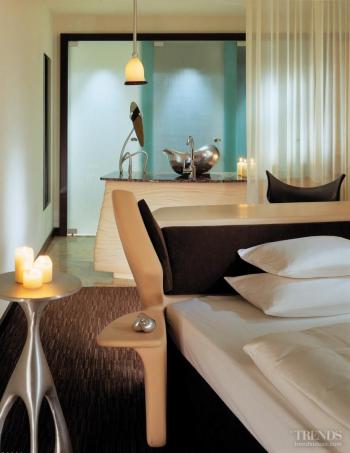 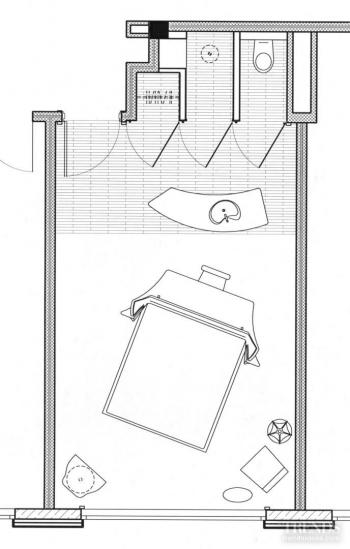 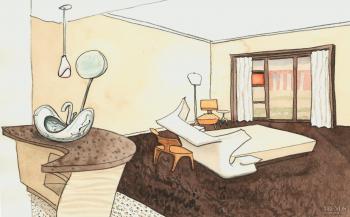 "The design elements borrow from these inspirations; elements that are at once familiar and strange," says Mozer.

These can be as prominent as the dancing yin-yang sculpture in the beanbag lounge and artworks adorning the walls, down to the colours of the furnishings, inspired by the spices and flowers of India.

While acknowledging the wider context in which East finds itself, the design team was also heedful of the building's roots and studied old catalogues of cast iron elements for further inspiration.

"We tried to preserve and amplify some of these qualities, leaving evidence of the building's history and imperfections," says Mozer.

When viewed as a physical entity, East is reminiscent of a doughnut, with the original foundry and purpose-built hotel structures encircling the garden courtyard. The design team then developed another doughnut plan for the interior of the foundry with the ‘hole' being represented by a twelve-metre high public space.

This space was created by cutting out four bays of dense brick and restructuring the building. Inside, the fixtures and furnishings take their cue from cooled molten/cast forms and were almost exclusively designed and fabricated by Jordan Mozer and Associates.

"To create an idiosyncratic personality consistent with the initial concept, we made most of the design elements from scratch in collaboration with artists, manufacturers and artisans in Europe, the United States and Canada," says Mozer.

The design team was also true to the original by using an age-old casting technique, whereby a mould is made of the desired form and then a liquid substance – for instance a molten metal – is poured in and allowed to harden. For East, it was once again a case of old and new colliding as the materials cast included resin, aluminium and bronze for the hotel's chairs, tables and door pulls, as well as for fixtures and fittings in the guest rooms.

It is in the guest rooms that the overall concept of fusion is perhaps most intriguingly personified. While the rooms are all relatively small, to make them feel larger the team developed a number of atypical design elements, starting with the bed.

Like an island in the middle of the room, the beds have a headboard sculpted to form a giant wingback chair, a writing surface and night tables. Also atypically, the bathroom has been replaced with a series of glass doors, in line with the entry door, that lead to a shower room, a toilet room and a closet. East is at once familiar, and yet not.