Modern tertiary education is a far cry from the ivory towers of the past. Not only has the whole concept of an elitist education been turned on its head in recent years, but tertiary facilities are actively merging with the community to remove barriers and encourage participation.

The Manukau Institute of Technology (MIT) takes this one step further with the opening of the new 20,000m2 Manukau Campus to accommodate the Faculty of Business and IT and the School of Distribution and Logistics. The campus is fully integrated with Auckland Transport's new Manukau railway station and bus interchange.

Architect Blair Johnston of Warren and Mahoney says the combination of education and transport facilities is unique within New Zealand.

"The focus has centred on producing the best possible learning environment while also bringing commuters and the people of Manukau City into the heart of MIT, exposing its programmes to the widest possible audience," he says.

"The project is aimed at improved educational outcomes in Manukau, which statistically has a tertiary education uptake rate that is only about half that of the rest of the country. By identifying and removing barriers and thresholds, we have made a welcoming, all-embracing facility. Providing the interchange within the building enabled us to go beyond mere co-location towards true integration. It is literally bringing education to the people." 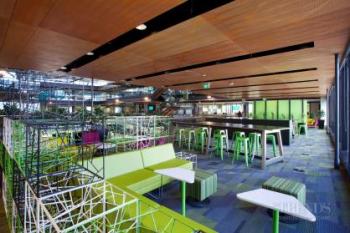 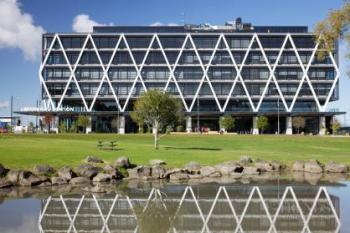 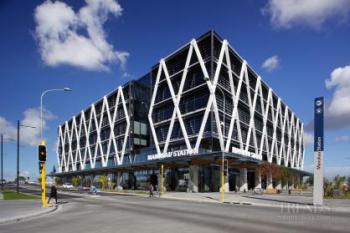 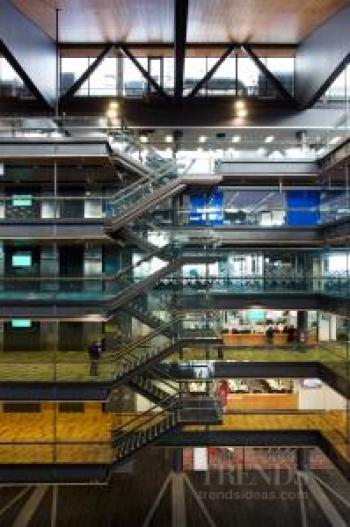 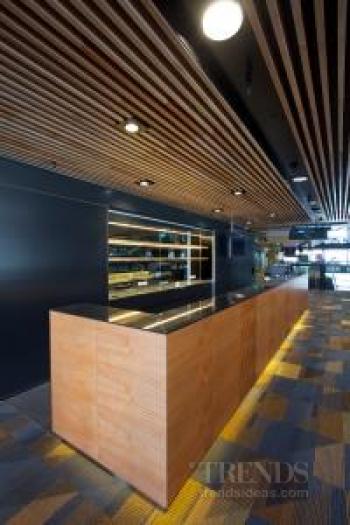 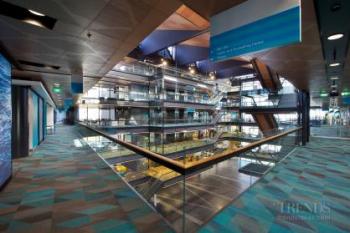 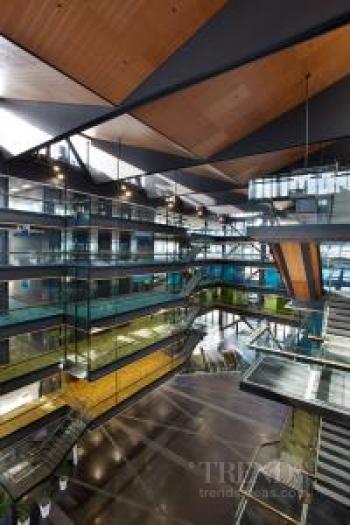 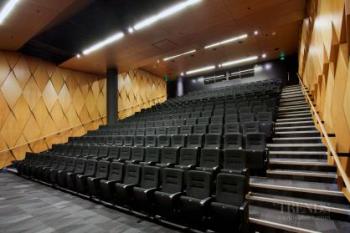 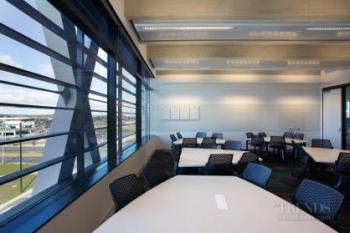 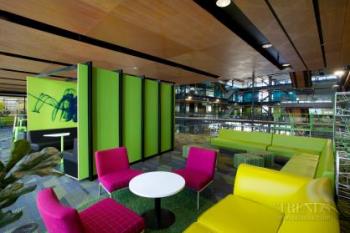 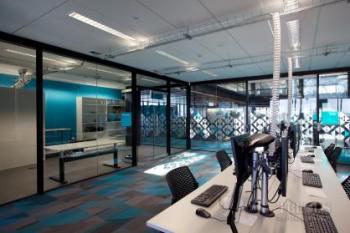 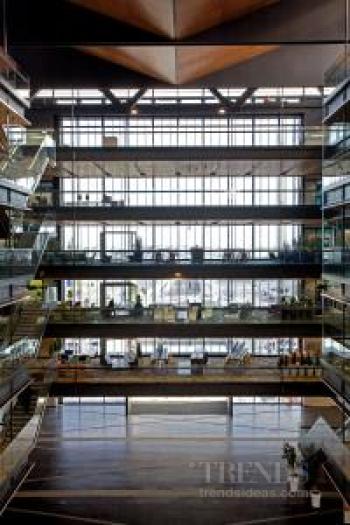 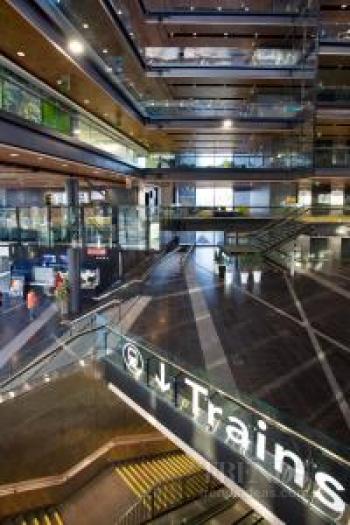 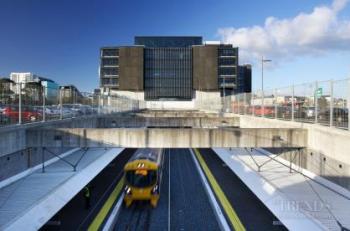 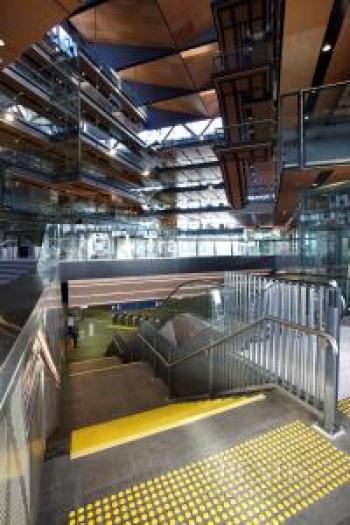 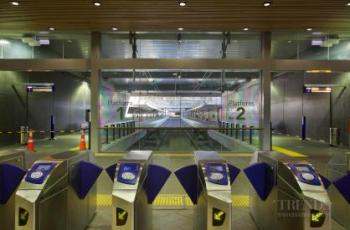 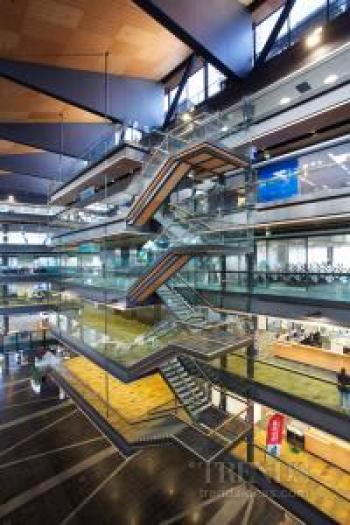 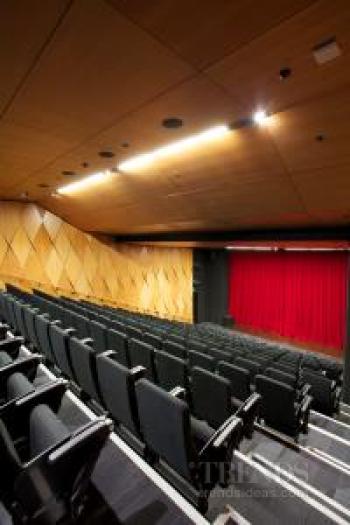 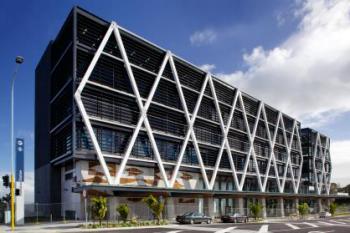 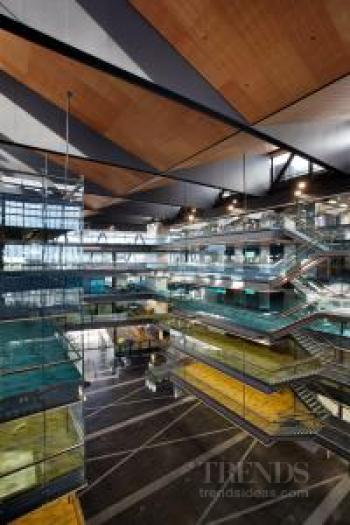 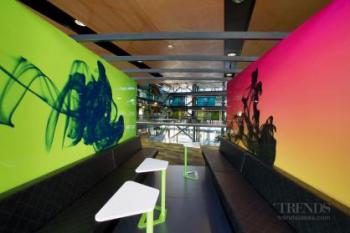 On the exterior, the building boldly addresses the street providing a defining landmark that is a key part of the rejuvenation of adjoining Hayward Park. An exposed white diagrid, with a diamond-shaped grid, reinforces a sense of place.

"This needed to be a cultural building that would reflect the community and express its place in the world," says the architect. "So rather than using an orthogonal grid on the facade, we opted for the duality of a design that is reminiscent of traditional weaving patterns. It expresses the idea of both technology and craft. While this is a highly technical building we have imbued the entire campus with a sense of craft and textural richness."

The facade is further defined by layering. Beyond the diagrid are fixed louvres, angled to deflect the sun and reduce heat loads inside. Horizontal louvres feature on the east and north sides of the building, while the west facade has vertical louvres.

Another key determining factor in the design was the existing rail trench.

"The building needed to straddle the trench, so much of the structure is hung from the roof trusses – in part it was built from the roof down, rather than from the ground up," says Johnston. "This has given the building a certain lightness that would not have been achieved otherwise."

This need to accommodate the trench led to the soaring six-storey atrium, which was not part of the original brief.

"By enclosing this area, rather than having separate wings linked by an open courtyard, we created the opportunity for a major civic space at the heart of the building," says Johnston. "Every floor has a mezzanine that opens into the atrium, enhancing a sense of connection at all levels, both horizontally and vertically. The learning process is highly visible and the entire building is animated – people are much more likely to use the stairs rather than the lifts because they are such a prominent part of the architecture."

At the west end of the atrium, sky bridges form social student hubs on each level. These are as much a part of the learning environment as the classrooms.

"Modern pedagogy is much more focused on peer-to-peer learning. This building follows that trajectory. More than half the learning spaces are open and defined only by furniture and moveable screens. There is a lower proportion of traditional learning spaces," Johnston says.

The various levels on the building are defined by different colours, which help with wayfinding. The colours reference the baskets of knowledge from traditional Maori mythology. Motifs introduced on the exterior also flow through to the inside. And the design team specified Southland beech timber throughout the interior to add warmth and to bring a residential feel to the building.

Dramatic wood panels are a key feature of the atrium ceiling, and the auditorium, with the diamond motif repeated in both areas.

Flexible learning environments are created by positioning columns at the perimeter of the building rather than in the centre. Johnston says it is difficult to know what the institute's needs might be in 20 years, but these floorplates can be adapted easily.

The sense of openness also extends to the train station, where the entry, in one corner of the atrium, is angled at 45°.

"Again we wanted to remove barriers and make the entry as seamless as possible," says Johnston.

"Having an integrated transport interchange fulfils that need almost to perfection," he says. "Accessibility has a direct bearing on student numbers, especially in our catchment area, so to have rail and bus services bring people right to the door couldn't be better."

Quigg says the new building is the first phase of a three-phrase project that will eventually see two further MIT buildings adding another 45,000m2 to the facility.

There are also plans to build Te Papa North Museum on the other side of Hayward Park, which will be an additional drawcard.