Sleek, aerodynamic forms and a large, open floorplate create a free-flowing workplace for a company in the smart wind turbine business

A problem shared is a problem halved – it's a saying that resonates with the staff who get to enjoy the workplace featured on these pages.

"Envision, a world leader in the smart wind turbine business, required a new control centre for engineers, sales people and administration personnel," she says. "Because the company is global, the centre was to be staffed 24/7, with the company requesting a specific control room within the office, for engineers dealing with problems in the field.

"However, the idea of engineers being locked away in the dark by themselves didn't seem to be the best way to meet their needs. They required better access to their support teams, and we felt they needed a light, bright workplace they would be happy to come to and proud to show off."

Chan says the design team expanded the notion so the entire room became the control centre. Information on computer screens can be projected on a large display wall at the end of the office, which everyone can access, and everyone can see. 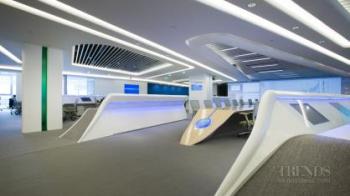 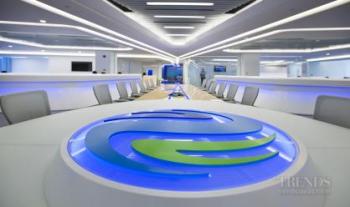 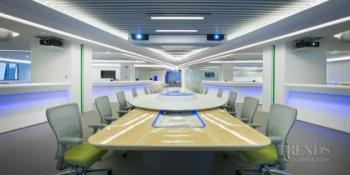 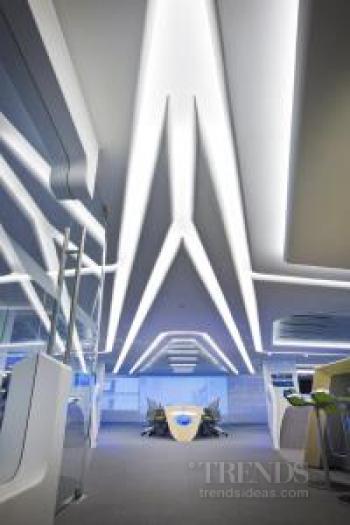 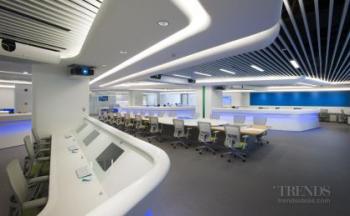 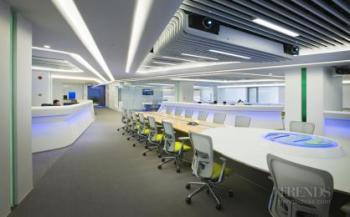 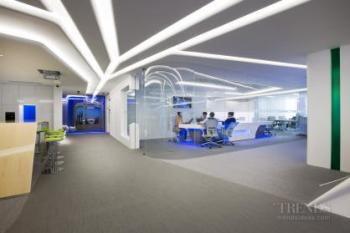 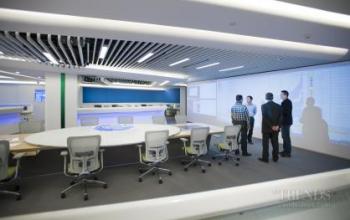 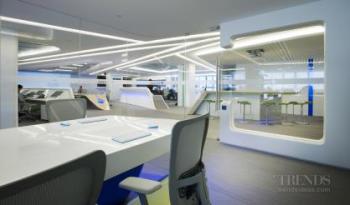 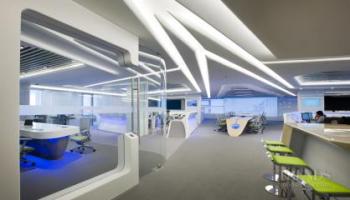 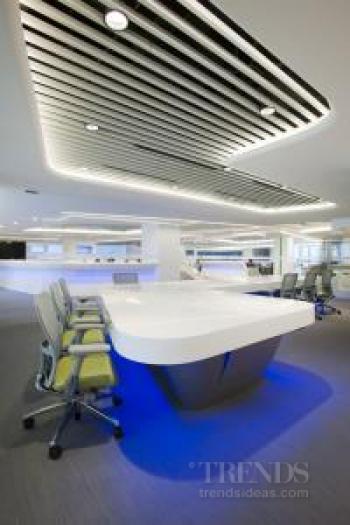 "When an engineer has a problem, they can throw it open to the entire office, so everyone can help resolve it."

Douglas Newkirk of M Moser Shanghai says the concept of collaboration also influenced the way the office was organised.

"We were inspired by the physics behind air movement – something that relates directly to Envision's business. We wanted to create a connective flow, just like different airstreams can smoothly come together into a single flow, and then disperse again. The idea was to design a space that offered freedom of movement, and would accommodate the way people move around and collaborate, both as individuals and as teams."

The 75 staff members within the office, which is part of a much larger workplace, are seated at curved, custom-made workstations with integrated CPUs and monitors. Design associate Manuel Garcia says the glow of blue LED lighting and touches of light maple veneer are the only touches of colour on the pristine white furniture.

"Integrating the equipment into the desks enhances the evocative, aerodynamic form of the workstations," he says. "A long meeting table on the centre of the office, directly in front of the giant wall screens, also has an aerodynamic form."

This area has a commanding presence, and forms an ideal backdrop for the CEO to speak to all the workers via an online link, says Chan.

Teams are clustered, symmetrically, either side of the central table, and all workers enjoy sightlines that extend across the space in every direction.

In addition to the workstations, each team has a central pod – a small meeting table with a large integrated screen. These tables are primarily used for instant, real-time collaboration with field technicians. Numerous additional digital projection and LED screens mounted on the office walls ensure each worker has continuous access to the data streaming in from Envision's wind turbines around the world.

The low ceiling height and the position of existing sprinklers presented a challenge for the design team. Newkirk says they chose to make a feature of the ceiling, so it would further accentuate the idea of a fluid, flowing space.

"We wanted a ceiling that would create an impression of light penetrating through clouds," he says. "The design uses softly curving white drywall that envelopes an array of coves that provide indirect LED lighting. Other areas of the ceiling were left exposed, but are adorned with linear fins that correspond to key elements of the floorplan. These mimic the look of air intake grilles, and help to conceal the sprinkler system."

Chan says the design team took care to minimise reflections, with a lighting consultant contracted to oversee the project. In other areas, such as the glazed laboratory, there was a deliberate move to play with the reflective quality of the strip lighting.

"The laboratory, which frequently serves as a wind tunnel, features a curved glass wall that bends the reflections in a playful way," she says. "This environment is also saturated with integrated technologies. Ensuring that all this technology complemented the design, and it all worked together seamlessly and intuitively, was probably the biggest challenge of the project."