With some simple repositioning, this kitchen is now part of, rather than obscured from, a casual open-plan dining area

It's often a combination of little things that reduce the functionality of a kitchen – a misplaced fridge here, a sink too far from the cooktop, or just too little storage. Without even mentioning style, these factors can be ultimately frustrating.

Although the apartment featured on these pages is relatively new, the owners were unhappy with the semi-Italian aesthetic and the layout. They asked designer Morgan Cronin to improve the functionality, and create a style more in keeping with both the apartment and their own tastes.

"The original kitchen was reasonably modern, but it didn't really work," Cronin says.

"The fridge was attached to the central island, and this buried the outlook, preventing views through to the casual dining area."

To open up the room, the refrigerator was shifted to the rear wall, where it was separated from the workspace by a new partition wall. At the other end of this workspace is the pantry, which, for symmetry, is the same width as the fridge. 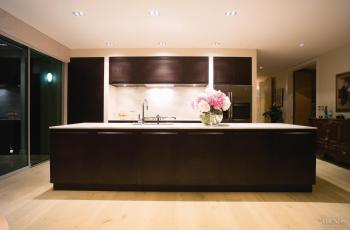 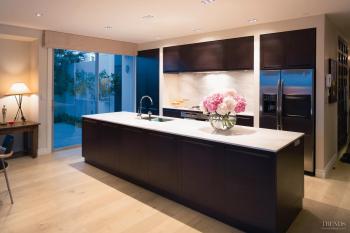 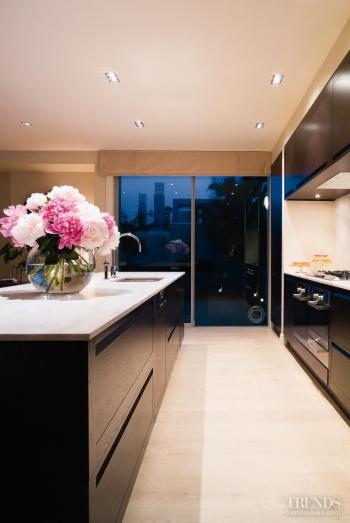 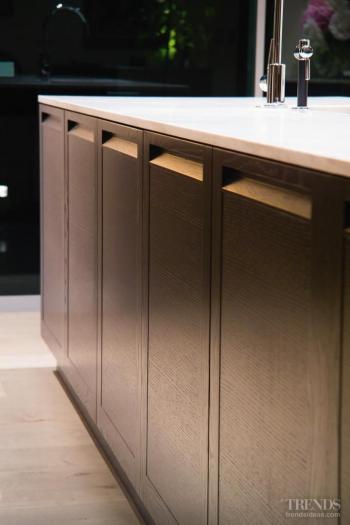 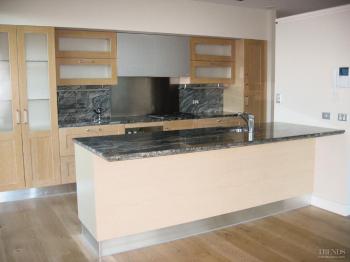 "I try to instill a sense of functional symmetry in all my designs," says Cronin. "For instance, the tap on the island is not in the middle of the island, but directly opposite the cooktop; the doors on the back of the island line up with the sink; and the bulkhead also lines up with the top of the joinery, for a consistent line."

With a casual dining area next to the kitchen, island seating wasn't a requirement. This provided two benefits: a recessed toe-kick around the island's base was used to create a floating effect, and cabinetry was integrated into the front and back of the island.

All cabinetry was crafted from American oak and finished with a black-wash stain. The wide, deep drawers – 1200mm x 550mm – are fitted with Blum systems. Countertops are Elba marble, while the floor is bleached French oak.