Known simply as "the Bay", San Francisco's majestic harbor has captured the imagination of visitors for hundreds of years. This is why a panoramic view that includes such iconic landmarks as the Golden Gate Bridge should always be celebrated.

When interior designer Nestor Matthews and his team at Matthews Studio began work on the home featured here, it was an empty 5000sq ft apartment with exposed partitions, enclosed on four sides by floor-to-ceiling glass windows. The challenge was to create a luxurious interior that complemented rather than overwhelmed the magnificent views.

"We adopted a traditional, detailed aesthetic using a palette of rich materials. This ensured depth of color and intricate styling, without being too fussy," Matthews says.

Flexible entertainment areas were especially important to the homeowners, who required spaces that could cater for large groups, but still be comfortable for intimate dinners.

The glass walls that capture the view provide a dramatic backdrop for two dining room settings. Another area by the windows has antique chairs and a low backed chaise lounge – an area suitable for contemplation of the metropolis below. 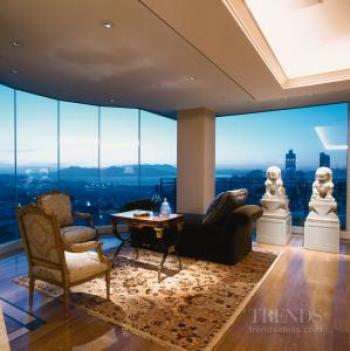 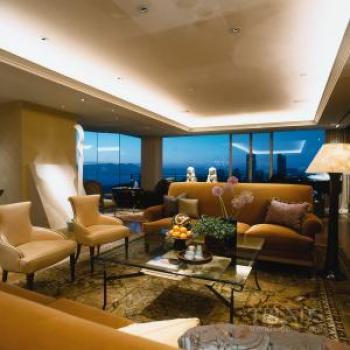 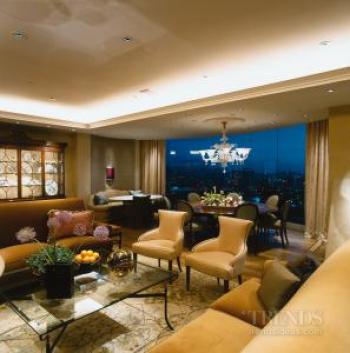 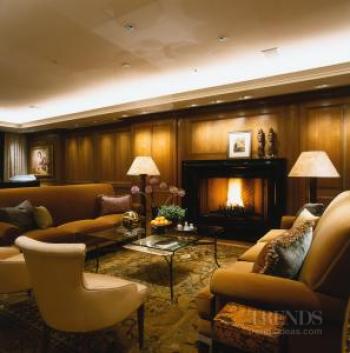 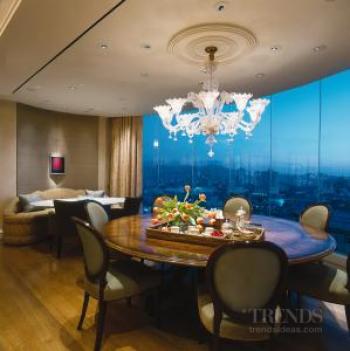 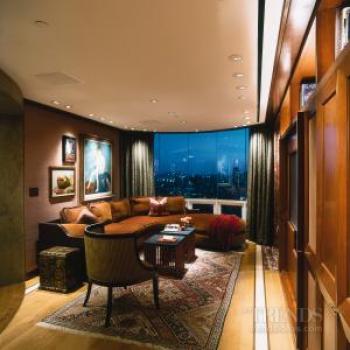 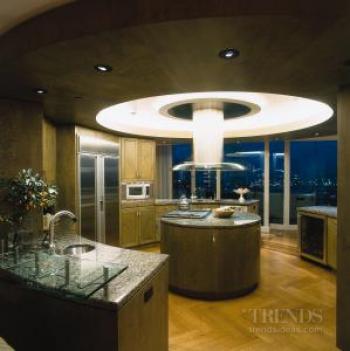 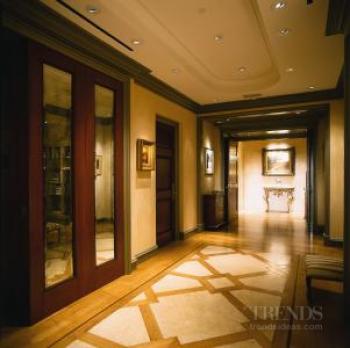 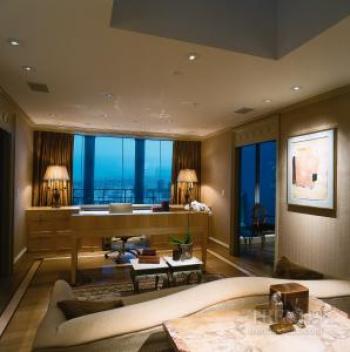 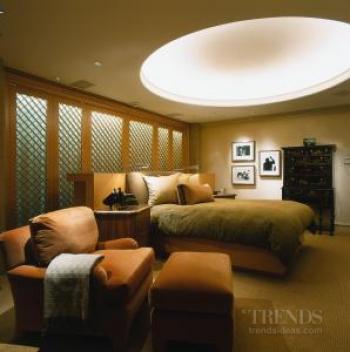 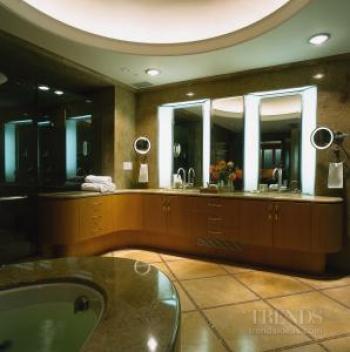 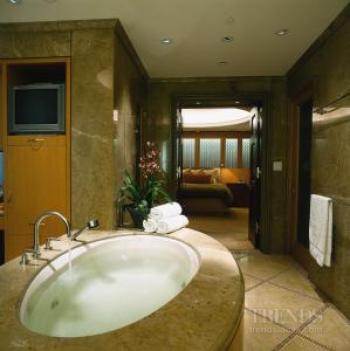 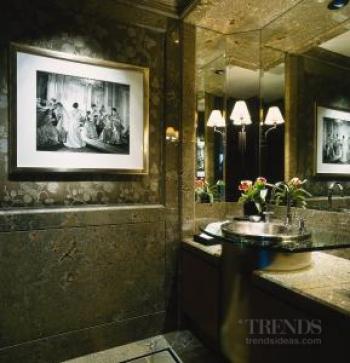 At the centre of this open-plan area is the living room. This faces a wood-paneled wall whose focal point is an imposing fireplace surrounded by Belgian-black marble.

"When people enter the room, they are awestruck by the view. But once they settle in, the fire is an inviting point around which to converse, with the view over their shoulders," Matthews says.

The dark black fireplace surrounded by cherry wood panelling contrasts with the bright city lights outside and the two Chinese Foo dogs that stand sentry by the large windows.

"These sculptures are usually placed on either side of a home's entrance way, but we have changed their location and made them guardians of the city instead," says Matthews.

The wood panelling on this wall conceals a pocket door that opens into the gentlemen's study. The lady's study can be found off the main hallway. It features sycamore and maple cabinetry, and an antique stone table and lamps.

While the living room has a sumptuous feel about it, other areas have been kept simple.

The main hallway into which the elevator stops, is deliberately understated – its most interesting feature being its patterned floor. Consisting of the two most dominant materials used in this interior – stone and wood – this inlaid floor was inspired by a doorway design in an aristocratic estate that Matthews visited in England.

Informal areas, such as the family room and kitchen, have been defined by the choice of wood. In the family room, deep cherry millwork frames the upholstered walls, which improve the acoustics. Designed as the home entertainment area, the large plasma screen has been positioned in such a way that it can be viewed from the kitchen.

The curved sofa in the family area echoes the circular shape of the kitchen, reinforcing the connection between these rooms.

In the master suite, Matthews transformed one of the exterior walls of glass into a feature wall. He installed a wooden lattice screen with sheer drapery behind to allow for plenty of natural light while providing seclusion. At night, lighting behind the screen produces a soft glow, complementing the recessed lighting in the bedroom's dramatic cove ceiling.

This architectural feature is repeated in the bathroom ceiling – its round shape echoed in the soft lines of the bath tub below.