A considered response to its surroundings, this home also boasts a sculptural presence all of its own

Maximising views, screening out the neighbours, issues of space, and planning consent are all major considerations when building an urban residence. An astute design will address all these points unnoticed.

This house, by architects Daniel Marshall and Mike Hartley, is set on a modest-sized, inner-city plot. Marshall says the house is an exercise in environmental response.

"This can be seen from first entering the property," says Marshall. "Cladding on the double-height facade merges garage with home, and presents a demure, private aspect to the front section and the street."

The house's elongated, two-level form is dictated by the need to gain optimum height to take in the views, while stepping back from the boundaries to meet local planning consent.

Essentially, the residence comprises two linear forms, one set above the other, with the upper level's western facade on a raked, outward angle. 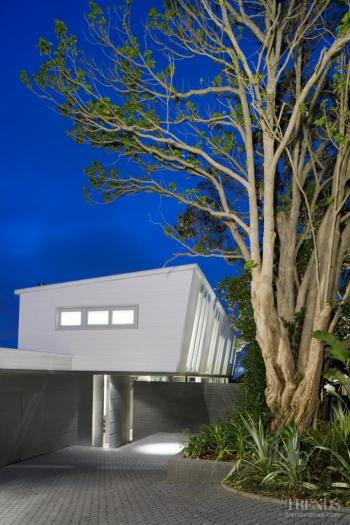 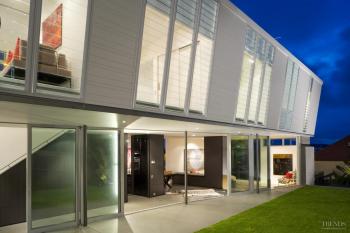 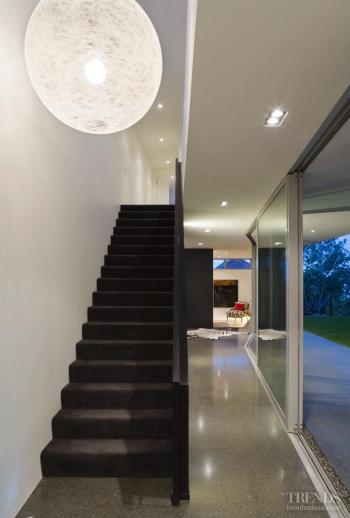 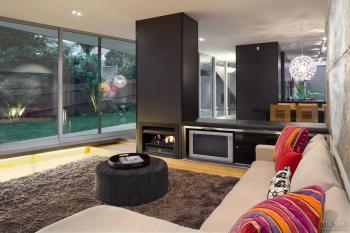 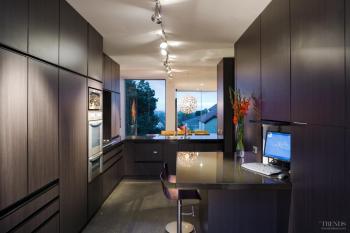 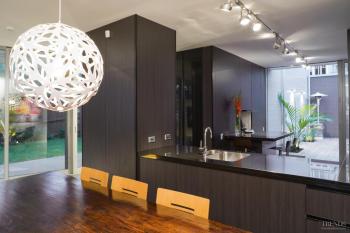 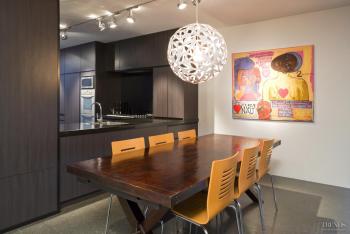 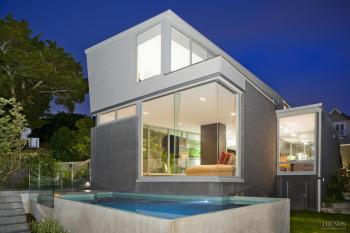 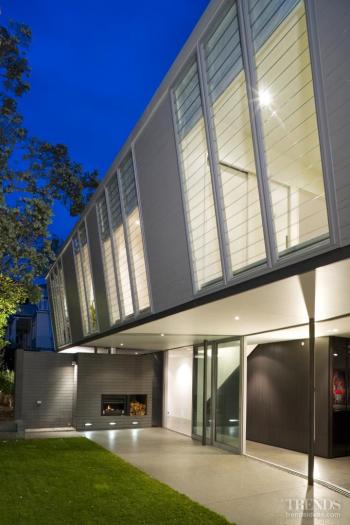 The upper structure overhangs the lower level on this side of the house, creating a covered outdoor area beneath. In contrast to the wall of cladding seen from the drive, the north side of the home is a wall of glazing on both levels.

On the home's eastern side, between garage and kitchen, a sheltered courtyard contributes to the indoor-outdoor flow.

While the structure's shape is a response to surroundings, the architects have created a house that works well visually on its own merits.

"The two levels of the house are designed to celebrate their differences," says Marshall. "We wanted the lower level to be a solid base, with the upper level having a lighter, floating presence."

To achieve this contrast, the cladding, windows, and interior columns on the ground floor are all substantial. On the upper level, a more refined feel is achieved, right down to the choice of slender louvres and window frames. Even the flashing separating the two levels has narrow proportions.

"Colour tones also play up the difference between the two sculptural forms, with the upper level and roof finished in lighter tones," he says.

"Downstairs, there are the public living areas – with the covered dining area borrowing space from the outdoors," says Marshall. "Stepping in the front door, you can see a vista right though the interior, providing an intimation of the views the home affords."

"The upstairs level is effectively a private pavilion, given over to bedrooms, bathrooms and a study," says the architect. "The sloping west facade not only provides drama and contrast with the lower cuboid, but also allows direct views down on the manicured lawn."

The house is designed to intrigue the eye in several ways. Set on land that slopes gently down from north to south, the ground level steps down internally in response.

"However, the ceiling plane is at one height throughout the interior, creating the impression that the ceiling climbs towards the scenery," says Marshall.