Contrasting tones, styles and textures elevate this warehouse from a cool sterile space to a warm home

Designer pieces often bring a strong sense of identity to a decor. But, if you're not careful, they can also create a sterile showpiece rather than a welcoming atmosphere to come home to.

Several elements were addressed to tame the large, cool space and give it a homey feel, says the interior designer.

"Very little was done to the structure or the warehouse's original large volume," says Mills. "We breathed life into the space simply by painting it, adding color highlights, and introducing a contrasting mix of furniture styles, textures, graphic art pieces, and lighting."

The architect painted the central living area in pale tones to provide a restful family living environment and to work as a backdrop for the large works of art. 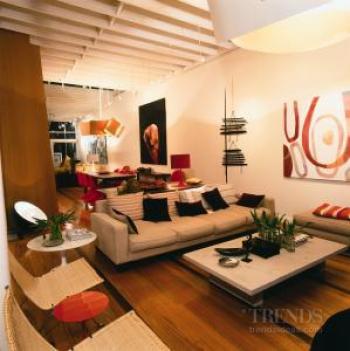 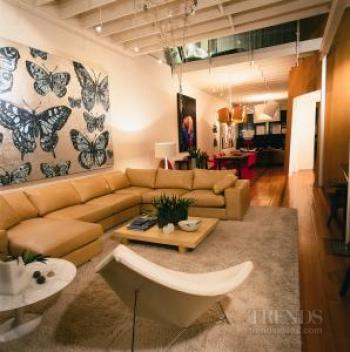 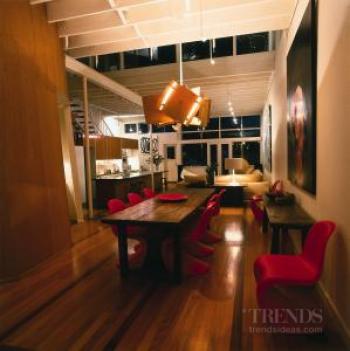 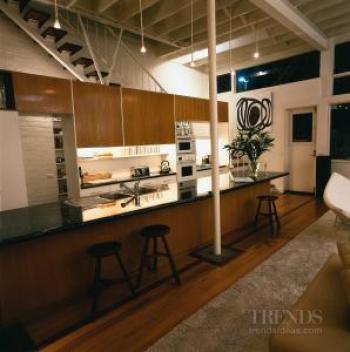 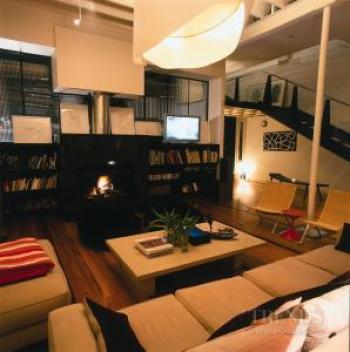 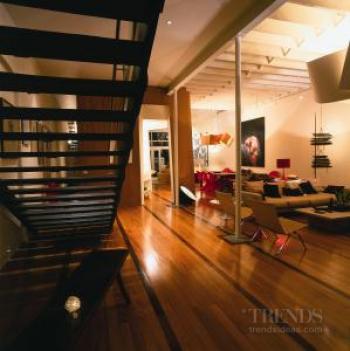 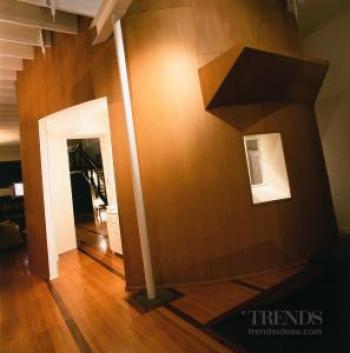 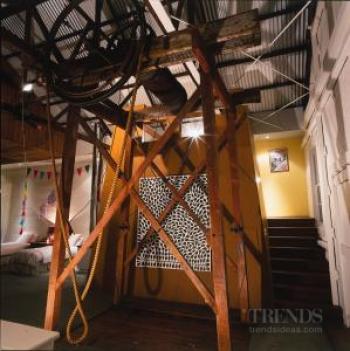 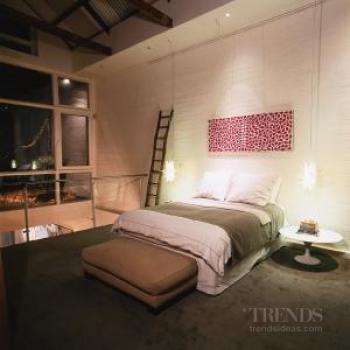 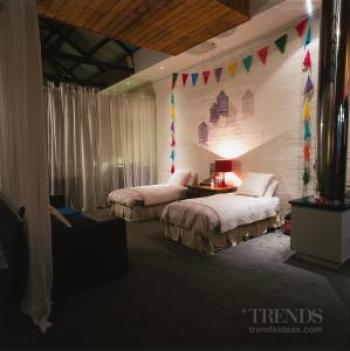 "The pale tones worked well with the pre-existing wood flooring," says Potter. However, highlights of red were introduced to break up the space and also provide visual interest."

Mills focused on large, solid, traditional pieces of furniture to anchor the interior.

"Elements such as a Normandy farmhouse table, an antique dining table, and a large Spanish chest brought an esthetically pleasing, classical tone to the living areas," says Mills.

The interior designer then mixed up the space with the introduction of more playful contemporary pieces and contrasting textures. For example, the rough-hewn dining table is contrasted with the modern, plastic Panton dining chairs.

The open-plan space has an eclectic mix throughout. Its various uses are demarcated through furniture placement, materials, lighting and even the artworks.

"There is a soft, Scandinavian feel right through the downstairs area – the woven flax chairs, for example, are a Danish design," says the designer.

Overall, there are three loosely defined living spaces. One, a warm and cozy area near the fireplace, the second, a central dining area, and the third, a larger casual area which includes the kitchen.

With regards to materials, the dining area, featuring predominately dark wood and colorful plastic, splits the two living areas, whose palettes are softer both in terms of color and furnishings.

"Rob's preference for graphic decorative pieces complemented the overall visuals of the space," says Potter. "The large butterfly artwork has the advantage of scaling down the expansive wall it hangs on. It also provides a defining focus for the larger seating area beneath it."

Two other large paintings predominate over the dining and fireside areas.

Upstairs, Potter divided two bedroom areas with the simple addition of a fine cotton curtain screen on tensioned wires. A painting featuring swirling reds is featured on a pale wall, linking the color scheme on the lower floor.

"A home should tell a human story and not just be a showcase," says Potter. "Solely contemporary or traditional pieces would have produced an empty feel – the mix achieved here has given it character."