This residence benefits from the smooth lines of Palliside cladding, installed by Xternal Solutions

Choosing the right exterior finish for your house can raise the project from the great to the exceptional. A professional installer who will see the vision through is likely to bring further peace of mind.

This clean-lined residence was created by architect Trevor Pyle of Masterplan Architectural for his own use, but with the possibility of selling it on in the future.

"I wanted the Millwater house to have a dynamic presence that would set it apart in the suburban context and looked at using traditional weatherboards.

"I felt their clean lines would work well with the modern style of the house, including elements like the feature panels and garage surround. While we were aware of Palliside as an option, it was not originally considered for this project.

"However, besides standing out in terms of aesthetics, the house had to reflect versatile interiors, affordability and easy upkeep. It was the last two points that brought us round to consider Palliside Traditional Weatherboards. Being built for New Zealand weather and never needing painting were big pluses – especially on a two-storey home where scaffolding would have been needed. The cautious side of me also appreciated the 25 year guarantee." 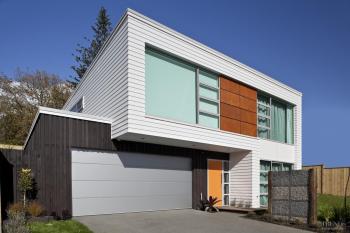 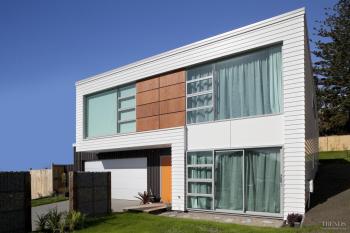 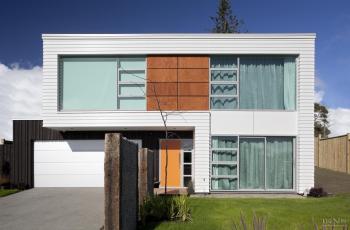 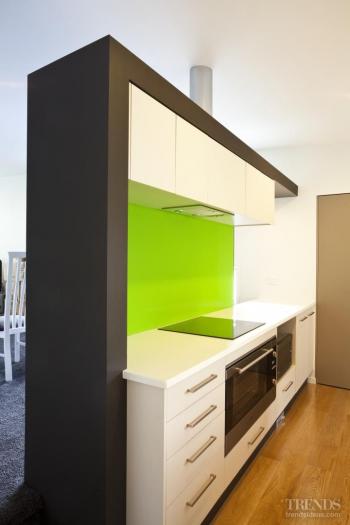 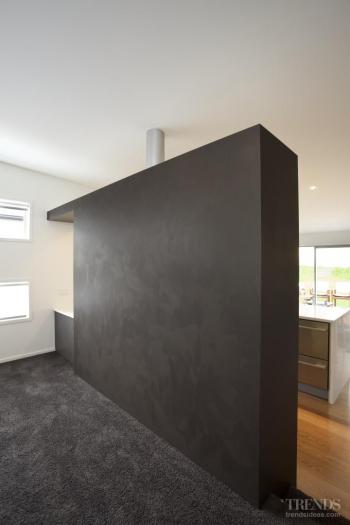 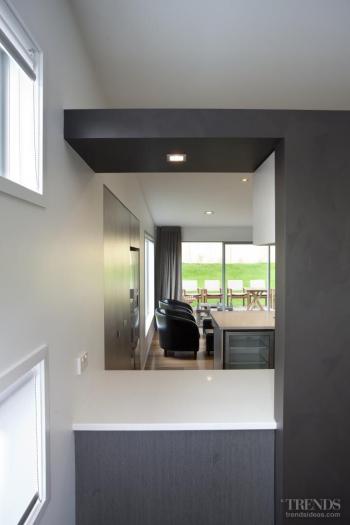 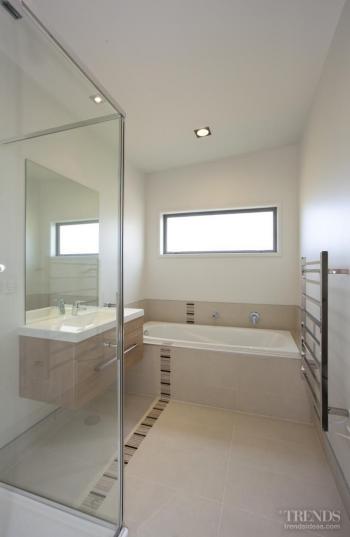 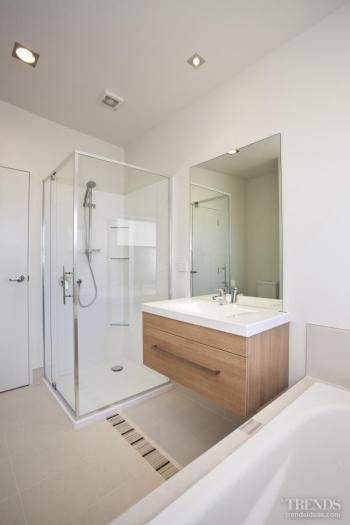 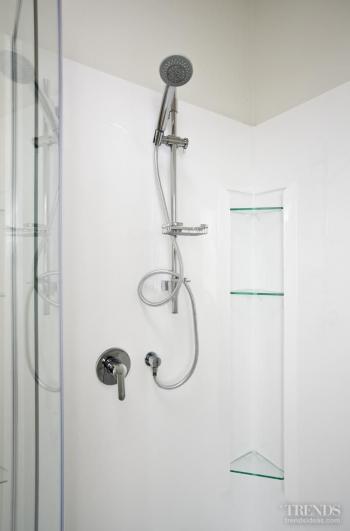 Tony Hodge of Xternal Solutions has had many years experience working with a variety of cladding options, including Palliside. He says the Millwater job was a slight departure from its more typical use.

"The Palliside weatherboard profile is most often used on traditional homes as it offers the shadow-lines and characteristic definition of timber weatherboards."

"However, we have been installing this product for over a decade now and it also translates well into modern homes.

"Our commitment to Palliside has seen Xternal Solutions become a direct service provider," says Hodge. "Besides versatility and great looks, the weathertight nature of the product and its enduring nature have both played a major part in its popularity."

When Trevor Pyle specified finishes for the house he chose Dulux paint for several prominent elements, including the front door and the interior surfaces.

"We chose Dulux Wairakei, a serene off-white, for the surfaces and contrasted these with darker elements in Dulux Mt Inaccessible. The front door is in a vivid Okarito, turning a practical element into an eye-catching feature."

In addition, Mt Inaccessible was used for the waterproof board behind the feature wall on the exterior – it can be seen behind the panels as shadow lines.

"The selection to choose from was mind-boggling and we cherry-picked the precise elements for the look we wanted."

However, Trevor Pyle doesn't live in this house now. A passerby walked up to the colourful front door and asked if he could buy the house outright – and he did.