Preserving the architectural heritage of our cities has taken on a new significance in recent years, and historic neighborhoods, such as Manhattan's Greenwich Village, are clearly reaping the rewards.

This townhouse in the West Village caught the eye of new owners, who had been planning and dreaming about the perfect home for several years. But it was the location, size and potential that attracted the couple, rather than the interior.

Architect Jane Sachs of HS2 Architecture, who was commissioned to design the renovation, says that at some time in the past the house had been torn apart and put back together badly.

"There was nothing worth saving inside," she says. "We gutted the entire house, leaving just the front facade and two party walls standing. Even the floors had to be replaced."

Sachs says the townhouse is in a heritage district, so every part of the project had to be approved by the Landmarks Preservation Commission. This also meant the front facade needed to replicate the original house, as it would have looked in 1828. Even the color of the front door was subject to approval. 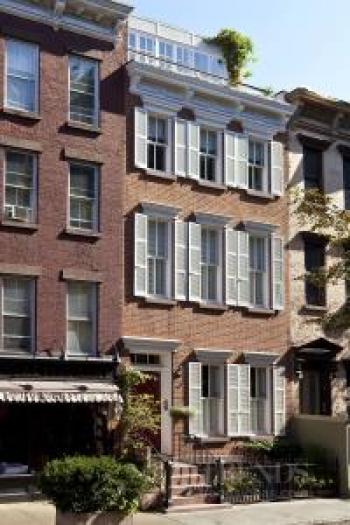 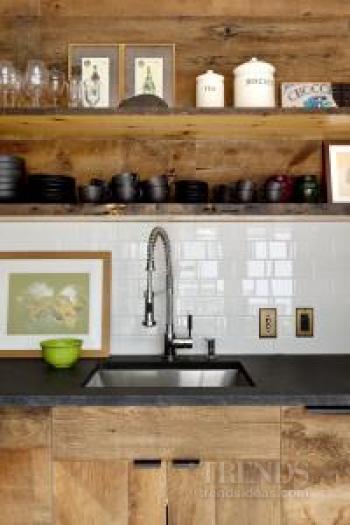 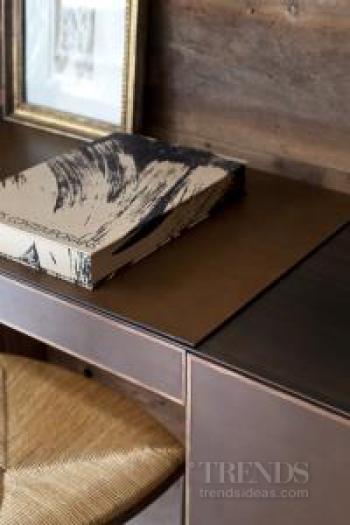 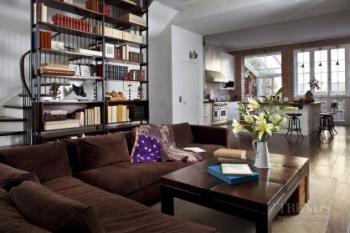 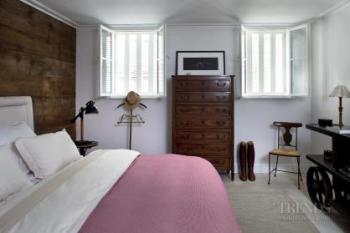 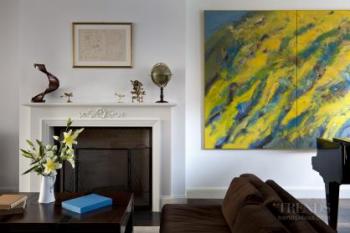 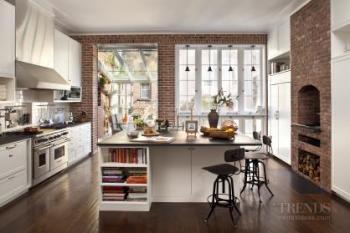 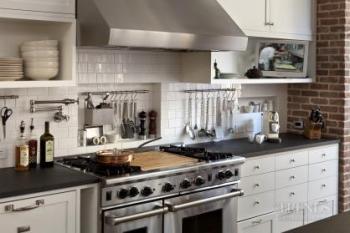 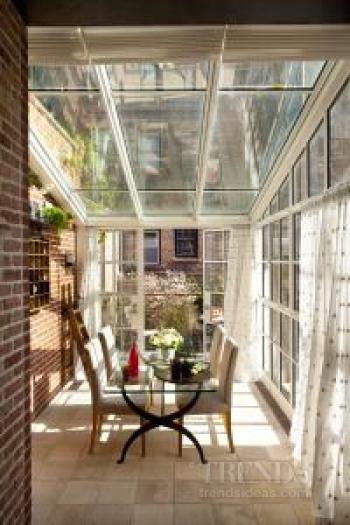 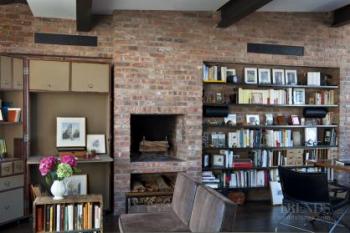 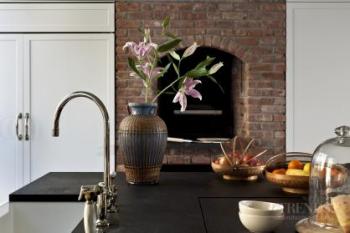 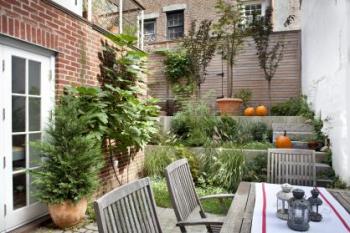 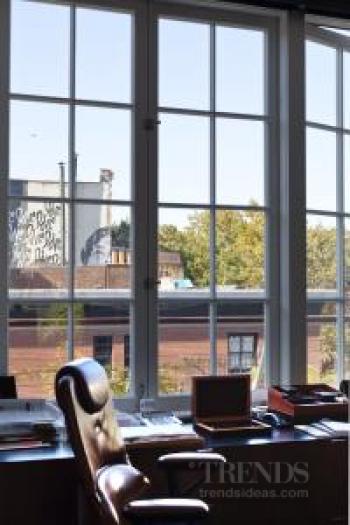 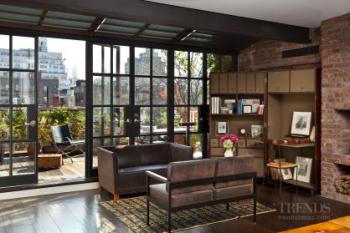 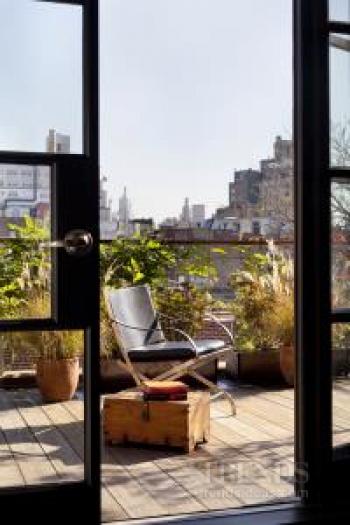 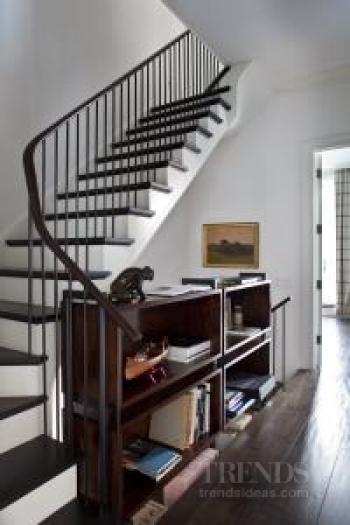 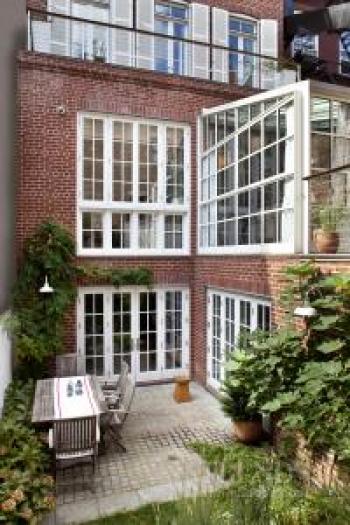 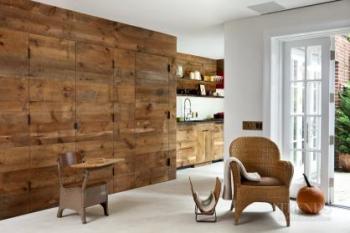 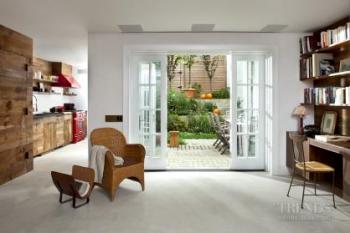 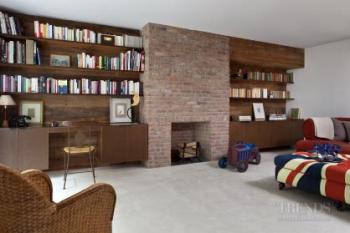 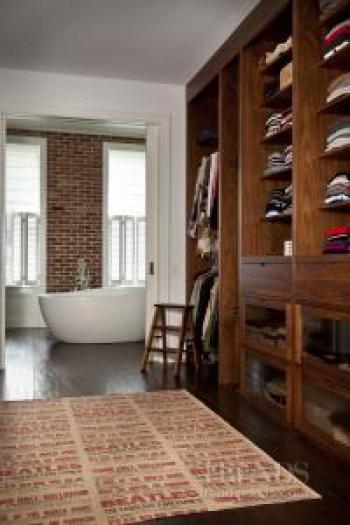 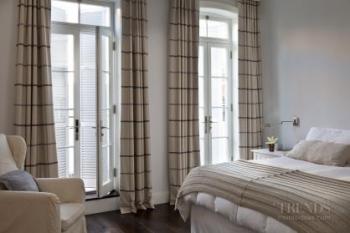 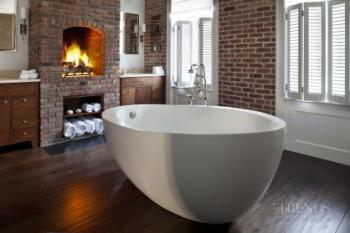 "The new white-painted double-hung windows were modeled on the originals. We were able to save the steel lintels, but these were refurbished and repainted. We also reintroduced shutters, which had been removed at some stage. "

On the inside, however, the focus was on creating a home well suited to modern living. Maximizing the available light was a priority, especially as natural light can enter only from the front and rear.

"Typically, the living and dining rooms in these townhouses are on the entry level, while the kitchen is on the lower floor that opens out to the garden," the architect says. "But everyone gathers in the kitchen, which means the main floor may be seldom used.

"These owners love to cook and entertain, so we created one large open-plan living space on the main level. The kitchen is at the rear, where the sun pours in. We pushed out part of the kitchen and the end wall is almost entirely glazed with 10ft-high windows. We also created a greenhouse off the kitchen, which is where we placed the dining area."

Materials are in keeping with the era of the house. A new fireplace in the kitchen is built from reclaimed bricks, and the exposed brick of the exterior walls contrasts white walls and cabinetry.

The new floors feature engineered hand-hewn walnut planks, chosen for their look and suitability – they can withstand the radiant heating built into each floor.

Another key feature of the living area is a large bookcase made from steel and wood.

"The bookcase is a very sculptural piece, which you can see when you first walk into the house," says Sachs. "It soars up beside the stair balustrade, increasing the verticality of the space and leading the eye upwards. It's also a recognition that one of the owners is a writer who works from a study at home."

This study occupies the entire top floor of the house, and has doors leading out to balconies at the front and rear.

"The traditional detailing on the main living floor is gradually pared back as you go up through the house," says the architect. "In the study at the top, it is a much more modern sensibility. There are no crown mouldings for example.

"We also introduced an entire wall of steel windows and doors at the rear. These open right up to the terrace overlooking the garden. This is the owner's private world, a place where he can escape to work on his projects."

The master suite is another private sanctuary for the owners. This occupies the third floor, with the bedroom opening to another balcony above the garden. The bedroom is also open to a large dressing room lined with custom walnut shelving. This in turn leads to a spacious bathroom reminiscent of a five-star resort. A freestanding oval tub takes pride of place in the center of the room, and there is a cozy gas fire for cool evenings.

Children's bedrooms, a guest bedroom and study are on the fourth floor, and there is another guest suite and media room at garden level.

"This is a self-contained space with its own fully equipped kitchenette," says Sachs. "We wanted to create a different atmosphere on each floor, and because this space opens directly onto the garden, we gave it a more rustic look. The cabinetry features reclaimed barn wood, which makes a strong contrast to the white concrete floor."

To maximize the ceiling heights on every level, ducting for mechanical services was hidden in walls and cabinets, the architect says.

"Major projects such as this do tend to take on a life of their own," Sachs says. "But the attention to detail and close collaboration with the owners every step of the way has created a home where every floor is used to the fullest extent, and nothing is wasted."